The Poisson Process and Poisson Distribution, Explained (With Meteors!)

Statistics can be fun if you learn key concepts the right way. Here’s a straightforward walk-through of the Poisson distribution and Poisson process. 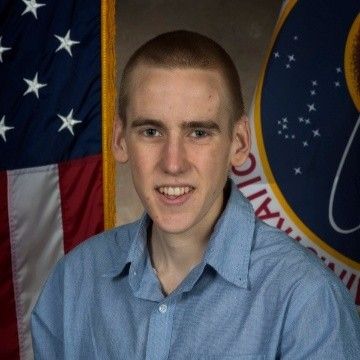 Do you know the real tragedy of statistics education in most schools? It’s boring! Teachers spend hours wading through derivations, equations, and theorems. Then, when you finally get to the best part — applying concepts to actual numbers — it’s with irrelevant, unimaginative examples like rolling dice. It’s a shame because stats can be engaging if you skip the derivations (which you’ll likely never need) and focus on using the concepts to solve interesting problems.

So let’s look at Poisson processes and the Poisson distribution, two important probability concepts. After highlighting the relevant theory, we’ll work through a real-world example.

An intro to the Poisson Process

What is a Poisson Process?

A Poisson process is a model for a series of discrete events where the average time between events is known, but the exact timing of events is random. The arrival of an event is independent of the event before (waiting time between events is memoryless). For example, suppose we own a website that our content delivery network (CDN) tells us goes down on average once per 60 days, but one failure doesn’t affect the probability of the next. All we know is the average time between failures. The failures are a Poisson process that looks like:

We know the average time between events, but the events are randomly spaced in time (stochastic). We might have back-to-back failures, but we could also go years between failures because the process is stochastic.

A Poisson process meets the following criteria (in reality, many phenomena modeled as Poisson processes don’t precisely match these but can be approximated as such):

The last point — events are not simultaneous — means we can think of each sub-interval in a Poisson process as a Bernoulli Trial, that is, either a success or a failure. With our website, the entire interval in consideration is 60 days, but each with sub-interval (one day) our website either goes down or it doesn’t.

An intro to Poisson Distribution

What is a Poisson Distribution?

The Poisson distribution probability mass function (pmf) gives the probability of observing k events in a time period given the length of the period and the average events per time:

The pmf is a little convoluted, and we can simplify events/time * time period into a single parameter, lambda (λ), the rate parameter. With this substitution, the Poisson Distribution probability function now has one parameter:

We can think of lambda as the expected number of events in the interval. (We’ll switch to calling this an interval because, remember, the Poisson process doesn’t always use a time period). I like to write out lambda to remind myself the rate parameter is a function of both the average events per time and the length of the time period, but you’ll most commonly see it as above. (The discrete nature of the Poisson distribution is why this is a probability mass function and not a density function.)

Learn More From Our Data Science ExpertsWhat Is Multiple Regression?

We could continue with website failures to illustrate a problem solvable with a Poisson distribution, but I propose something grander. When I was a child, my father would sometimes take me into our yard to observe (or try to observe) meteor showers. We weren’t space geeks, but watching objects from outer space burn up in the sky was enough to get us outside, even though meteor showers always seemed to occur in the coldest months.

We can model the number of meteors seen as a Poisson distribution because the meteors are independent, the average number of meteors per hour is constant (in the short term), and — this is an approximation — meteors don’t occur at the same time.

All we need to characterize the Poisson distribution is the rate parameter, the number of events per interval * interval length. In a typical meteor shower, we can expect five meteors per hour on average or one every 12 minutes. Due to the limited patience of a young child (especially on a freezing night), we never stayed out more than 60 minutes, so we’ll use that as the time period. From these values, we get:

Five meteors expected mean that is the most likely number of meteors we’d observe in an hour. According to my pessimistic dad, that meant we’d see three meteors in an hour, tops. To test his prediction against the model, we can use the Poisson pmf distribution to find the probability of seeing exactly three meteors in one hour:

We get 14 percent or about 1/7. If we went outside and observed for one hour every night for a week, then we could expect my dad to be right once! We can use other values in the equation to get the probability of different numbers of events and construct the pmf distribution. Doing this by hand is tedious, so we’ll use Python calculation and visualization (which you can see in this Jupyter Notebook).

The graph below shows the probability mass function for the number of meteors in an hour with an average of 12 minutes between meteors, the rate parameter (which is the same as saying five meteors expected in an hour).

The most likely number of meteors is five, the rate parameter of the distribution. (Due to a quirk of the numbers, four and five have the same probability, 18 percent). There is one most likely value as with any distribution, but there is also a wide range of possible values. For example, we could see zero meteors or see more than 10 in one hour. To find the probabilities of these events, we use the same equation but, this time, calculate sums of probabilities (see notebook for details).

To visualize these possible scenarios, we can run an experiment by having our sister record the number of meteors she sees every hour for 10,000 hours. The results are in the histogram below:

(This is just a simulation. No sisters were harmed in the making of this article.)

On a few lucky nights, we’d see 10 or more meteors in an hour, although more often, we’d see four or five meteors.

Experimenting With the Rate Parameter

First, let’s change the rate parameter by increasing or decreasing the number of meteors per hour to see how those shifts affect the distribution. For this graph, we’re keeping the time period constant at 60 minutes.

Another option is to increase or decrease the interval length. Here’s the same plot, but this time we’re keeping the number of meteors per hour constant at five and changing the length of time we observe.

It’s no surprise that we expect to see more meteors the longer we stay out.

An intriguing part of a Poisson process involves figuring out how long we have to wait until the next event (sometimes called the interarrival time). Consider the situation: meteors appear once every 12 minutes on average. How long can we expect to wait to see the next meteor if we arrive at a random time? My dad always (this time optimistically) claimed we only had to wait six minutes for the first meteor, which agrees with our intuition. Let’s use statistics to see if our intuition is correct.

With our example, we have one event per 12 minutes, and if we plug in the numbers, we get a 60.65 percent chance of waiting more than six minutes. So much for my dad’s guess! We can expect to wait more than 30 minutes, about 8.2 percent of the time. (Note this is the time between each successive pair of events. The waiting times between events are memoryless, so the time between two events has no effect on the time between any other events. This memorylessness is also known as the Markov property).

A graph helps us to visualize the exponentially decaying probability of waiting time:

Rearranging the equation, we can use it to find the probability of waiting less than or equal to a time:

To visualize the distribution of waiting times, we can once again run a (simulated) experiment. We simulate watching for 100,000 minutes with an average rate of one meteor per 12 minutes. Then we find the waiting time between each meteor we see and plot the distribution.

The most likely waiting time is one minute, but that’s distinct from the average waiting time. Let’s try to answer the question: On average, how long can we expect to wait between meteor observations?

The average of the 10,000 runs is 12.003 minutes. Surprisingly, this average is also the average waiting time to see the first meteor if we arrive at a random time. At first, this may seem counterintuitive: if events occur on average every 12 minutes, then why do we have to wait the entire 12 minutes before seeing one event? The answer is we are calculating an average waiting time, taking into account all possible situations.

If the meteors came precisely every 12 minutes with no randomness in arrivals, then the average time we’d have to wait to see the first one would be six minutes. However, because waiting time is an exponential distribution, sometimes we show up and have to wait an hour, which outweighs the more frequent times when we wait fewer than 12 minutes. The average time to see the first meteor averaged over all the occurrences will be the same as the average time between events. The average first event waiting time in a Poisson process is known as the Waiting Time Paradox.

As a final visualization, let’s do a random simulation of one hour of observation.

Well, this time we got precisely the result we expected: five meteors. We had to wait 15 minutes for the first one then 12 minutes for the next. In this case, it’d be worth going out of the house for celestial observation!

The next time you find yourself losing focus in statistics, you have my permission to stop paying attention to the teacher. Instead, find an interesting problem and solve it using the statistics you’re trying to learn. Applying technical concepts helps you learn the material and better appreciate how stats help us understand the world. Above all, stay curious: There are many amazing phenomena in the world, and data science is an excellent tool for exploring them.