What Are Boomerang Employees? 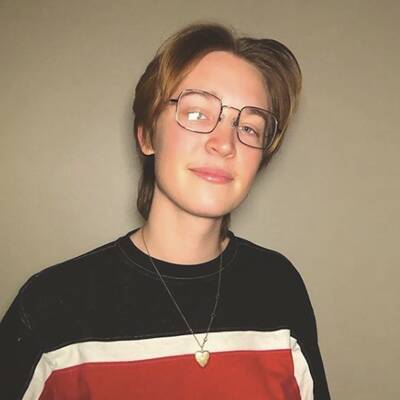 Most career paths don’t follow a straight line. If they did, we would all be ballerinas, firefighters and astronauts, just like we said in kindergarten. It’s normal to waver back and forth between roles and even industries. Wherever it takes you is okay — even if you wind up back where you started.

Boomerang employees are exactly what they sound like — people who return to a company or team they previously left. Boomerang hires do pose their own risks, but giving them consideration can help leaders save money, conserve time, and compete successfully in a narrowing talent pool.

Though their decision to return may take you by surprise, it’s important to plan talent strategy with them in mind, said Daniel Phelps, VP of talent acquisition at San Francisco-based cloud AI company Genesys.

What Are Boomerang Employees?

A boomerang employee is an employee who returns to a company that they previously left. Boomerang employees may want to return to a previous role because other opportunities didn’t fit, they miss the company’s culture, or they’re excited about a direction change at their previous company.

“​​I encourage companies to be open minded about welcoming talent back,” he said. “How someone leaves, and the sentiment they retain of their previous employers, impacts future success for everyone and developmental opportunities abound.”

Here are the positives and negatives of hiring boomerang employees, as well as how leaders can set them up for success.

More on Career Changes15 Tips for Quitting Your Job

Hiring Managers Should Be Open to Boomerang Employees

“In the last few years, we have seen a growing trend for employees to return to previous employers,” he said. “The Great Resignation also sparked the Great Regret — we’ve seen employees resign and then retract that resignation or leave, only to return a few months later.”

Boomerang employees may want to return to previous companies if the opportunity they went after didn’t pan out or they miss the security of a familiar environment. New leadership or changing market conditions could mean different business priorities and growth opportunities that make their previous company more attractive.

“There are a myriad of reasons why an ex-employee may want to return to a previous company,” said Tim Rowley, COO and CTO of Chicago-based recruiting software company PeopleCaddie. “The ex-employee may have been experiencing a temporary personal situation that made it necessary for them to leave the workforce for an indefinite period, and they may like to return after the situation has been resolved. [They] may have also become a consultant, and desire to have their former employer as a client.”

Every circumstance is different. But typically, it’s in the company’s best interest to be open to boomerang employees, Tyler Pearl said. The hiring market is only getting more competitive for good talent.

“If those relationships stay intact, you can bring people in that are ultimately proven assets, and can hit the ground running,” said Pearl, the head of talent acquisition at Boston-based engineering company MORSE Corp.

The Benefits of Boomerang Employees

Finding the right new hire is only half the recruiting battle. Onboarding brand new employees is time consuming and costly. It can take a new employee nearly eight months to reach their full productivity potential at their new role, according to research from Allied HR. What’s more, the cost of onboarding each new hire is around $4,100, said a study from SHRM.

Hiring a boomerang employee can cut back on these expenses. Returning employees already know the ropes and will be able to jump into the mix a lot faster. Rehiring previous employees can also save leaders between 33 and 67 percent of their recruitment budget, according to research from Success Factors. On top of that, they’ll already know the company culture too.

“Unless a person left due to something that hasn’t been resolved, there typically aren’t any drawbacks to boomerangs.”

“Many boomerang employees have that sense of comfort, like returning to an old class,” Phelps said. “They know the landscape, the people, and the culture, which they can ease back into.”

There are potential risks and downsides that come with rehiring old teammates. Bringing in new talent can use up more of the budget, but Rowley said their “fresh, new ideas and a different perspective,” can give them an edge.

The success of a boomerang hire all depends on the circumstances of their departure. For example, if an employee only wants to return because they were laid off from a previous role, but don’t express real interest or excitement about the company, they could just be returning out of desperation and wind up leaving as soon as the next opportunity arises. Avoiding situations like this, Phelps said, comes down to one thing: communication.

“Unless a person left due to something that hasn’t been resolved, there typically aren’t any drawbacks to boomerangs,” he said. “The good news is that this can be avoided by having good conversations during the rehire interviews to delve into their motivations.”

Set Boomerang Employees Up for Success

Thus far, it may seem like a boomerang employee has to be the one to initiate the conversation about returning to your company. But that’s not the case — employers can also make the first move, Rowley said.

“The outreach can naturally flow in either direction,” he said. “A LinkedIn message would be an informal way to reach out to the former employee.”

Onboarding boomerang hires may cost leaders less money, but it does come with its own challenges. Depending on what’s changed, make sure the employee is caught up on new priorities, goals and yearly targets. Set them up to succeed — be clear with them about what they can expect in this role.

“It’s important to be transparent about what’s different and how the company vision might be evolving,” said Pearl. “That way, the returning employee can make that decision as to their path forward.”

A return does not mean failure. In fact, it might make them a stronger employee. Those employees will have their previous experience, plus new perspectives and skills they developed while away.

“Leaders should see the value in this and learn to embrace the idea of building long term brand ambassadors,” said Phelps.

In short, rehiring a past employee might be unconventional. There is a risk of them leaving again. Take it on a case-by-case basis and keep an open mind, said Phelps. The first and most important step to include boomerang employees in your talent strategy? Create an environment they want to come back to.

“The key to this is always fostering a culture of respect,” he said. “If you can do this, you will build a stronger culture, empower growth mindsets and development, and create brand ambassadors.”