Create the Classic Snake Game With Processing Library and Java

Here’s a hands-on tutorial to help you create your own version of the classic snake game with Processing and Java. 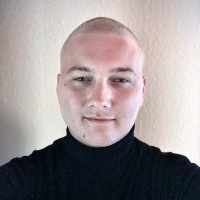 Do you know the basics of Java or Processing and want to start developing your own games or maybe just recreate one of the classics? This article describes the process of building the classic Snake game using Processing.

Processing is a graphical library and a development environment (IDE). It provides a graphical interface that can be used to draw different shapes and text. setup(), draw(), and keyPressed() are built-in Processing methods used to handle initialization, continuous behavior, and keypress events. ArrayList can be used to create a dynamically sized list and PVector specifies a vector, and provides methods to calculate the distance between vectors. The movement of the snake is created by looping the snakePositions in reversed order and assigning the position of each element to the position of the element before reaching the snake’s head which is moved towards the direction specified in snakeDirection.

Processing is a graphical library and integrated development environment (IDE). The library is built on Java and provides additional classes and simplifications. You can download and install Processing; make sure to download the installable matching your preferred platform.

Processing provides many methods to control the flow of an application, for example: control key events, initialization or continuous behavior. Two important methods to know to get started with Processing are the methods setup() and draw(). Another built-in method I’ll introduce later is keyPressed(). The behavior of the three methods are:

Processing also provides a graphical interface where the point (x, y) = (0, 0) is at the left top corner (see figure one below). Drawing shapes within Processing is very simple because the library provides primitive two-dimensional methods such as rect(x, y, w, h), circle(x, y, r) or line(x1, y1, x2, y2).

More on Gaming From Built InWhat Does the Future of Gaming Look Like?

As with every project, it can be a great idea to establish a couple of requirements to set the direction and outline an overview of necessary features. Here are the requirements of the game, followed by a description of the code further below.

The requirements for the game are:

3. How to Code the Classic Snake the Game

To keep the article simple, the following section is divided into different steps of coding the game.

Here is a short overview of the data types used to add properties to the game. Boolean and float are primitive data types; boolean refers to a value that can be either true or false, and float refers to a number that, unlike an integer, can specify a whole number and a decimal part.

The first step is to add global properties that can store information about size, positions, etc. The first two properties to add are gameover and s (see code below). We use the boolean variable gameover to check if the player has lost the game and the float variable s specifies the size of the rectangles representing the objective and the snake.

Display the first two properties of the game:

When the general properties are in place, it’s time to add the properties for the snake. The snake will require a property specifying the position of each rectangle representing the snake’s tail and head. The snake will also require a property specifying the direction of the snake. To store the positions of the snake’s rectangles, add a property called snakePositions of the type ArrayList<PVector>. To store information about the snake’s direction, add a property called snakeDirection of the type PVector.

This code shows the snake’s properties:

The last property the game requires is a variable specifying the positions of the objective. Add a property called objPosition of the type PVector.

This code shows the property of the objective:

The next section covers a couple of helper methods used to help simplify the explanation of the game. The first method is used to check if the position of two points overlap.

We can define the method’s procedure as follows:

This code shows an implementation of a method that returns true if two points overlap.

The next method is used to give a vector a random position.

The method’s procedure is as follows:

This code shows a method that gives a vector a random position within the given boundaries.

The procedure of endgame() is:

The procedure of reset() is:

This code shows the implementation of a method used to end the game and another used to reset the properties of the game.

More Tech Tutorials on Built InWhat Is the @ Symbol in Python and How Do I Use It?

The next method, the game requires, is the built-in setup method which is called once when the application starts.

The method’s procedure is as follows:

This code shows the implementation of the built-in method: setup.

The built-in method draw() is called continuously until the application is stopped. The code within the draw() method is a bit more complex than other methods presented in the article and the code is, therefore, divided into several parts in the following section.

We can describe the procedure of the code presented below as follows:

This code displays the implementation of the built-in method: draw.

Why loop the snakePositions from the end to the start? The reason is related to the snake’s movement. Whenever the head of the snake moves one time in some direction, each rectangle of the tail also has to be moved one time.

The code is, therefore, designed as follows:

This code displays the implementation of the snake’s movement:

The procedure for when the snake reaches the screen’s borders (L 14–18):

The procedure for when the snake’s head overlaps with the objective (L 22–29):

The procedure for when the snake’s head overlaps with one of its tail elements (L 34–39):

This code displays the implementation of the functionality handling whenever the snake reaches the screen’s borders and handling overlaps between the snake’s head and tail.

The last functionality the game requires is something handling key events.

The directions the snake can move can be defined as follows:

The procedure for the keyPressed() method is:

This code displays the implementation of the method handling keypress.

Now you’ve got your very own classic snake game.

You can find a full example of the code in my GitHub Gist.