How to Build a Career in the Gaming Industry

The industry has always sat apart from the rest of tech. So what does it take to break in and build a career creating video games?
Written byQuinten Dol

Video games combine all of the most exciting and cutting-edge technologies in software, from graphics, storytelling and art to infrastructure and cybersecurity. Nevertheless, the industry has always stood apart from the rest of the software world, occupying a space that can be tough for ambitious techies to break into from mainstream tech.

To learn what it takes to build a career in the gaming industry, we spoke with two tech leaders at leading gaming companies in Seattle — one of the United States’ premier hubs for indie game studios and industry monoliths alike. 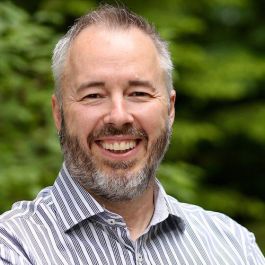 Founded by former Bungie CEO Harold Ryan, ProbablyMonsters is a company that creates and oversees internal game studios, handling staffing, creative development and other aspects of business on their behalf. The company was founded to create a constructive and supportive environment for developers in the gaming industry, which has a reputation in some quarters for being a demanding place to work. Just two years after emerging from stealth mode, ProbablyMonsters recently revealed a $200 million funding round, the largest Series A in gaming history.

Matthews leads the company’s Cauldron Studios and has helped build franchises like God of War and Destiny.

How and where did you first get started in the gaming industry?

I was going to school in Chicago with a double major in art and biochemistry, freelancing as a pen-and-ink illustrator and packaging designer to keep myself flush with ramen while I went to school. I had a few programming classes and had been dabbling in computer graphics. While I was looking for internships in my senior year, intending to find work in genetics, I was also pursuing art as a source of income.

I saw an ad in the newspaper for a job labeled as “computer artist.” I had no clue what was involved, but I gave them a call. They asked if I could bring down my flatwork and any digital work that I had. At the end of the meeting, I realized I had been a candidate in an interview. They said they thought I was overqualified for the job. I thought to myself, “How can I be overqualified? I don’t even know what the job is.”

I started in the industry as an art director on a dev team of six, with two of us as artists. The role’s responsibilities were pretty much the same as they are today, but obviously the scope was drastically different. I started working on my first game for the Sega Genesis almost 30 years ago and have never looked back.

“I would suggest building strength in your core discipline, finding the elements within that discipline that truly speak to you, and honing your skills in that direction.”

What skills did you need to develop early in your career, and how has that essential initial skill set changed over time?

Even if you never plan on pursuing activities outside of your discipline, learning how other groups approach development will make you a stronger and more cognizant contributor to your team. Explore a variety of engines so you can articulate the strengths of one over the other and what elements will best suit your game. Learn a little about the psychology of game design to build greater affordance in all the content created. Take the time to understand the goal of the project’s style and aesthetics to help align player needs with mood and tone. When building a game, it’s really about the sum of its parts, and the more they work together in concert, the stronger the experience will be.

I would suggest building strength in your core discipline, finding the elements within that discipline that truly speak to you and honing your skills in that direction. It’s not a sprint but a marathon, and endurance is critical. Set your expectations to learn as much as you can from the people around you (within and outside of your discipline), and take the time to learn your industry. Play games, dissect them, break them down to understand why a feature is great or where something could be improved, and talk about them with others on your team.

Being an individual contributor in the industry is not just about being excellent in your craft; it’s also about being a solid developer and knowing how to work as a team. Show strong competency in both, and you will always be successful. 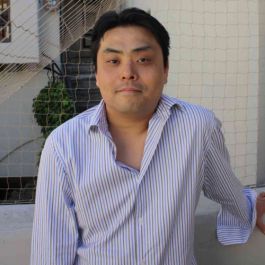 Big Fish Games develops, publishes and distributes games in the casual and social casino categories for desktop, online and mobile. The company also produces a platform for third-party developers. Founded in 2002, the company was acquired in 2017 by Australian casino firm Aristocrat Leisure for just short of a billion dollars, a deal which Aristocrat said would create the world’s second-largest social casino publisher.

Nomura got his start in the industry after graduating from the University of Oregon and moving back to Japan to join gaming company Namco, creator of iconic titles like Pac-Man and Tekken. At Big Fish Games, his shared technology group is currently embedded in sandbox-style merging game EverMerge.

What technical skills did you need to develop early in your career, and how has that essential initial skill set changed over time?

My first few projects were on console games, and I needed to develop general coding skills and skills for optimization. Over time, as I changed my titles, I needed to develop my ability to find a problem in the game, the development process or any area with room for improvement so that the team could be more efficient and successful. After moving to the mobile game industry, I needed to develop a number of skill sets including data mining, product management, project management, game system design and technical design.

“The game balance is one of the most important things to create a fun player experience, and running multiple A/B tests efficiently helps us to provide it.”

What are you working on right now?

My team is a shared technology group embedded in Big Fish Games’ hit title, EverMerge. We are developing the systems that accelerate LiveOps and the A/B test executions in EverMerge. The game balance is one of the most important things to create a fun player experience, and running multiple A/B tests efficiently helps us to provide it. We also provide an engineer solution service to the project by integrating software development kits and solving technical issues. I’m a technical director on the team, and my main focus is to decide the technical direction. However, I do whatever is needed for the team and EverMerge to be successful.

What are the major technological changes or trends currently changing the way your teams build games?

Mobile social game development is really dynamic. We are receiving new information every day. We need to be flexible and agile, and we design our systems and workflow to be efficient in this environment.

Get Alerted for Jobs from Big Fish Games
Gaming