To attract and retain the best workforce, employers need to pay their talent for what they’re worth, not for where they’re at. 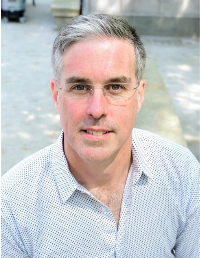 There are clear economic gains for companies supporting a remote workforce: increased productivity, reduced real estate costs, office expenses, and often tax benefits for a more geographically dispersed workforce. And yet, many companies starting to offer remote or hybrid working options aren’t passing along those gains. Or worse, they risk becoming less competitive if they devalue the work itself.

Over the past month, a steady stream of announcements from large companies that some workers can continue to work from home some of the time indicates a newfound respect for remote work. Employers finally see that work can be done effectively off site, and that it’s beneficial for them and workers.

On the surface, employers are embracing the remote work or hybrid concept. They appear to have heard the loud-and-clear message from employees who want the flexibility to do their jobs effectively but with better boundaries around their personal life. Facebook, Google, and Twitter are among the big names that have extended work-from-home opportunities for some employees indefinitely. These companies say they want to support those who have been thriving off-site while others return to the office.

But for some, there’s a catch. If you stay home, you may face a pay cut, especially if you move away from HQ. The argument goes that if you’re not living in the city, you don’t need city wages. However, in reality pay cuts create a risk of devaluing the work done remotely. The move can intentionally or unintentionally indicate that remote work is not as good as work done in an office. By contrast, putting remote work on an equal footing is key to business competitiveness.

Penalizing remote workers with lower wages sends the signal that in-office work is more valuable. It implies that the company prefers to have people in the office. Therefore, those who choose to work from home risk being seen as second-class citizens on their team and could be overlooked for promotion opportunities.

Deutsche Bank Research has gone even further, suggesting that those who choose to continue working from home beyond the pandemic should be taxed to support those who don’t.

The implication that remote work is less valuable or less effective is entirely misguided based on what we’ve experienced in recent months and what multiple studies have shown. Ultimately, it could erode the benefits of remote work for companies and individuals. And it will certainly lead to resignations by undervalued staff in favor of better remote working conditions.

Having run a fully remote business for almost seven years, we recently moved away from using pay bands based on remote working location. We realized that to attract and retain high-caliber talent, we had to offer the candidate the same level of income potential as any other position. Thus, our pay bands are solely based on experience. Since doing so, our company has doubled in size, attracting and retaining the best talent in the market.

The advantage of remote work is that it allows for the flexibility that people need to perform at their very best. They can work in a way that makes sense for them and their employer. People can be valued for what they bring to the role and contribute, not merely for how many hours they sit in the office. From an employer’s perspective, companies can hire the best people for the position wherever they live, rather than hiring the best people living close to an office, which helps create a more diverse workforce.

Working from home is just as effective as working in the office, and sometimes more so, according to a two-year analysis by Great Place to Work. That study compared productivity of workers during the first six months of the pandemic to a prior period. Productivity didn’t drop. In fact, it went up. Without commutes and long in-person meetings, people were able to get more done and often in less time.

Productivity jumped 47 percent during the pandemic, led by remote workers, according to Prodoscore Research. It’s interesting to note that the use of calendar apps dropped by more than 22 percent. Maybe fewer meetings contributed to getting more work done.

The economic gains of remote working are not only enjoyed by the employer; there are tangible benefits to the worker that can’t be overlooked. In addition to gains in leisure time, which can help protect the worker from burnout, there are actual savings in commuting costs to workers. These include less wear and tear on cars, lower fuel cost, not to mention that fewer vehicles on the road helps preserve the infrastructure of our communities and reduces our daily carbon footprint.

Promoting Remote Work Paves the Way for a Stronger Future

Based on what we’ve seen from the success of remote work recently, instead of demoting the value of this work, we should be looking at how to support remote workers and make them feel that they are an integral part of the team. For example, companies should invest in home office furniture and technology to support their home-based teams and ensure their environment is as conducive to productivity as their office-based counterparts. Find ways to keep everyone connected and to build camaraderie across distance. Promote an inclusive culture based on contribution rather than location.

Surveys and anecdotes have shown that people want flexibility to work—and they’ll work hard to retain that option. The companies that put a premium on remote work are the ones that will benefit from it the most. Consider remote work as part of your company's DNA rather than an employment perk, and you’ll be supporting a more diverse and productive workforce who will be less inclined toward burnout and more loyal to the business.