Hal Koss is a Built In associate editor overseeing updates and optimization of the site’s evergreen coverage.

Hal Koss is a Built In associate editor overseeing updates and optimization of the site’s evergreen coverage.

Conventional startup wisdom says that, in order to attract potential customers, you have to crank out lots of blogs targeting high-volume search terms.

But that’s not how Amazon, Zillow, TripAdvisor and thousands of other companies have found success. Instead, they focused on creating products users wanted. It was only then that search engine dominance followed. 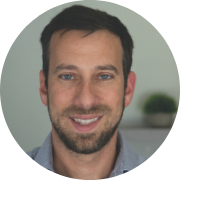 That’s according to Eli Schwartz (left), the former head of SurveyMonkey’s SEO team and growth advisor to companies like Zendesk, Shutterstock and Quora.

In his new book Product-Led SEO, Schwartz contends that companies are better off building products that satisfy the demands of end users, not writing content that appeases the whims of search engine algorithms.

Schwartz spoke to Built In about his product-led SEO strategy, as well as why he thinks content isn’t king, SEO audits are a waste of time and B2B SaaS companies should ignore SEO.

His responses have been edited and condensed for clarity.

What Is Product-Led SEO and Why Should Companies Do It?

Product-led SEO is thinking about your SEO effort as if it’s an entire product. So you want to think about: Who is the user that would be looking for this content? How does this content tie together? How does the content look? It’s everything around building a content experience, instead of building one-off pieces of content targeted at specific keywords.

I’ve consulted companies that have spent millions of dollars on what they would call content marketing — they built out blogs, created a CMS, created pieces of content.

One company invested millions of dollars in a site, and it actually generated a ton of traffic, but it didn’t drive any conversions. Because they didn’t do this top-down approach of asking, “Who am I trying to reach? What am I creating?”

It’s not that I’m completely ignoring keyword research, it’s more that I’m putting all the effort into building a good product and good architecture. I’m not going to focus all of my effort around this one keyword because it has a ton of search volume.

Ultimately, Drops was able to continuously drive the revenue from languages that you might not consider to be high-revenue languages, like Tagalog, or Hawaiian.

Let’s Use a B2B SaaS Startup as an Example. You’re Saying It Shouldn’t Create a Company Blog?

I’m constantly advising B2B SaaS companies not to do SEO at all. I learn about their funnels, and then I tell them they should put all their money in advertising.

They should look at their funnels and ask where they generate most of their conversions. They probably generate most of their conversions from a salesperson. How did that salesperson get that lead? That lead probably watched a video, or they attended a conference, or they downloaded a white paper. And how do you get those people to watch those videos and download the white papers? They probably had some sort of targeted advertising campaign. So invest dollars there.

Instead of pouring 50 percent of your marketing budget into SEO and creating content, put in 10 percent, and make sure you come up when someone searches your brand versus another brand or what’s the pricing of your brand. That’s the only SEO you need.

It is. I don’t even believe in SEO audits. I’ve been on the receiving end of those audits many times, and what too many of them are lacking are the “So what?” and “If I do this, what happens?”

If you don’t fix your title tag, does it matter? If you make your site faster, does it really matter? Many, many times, it does not matter. If you fix these things, you’re not going to generate any more money. Making the site faster is not going to drive more conversions. And no one even can guarantee you that you’ll get more traffic.

The user is king. There’s so much content out there that doesn’t sell; it entertains. I think if we’re honest with ourselves, a very funny blog post about a B2B tool that ranks well on search may not be driving conversions.

What Department Does SEO Belong In?

I think that many SEO teams are in the wrong place within companies. Many are on marketing teams and report to CMOs, and they are missing the necessary tools to be successful. They need to migrate over to product teams.

When I consult, I work with product teams, and it’s a better place for SEO to be because SEO isn’t this veneer and polish that you put on after the fact. SEO has to be baked into everything you do. It’s not an after-the-fact acquisition effort. It’s a go-to-market effort.

Any Predictions for the Future of SEO?

There’s always this thing that SEO is dead. And I really don’t get with why everyone wants to kill it off. I think SEO is actually going to be more valuable as search becomes more complex. Because Google is going to do a great job of using AI to understand what it is that a user is looking for, but they’re still going to need someone to understand what Google is looking for, and to build it the right way for Google to do that.

I think SEO is very much a job for humans. There are all these AI tools that will “do SEO” for you. And I think those are a complete waste of money. Yes, they’ll help you optimize for Google, optimize your title tags. But at the end of the day, it’s users that buy stuff, and users that have experiences, and if they don’t like it, they’ll complain.