The Evolution of Growth Teams, According to Zillow's VP of Product, Nate Moch

Nate Moch didn’t mean to found Zillow’s growth team. Back in 2012, he agreed to lead a Zillow team called “traffic.” Its mission was to boost traffic to Zillow’s digital real estate platform. The monthly unique user count, at the time, hovered around 30 million; Moch and his team were supposed to get that number up to 50 million. This was the reigning “big, hairy, audacious goal,” or BHAG, at Zillow — in other words, a long-term goal they would work toward, if not necessarily meet, over three to five years. 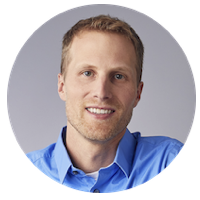 Moch (left) and his team collaborated on it with the marketing team. Together, the two groups experimented with new promotional channels and tweaks to Zillow’s core products at the time: the Zestimate, the original automated valuation model (AVM), and home listings. They were “testing all over the place,” Moch reported.

He didn’t know this effort was called “growth” until he encountered Sean Ellis, though. Ellis and his friends coined the term “growth hacking,” in 2010 and Ellis evangelized for growth on the tech conference circuit.

He “got the idea baked into the minds of a lot of people,” Moch said.

The industry began to shift. Growth leaders, Moch among them, began identifying as such. In fact, Moch realized he had been stoking Zillow’s growth since way back in 2006, when he worked on stress and performance. Essentially, it was his job to keep the site from crashing. On Zillow’s first day in business, though, the site was so inundated with Zestimate enthusiasts, it crashed within hours of launching. The Seattle Times, Moch recalls, ran a story headlined “Zillow swamped, crashes.”

He braced himself. He thought he’d be fired. Instead, the Times headline brought in even more press and customer interest in Zillow.

“It turned out that I was much better at growth, even from the beginning, than I was at stress and performance,” Moch joked.

After meeting Ellis, he got even better at growing the real estate site. He and a group of growth leaders, most of them based in San Francisco, started swapping tips and best practices. They were all working on different products, but faced similar high-level questions: What metrics should they focus on “growing”? How should they prioritize the infinite possible tests they could run?

“The frameworks that came out of it were really that valuable,” Moch said.

Zillow hit its goal of 50 million unique users. Since then, they’ve doubled that number twice — nearly three times. As of September of 2019, Zillow had more than 196 million unique monthly users.

Back in 2015, Moch also became the company’s VP of product, overseeing the data team and the growth team.

The Rise of Growth

When Moch was growing up in Eau Claire, growth was more medical jargon than industry. Brands sold primarily concrete, analog products, like deodorant or peanut butter, and they grew through straightforward advertising. Think TV spots, newspaper pullouts — paid promotion that interrupted something entertaining.

The internet allowed for new, digital products, though, which in turn allowed for new forms of marketing. Online, Moch explained, “a lot of the marketing was really kind of baked in the product: awareness, usage, engagement, that kind of stuff. You could create these loops to get referrals and get more people in your product without ever having to spend money on … traditional marketing.”

Creating these feedback loops is a cross-functional project, though. Even when Ellis first coined the term “growth hacking,” it was about engineering, product and marketing uniting to “grow” the same metric, whether it was unique monthly users or the conversion rate on a specific page. This was especially essential for startups, seeking to grow from nothing to IPO — and it was also especially easy for startups. When a company has five employees, one can assume they’re all working closely together.

“We’re not just an isolated function.”

Growth teams at major companies, though, came up against organizational barriers — the tech industry’s dreaded “silos.” Often, they operated like startups within the larger organization, prizing autonomy and speed. Today, though, that autonomy has dissolved into true cross-functional collaboration.

But it wasn’t easy to get here. “The growth team can be very broad and touch a lot of different parts of the site or the product,” Moch said. After Zillow hit that initial 50 million user BHAG, the growth team’s projects diversified, and its purpose was scrutinized.

“There was definitely a kind of friction around, ‘Wait a minute, this is my area. Why are you here?’”

Why were they there?

The ‘Why’ of Growth at Zillow

The infrastructure team works on scalable tools, like Zillow’s email system, which routinely fires off billions of customized, instantaneous alerts. The optimization team runs constant tests in an effort to improve conversions — whether that means click-through or sign-ups — in channels like SEO, email and push notification. The innovation team, meanwhile, seeks out “new ways to grow,” Moch explained, which means testing new channels, products and programs.

Day to day, though, that means Zillow’s growth team primarily supports other teams. They can help with brainstorming, lend resources for high-priority features, and even build and manage new products independently. Essentially, growth does whatever it takes to help outside teams work faster and on a larger scale.

Internally, though, that support only worked once growth had built some trust. Outside teams had to trust that the growth’s help would actually be helpful. Meanwhile, growth needed to trust Zillow leadership not to punish them for failed experiments. Once, for instance, Zillow tried an ambitious redesign of its shopping pages. The data behind it was strong, but it flopped. Moch’s team could have been penalized, but, instead, leadership celebrated it as a learning experience. This helped foster an essential growth prerequisite. Moch spoke about it at StartCon: “psychological safety,” or a sense that their workplace embraced strategic risk.

“We’re creating this new content that you can’t get anywhere else.”

Of course, that’s not to say the growth team at Zillow can fail with impunity. They strive not to make the same mistake twice, Moch said, and they iterate constantly.

“You don’t want to go work in isolation for three years and then come back and see if it worked or not,” he said.

In that spirit, Zillow’s growth team has historically done small experiments, and the company has doubled down on whatever worked. Sometimes, what worked was a new social media channel. Back in 2011, it was the entire mobile space.

Zillow “moved to mobile very early,” Moch said. “It was so early that we had to build our own mapping for the Blackberry.”

Today, Zillow may have left Blackberry behind, but they still try to catch trends in their early stages — when they don’t create them from scratch.

Zillow Offers is the company’s instant buying, or “iBuying,” offering. It’s not actually instant, but it saves sellers time compared to the traditional, molasses-slow selling process. Zillow essentially uses a mix of data science and in-person inspections to make prompt, cash offers on homes. Sellers don’t even have to clean house before they move — Zillow spruces up its properties itself, relying on economies of scale to save money. (Dishwashers cost less when they’re ordered in bulk than when they’re ordered individually, for example.) Ultimately, Zillow resells the properties, in a process made easier by its massive marketplace of listings.

The company’s new 3D tours, meanwhile, make that marketplace more immersive. Zillow has always featured photo slideshows, but now users can go on first-person, interactive tours, taking in 360-degree views of each room and “walking” through doorways with the click of a cursor.

It’s an elaborate technical feat, Moch said, but creating a tour actually takes minimal user effort. Sellers just take a few panoramic snapshots with the Zillow app, and “we stitch it all together and give buyers this great walkthrough experience.”

Just as the Zestimate did when it first debuted, these new tours drive growth.

“We’re creating this new content that you can’t get anywhere else,” Moch said.

The Future of Growth

“Early on, you had these silos, and you might have growth experts in different channels,” Moch said. But now “it’s clear that growth is really this tight partnership with marketing and product and business. The teams have to work very closely to create this seamless, integrated, delightful customer experience.”

In other words, today it’s less about perfectly optimized emails than “customer understanding,” as Moch put it. Often, that involves personalization rooted in machine learning algorithms and AI.

That doesn’t mean growth professionals need backgrounds in data science, or even in “growth” per se — but creating and promoting personalized, scalable digital products does take a certain disposition, Moch said. When he hires for growth at Zillow, he looks for three traits: grit, courage and creativity. It takes grit to constantly iterate on a concept; creativity to dream up new tests to run; and courage to take risks and “try things that fail, cause a lot of growth is failure.”

Most experiments flop. They don’t reveal anything meaningful or new.  Still, as Moch put it, it’s important to “not be caught up in, ‘Oh, if it doesn’t work right, I’m in trouble.’”

It also helps, Moch said, to have a “data mindset.” That means a knack for analyzing data, and a knack for knowing what remains unknown — which is exactly what Moch demonstrated when he was starting out. He didn’t come into growth with any misconceptions, he joked, because he came in with “no conceptions at all.”