Nathan Young and Bennett D. Bennett first connected on Twitter in late May, during the weekend of protests and unrest that followed George Floyd’s death in Minneapolis. 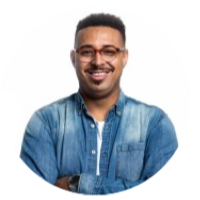 Both men worked in the advertising industry — Young (left) as group strategy director at Minneapolis-based Periscope; Bennett as principal at New York creative consultancy Aerialist — and “we shared very similar experiences ... of what it was like to be a Black man in advertising,” Young said.

They started talking about how awkward work calls would be that Monday. Then, privately, Young sent Bennett a video he’d made, trying to process the pain and strangeness of the moment.

“It was a really surreal feeling ... to be watching live video [of the protests] on Facebook Live and Instagram Live,” Young said. “And then at the same time being so close to it that I could smell the smoke.”

In his video project, Young cut together graphic, violent footage into an “unflinching look at 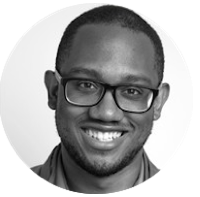 And in their industry.

“Over the past week, we have seen messages of solidarity sent out by several agencies and agency leaders,” they wrote in the letter, which requests 12 industry-wide policy changes. “Though we are encouraged by these messages, their words ring hollow in the face of our daily lived experiences.”

“Though we are encouraged by these messages [of solidarity], their words ring hollow in the face of our daily lived experiences.”

Published June 9, the letter was signed by 600 Black advertising professionals. Many more approached Young and Bennett afterwards, wishing they had signed.

So to keep the “burst of energy” going, as Young put it, he and Bennett founded a non-profit — 600 & Rising — within a few days of the letter’s rollout. The open letter became the group’s founding text; its mission is to dismantle systemic racism in the advertising industry. Young is president; Bennett is vice president.

The project grew quickly. Today, 600 & Rising has 18 officers, board members and advisory council members — plus an email list of about 3,000.

The past month or so is “the biggest blur in my memory,” Bennett said.

“The reason it feels like a blur is it just seems like we were in the right place at the right time,” Young said.

Together, Young and Bennett had spent 16 years in the advertising industry, and they’d seen firsthand how agencies marginalized Black professionals.

For Young, what stood out most was the way colleagues treated him when differences of opinion arose.

“Whenever I would disagree with the direction of a campaign, or an idea or strategy, it always seemed like people were taken aback by the fact that I would voice that,” he said. “It would be perceived as overly aggressive.”

“Whenever I would disagree with the direction of a campaign, or an idea or strategy, it always seemed like people were taken aback by the fact that I would voice that.”

When his white counterparts did the same, though, he saw productive debates unfold. Young smelled a double standard.

Bennett, meanwhile, felt trapped by a dearth of advancement opportunities.

“I was a diversity hire,” he said, of his first agency job. He was an early hire in a program designed to give creatives of color a foot in the door.

He got his foot in the door — but that was it. He had trouble getting staffed on projects, and because he was hired as part of a special program, he had a title that other employees had trouble parsing. Even though he was “a full-time, W-2 hire,” he was often mistaken for an intern.

It might have been better for his career if he had been.

“I saw interns who came up after me get promoted twice over, while I sat there,” he said of his four years at that company. “The structure of the agency was never set up for us to succeed.”

This smothering of Black talent shows in the advertising industry’s creative output. Young pointed out that advertising professionals tend to cast Black people in stereotypical roles — “athletic roles, or working roles, but never as a lawyer or a doctor.”

That’s not to mention a tendency to cast Black talent in one-dimensional roles, to favor lighter-skinned Black talent, or to erase Black people altogether,

This would be a problem in any industry, but it’s particularly counterproductive in an industry that aims to engage with culture and create culture.

On occasion, Bennett has seen what a truly inclusive advertising industry could do. Take We Beefin?, the mixtape Wendy’s released in 2018, or the Popeye’s tweet that started the “chicken sandwich wars” between Popeye’s and Chick-Fil-A — both came from multicultural teams.

Those were “blips,” though, he said — not the industry norm.

Through 600 & Rising, though, Young and Bennett have begun shifting the industry’s norms.

In the month or so since its inception, 600 & Rising has focused on item two on the 12-item list of requests in its open letter: getting agencies to share their employee diversity data, broken down by gender, race and ethnicity, seniority and department.

So far, more than 90 agencies have answered their call, including Camp + King, Wongdoody and Young’s own agency, Periscope.

Though breakdowns vary, Black people — 13 percent of Americans, according to the United States Census — tend to be underrepresented. Several agencies have no Black leaders.

Once demographic data is more public, advertising leaders can track it at an industry level, quantifying changes and, hopefully, improvements.

“We want to make transparency in diversity data the new norm,” Young said, “because we know that you cannot change what you cannot measure.”

Even improving transparency, though, hasn’t been completely smooth sailing.

“There’s always a tendency, when you have the opportunity to release data, to release it in the most flattering way possible,” Young said.

He ran into this at his own office. Though his colleagues at Periscope supported 600 & Rising, the agency’s parent company, Quad, dragged its feet.

“It’s very painful for me as a Black man to have written the words ‘Black lives matter,’ making the statement basically, ‘My life matters,’ and have that be overruled.”

It only added to employee frustrations that Quad had banned the phrase “Black lives matter” from agency communications. The CEO insisted that Young delete it from Periscope’s statement on Floyd’s death, Young said.

It was only when he and his Periscope colleagues staged a walkout, which swelled from nine employees to the agency’s entire team, that Quad relented. The company released corrected diversity data and relinquished editorial control over Periscope’s public statements.

“Ultimately, they recognize the error in their ways,” Young said. “And it’s all good now.”

But the incident was a reminder that systemic change is difficult and necessary.

“It’s very painful for me as a Black man to have written the words ‘Black lives matter,’ making the statement basically, ‘My life matters,’ and have that be overruled by somebody who’s uncomfortable with that,” Young said.

Up Next: A Creative Renaissance

Currently, Young and Bennett work long hours to do their advertising jobs and push their industry forward.

When they’re not calling on agencies to release diversity data, they’re building out new projects. Eventually, Young said, each 600 & Rising board member will lead a committee devoted to a request in the open letter.

Data transparency is just one request; the letter’s overall vision is much broader. It asks agencies to tie leadership bonuses to DEI successes, improve bias training for HR employees, recruit at a more diverse array of colleges and art schools, and more.

It doesn’t just have great adtech, he said. Modern agencies have to innovate on a human level, too, creating cultures of inclusion. Without that, he argues, the industry’s output will suffer.

Bennett agreed. Advertising could follow in the footsteps of other companies in the culture industries, he said, like Netflix and Twitter. He was impressed by Netflix’s Strong Black Leads initiative, which signal boosts content for and about Black people, and Twitter’s recent billboard campaign highlighting tweets from Black Lives Matter supporters.

“Why can’t ad agencies have that level of intentionality?” Bennett asked.

Young, meanwhile, looks to the movie industry as an example.

“They are further ahead of the ad industry in terms of doing some bold experiments and seeing what happens,” he said.

Worldwide, they brought in nearly $1.5 billion and $238 million at the box office, respectively; Crazy Rich Asians, though it had a smaller box office haul, was the highest-grossing romantic comedy in a decade.

Since then, “we’ve seen a really rapid adjustment to the way that they staff and cast films,” Young said. He and Bennett hope that 600 & Rising can trigger “that same sort of renaissance in advertising.”

Read More About the Advertising IndustryAre Good Cloud Ads Even Possible? An Investigation.