Are You Prepared for the Quantum Revolution?

The technology beneath quantum computing isn’t easy to grasp. But it stands to change everything — and you should be ready for it. 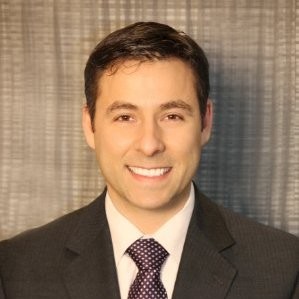 Quantum computing is poised to fundamentally transform the digital world as we know it.

Quantum information science (QIS) is an emerging field that combines the properties of quantum mechanics with computing, sensing and networking technologies. As such, it’s poised to drive revolutionary advances across a vast array of essential areas — from national security to energy research to the development of new materials and personalized medicines. At its core, quantum computing exploits the phenomena of quantum mechanics to analyze, interpret, and employ enormous amounts of data to solve complex problems.

Quantum computing will likely be key to the technological future of businesses everywhere. This promise of quantum technologies has spawned many evangelists, even as large-scale adoption of quantum systems remains stubbornly distant on the horizon. If you hope to turn this promise into reality and become a quantum leader, it is essential that your organization aligns its  resources, priorities, talent, energy and vision.

In the Chicagoland region, this process is well underway. A partnership of quantum innovators has emerged led by the Chicago Quantum Exchange — drawing on the expertise and vision of world-class universities, exceptional government laboratories and visionary industry leaders to advance research and development of quantum technologies.

The time to prepare for the coming quantum revolution is now. Here’s everything you need to know about QIS — from which industries are likely to be disrupted to the known challenges facing the technology.

What Is Quantum Computing?

Quantum technology takes advantage of atomic particles and how they relate to one another to process information at computational rates that are faster — in theory exponentially faster — than conventional, transistor-based computers. Rather than simply adding computational resources, quantum systems and quantum algorithms approach complex problems and large, diverse data sets by operating in multidimensional spaces. By exploiting the effects of superposition, entanglement and interference, quantum computing can identify patterns linking disparate data points.

The Promise of Quantum Computing

“With a suitable class of quantum machines you could imitate any quantum system, including the physical world.”

The pioneers of computing technologies could only imagine what modern computing technology could achieve. But even as the computational capabilities of classical (e.g. binary or digital) computing continues to progress, a variety of problems remain beyond its reach. As Dr. Feynman alluded, a classical computer lacks the capacity to “imitate” quantum systems.

Just as the scientific world was turned on its head when the classical understanding of physical systems was upended by early quantum theorists, the constraints of classical computing are being challenged by the promise of quantum computing.

As with any scientific breakthrough — and quantum computing promises nothing short of a revolution — the technology supporting and explaining quantum computing is neither easy to describe nor grasp. However, its applications and significance are hard to ignore. The quantum revolution will provide better, faster and more meaningful results in comparison to the best current (and even future) conventional computers.

Read More Tech Analysis From the Minds at McAndrews, Held & MalloyUtility vs. Design Patents: Which 1 Is Right for You?

The Power of Quantum Processing

Quantum technology exploits characteristics of atomic particles and how they relate to one another to process information at computational rates that are — in theory — exponentially faster than conventional, transistor-based computers. For a variety of related reasons, quantum communications are also more secure than conventional cryptographic methods.

The power and promise of quantum computers stems from the logical operator, the quantum bit, or qubit. Although a qubit can represent digital states (e.g. a 0 or a 1, similar to a bit of a conventional computer), a qubit can also represent both states simultaneously in a state called “superposition,” which is a unique phenomenon fundamental to quantum mechanics.

Exploiting the effects of superposition could yield processing power that has the potential to solve problems that are today intractable, impractical or unthinkable. The quantum revolution may usher in a new era of discovery beyond the strictures of today’s thinking.

There are any number and variety of technical and business areas that stand to benefit from quantum computing advancement. On the road to wider adoption, early innovators are laboring over quantum systems that would be familiar to their classical computing forebears:

In some instances, major innovations are needed to make quantum computing a reality (e.g. hardware to mimic quantum mechanics and algorithms designed for application on quantum hardware). Some provide proof of concept  — like internet connections employing quantum-based communications — while others employ principles of quantum mechanics to improve upon existing technologies such as timing, imaging and sensing devices.

That doesn’t mean the path ahead is clear. Harnessing the power of quantum mechanics is a complex and delicate task, and challenges remain.

Sectors That May Benefit From Quantum Advancement

The long and costly journey from theory to practice for quantum technologies begs the question: What are the risks and benefits of quantum computing that justify the substantial resources required?

One answer is that cracking classical data and communications encryption may become boringly easy for a quantum computer. If all data communications were readable by anyone with a quantum computer, no sensitive information would be secure. Similarly, the simulation of complex systems — including material science and drug discovery — are tasks that theoretically would realize gains from the power of quantum computing.

Thus, early adoption of quantum computing is expected in a number of industries, including:

Realizing the potential of quantum computing requires new hardware and software specifically designed for this purpose.

For example, early and widely adopted quantum machines employ superconducting materials, which are proven to facilitate the physical effects, such as superposition and entanglement, that provide the benefits of quantum computing. However, superconducting circuits require extremely cold temperatures to operate, which often means large, expensive and immobile cooling systems.

Here are three other roadblocks that remain barriers to wider adoption:

A number of efforts are underway to make superconducting qubits more robust. Algorithms designed for quantum computers are enjoying a comparatively faster pace of evolution. Arguably, quantum-based algorithms require the hardware on which to perform before their full potential is realized. These specific hardware platforms may impact which algorithms are viable, but coding protocols and tools are being developed to ensure quantum computers are equipped for solving problems when the hardware is ready to support them.

With technological advancements often come business and legal challenges. Some areas that could benefit the most from quantum computing are subject to significant regulatory scrutiny, such as the financial sector and drug discovery.

The debate regarding the use of artificial intelligence in finance and security shows there are some potential hurdles to widespread quantum adoption.

It is also possible that, as the competition for talent, capital and renown intensifies, people may be less willing to share information. This may lead to fewer publications sharing relevant information and increased legal barriers that may slow the rate of innovation in the quantum space. Moreover, there may be national security concerns regarding the research into cryptography and communications, which may encourage further governmental regulation.

Undoubtedly, however, the outcomes of this great effort will be of substantial value for businesses, governments and individuals. The value of much of quantum computing may take years to realize, and it may not fit neatly into current legal protection schemes. For example, is a quantum algorithm patentable? If so, how do you detect infringement? Due to the pace of innovation, might some advancement be best kept as a trade secret? The rules are being decided in real time.

There are many companies, research centers and government initiatives focused on quantum technologies.

For example, the Defense Advanced Research Projects Agency — a research and development agency inside the U.S. Department of Defense responsible for the development of emerging technologies for use by the military — is currently developing a series of benchmarks for metrics and standards for quantum computing. Developers are also creating platform-agnostic software tools to quickly create and modify quantum algorithms.

Long-term, there is a possibility that quantum computers will operate in tandem with classical, digital machines. If this remains the prevailing expectation, there may not be a desktop quantum computer in the making, but rather an industry of quantum-enabled hybrid computers that are accessible via cloud computing or at specific quantum-computing centers.

This may enable quantum innovators to more quickly develop a “core” quantum machine, which could delegate less complex tasks to a complementary digital system.

Chicagoland at the Forefront

The capabilities of this incredible, weird technology have so captivated scientists, business and government leaders that a kind of quantum arms race is underway. And Chicagoland has positioned itself as a quantum center of excellence.

Anchored by the U.S. Department of Energy’s Argonne National Laboratory and Fermi National Accelerator Laboratory, the greater Chicago area has attracted talent and resources to support quantum research. The University of Chicago, which manages both Argonne and Fermilab, is home to the Chicago Quantum Exchange (CQE), which is committed to commercialization of basic and advanced quantum research. Its members include the University of Chicago, the University of Illinois at Urbana-Champaign, the University of Wisconsin-Madison and Northwestern University — among other scientific and community partners. This network provides an unparalleled brain trust and provides the region with a significant critical mass of expertise, influence and potential.

The depth of the region’s quantum expertise is bolstered by a strong commitment from both state and national governments. In recent years, the U.S. federal government has passed several significant initiatives to advance quantum research and development. In 2018 the National Quantum Initiative (NQI) was signed into law to “provide for a coordinated federal program to accelerate quantum research and development for the economic and national security” of America. In 2021, the United States Innovation and Competition Act (USICA) became law, providing billions of dollars in support for a number of research initiatives, including quantum computing.

With access to world-class research institutions and two of the DoE’s most celebrated national laboratories, Chicago is uniquely situated to take advantage of this support. As an example, the NQI established five research centers, two of which are located in the Chicagoland region. The Argonne National Laboratory maintains a 52-mile “quantum loop” internet connection, and it also operates Q-NEXT, a next-generation science and engineering center. And Fermilab is home to the Superconducting Quantum Materials and Systems Center, which is tackling some of the thorniest problems in quantum computing.

The resources and talent flooding into the Chicagoland region may result in more than advancing quantum adoption. Attracting talent, capital and developments in material science will lead to the creation of an entire new industry focused on using quantum technology to solve some of the greatest challenges of our time.

“Quantum supremacy” — where a quantum computer is able to solve a devilishly hard problem that’s out of reach of classical systems — has been ceremoniously heralded more than once, only to result in muted expectations.

But it is crucial to continue to support quantum advancement despite these setbacks. While these efforts won’t bear fruit overnight, it is clear that when quantum becomes accessible and reliable, many areas of technology and business will reap the rewards

Beyond the technological challenges, the legal and regulatory landscape will have to quickly adapt to fully address these new and exciting technologies. The rewards may be great for those who take early steps to seize upon the promise of quantum computing.