Utility vs. Design Patents: Which 1 Is Right for You?

While a complete IP portfolio should include a variety of rights, obtaining a patent should be a top priority for any startup. 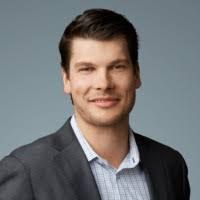 For many startups, wading into the world of intellectual property can seem like a daunting task.

Not only are there significant financial considerations, there are different categories of IP to choose from. In the United States for example, there are three such categories – patent, trademark and copyright – each having subtypes of IP rights within those categories.

While a complete IP portfolio should include all different types of rights, obtaining a patent should be a top priority for any startup. In fact, many investors will insist on patent rights prior to investing.

In this article, I’ll explain why a design patent may be a good initial choice for startups and inventors working with a limited budget and on a tight timeline.

A patent is an essential investment for anyone looking to commercialize a product. At its core, a patent is a finite right of exclusion. Upon passing the tests for patentability, the United States Patent and Trademark Office (USPTO) will grant an applicant a limited monopoly on their invention in exchange for the public disclosure of that invention. This means that during the term of the patent, 20 years from filing for a utility patent or 15 years from issuance for a design patent, the patent owner can prevent others from making, using, importing, selling or offering to sell the patented invention. Once the term expires, the invention is deemed to have been dedicated to the public so that anyone can use it.

In the U.S., we have two types of patents:

Let’s first discuss timing. In the U.S., both utility and design patents are substantively examined. That means that once an applicant files a patent application, before receiving an issued patent, a USPTO examiner reviews the application and determines if it passes the tests for patentability: Is the invention new, novel, non-obvious, sufficiently described and enabled? This examination understandably takes some time, and therefore the USPTO has quite a backlog of pending applications waiting to be examined. Once an examiner reviews an application, they will issue a first office action. This will typically fall into one of two categories, a rejection or an allowance. 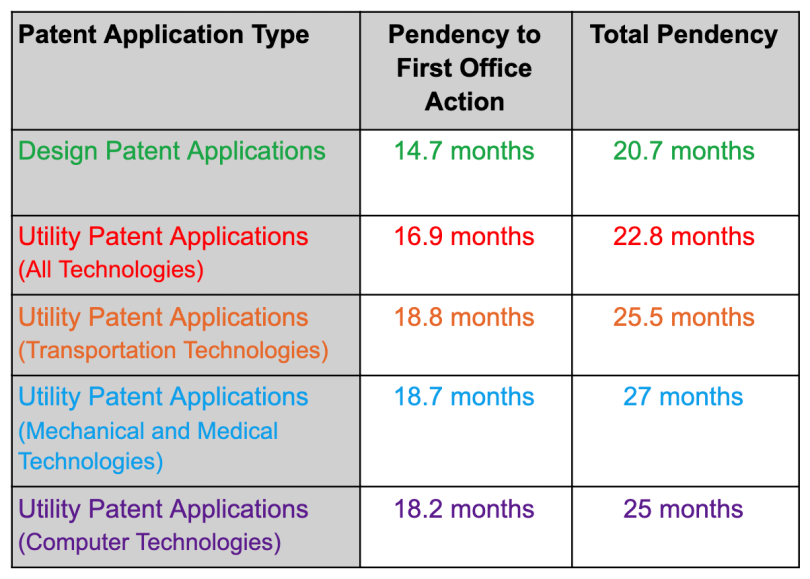 One important additional consideration is that many utility patents will at some point require something called a Request for Continued Examination (RCE). An RCE is essentially refiling the application after having hit some sort of roadblock during prosecution, typically in the form of a final rejection. When factoring in the additional time taken by RCEs, the total average pendency for all utility patents jumps up to 28.1 months.

As you can see, by the most conservative metric, design patents see a first office action about 20 percent faster than utility patents. And in my experience, it is not uncommon to receive a first action for design patents within a year from filing.

While design patents certainly have their benefits in terms of time and money, they do have some limitations. As mentioned, design patents protect the appearance of something, not the function.

Therefore, design patents will not protect against redesigns with the same underlying function but a very different appearance. That said, design patents can nonetheless be an effective initial means of IP protection including in takedowns of knock-off products on online marketplace like Amazon.

Design Patents Do the Trick

Design is integral for almost any consumer product. People want to buy products that look appealing. Design patents give you three different ways to protect the appearance of your product:

So while a design patent cannot protect any underlying function, it can protect against a competitor copying the appearance of your product. The threat of patent litigation will make any would-be infringer think twice about copying your product design. Additionally, if a competitor does choose to enter the market, they cannot just make a simple copy; instead, they’ll need to spend resources to change the appearance of the competing product, which helps to differentiate your patented product.

All in all, design patents tend to be stronger as part of a combined portfolio with utility patents. But if you wish to have some initial IP protection and have the ability to place that coveted “patented” mark on your products, as an initial step when bringing a product to market, applying for a design patent may be a great option.

The opinions expressed here are the present opinions of the author and may not reflect the opinions of McAndrews, Held & Malloy, its clients, or any individual attorney or employee. This is for general information purposes and is not intended to be — and should not be taken as — legal advice.