Adam Fishman and his team survey and interview Patreon creators too.

Adam Fishman grew up in Michigan, in the suburbs of Detroit. When he graduated from the University of Michigan and moved to California for work, it was “like a foreign country,” he said. 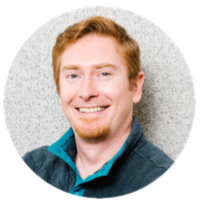 Fishman (left) worked at Lyft from 2012 through 2014, moving to Patreon in 2016. At first, it was his job to lead Patreon’s marketing team. As the company grew, his role narrowed. Today, he leads three teams: one focused on growing traffic to creator pages through SEO and other strategies, one focused on creator success and a third dedicated to Patreon’s planned international expansion.

Patreon, for those who don’t know, brought the concept of artistic patronage into the internet age. Once upon a time, artists relied on commissions from wealthy patrons, like the Medici family or the Catholic Church; today, Patreon’s platform connects creators with larger quantities of smaller-scale patrons, who pay them directly for newsletters, comics, podcasts and more. Founded in 2013, the company has raised more than $1 billion for creators, and was last valued at $450 million.

It’s easy to name superficial ways Patreon is different from Lyft — consumers go to one for media, the other for rides — but that’s not what made Fishman’s job experience at the two so different. At a foundational level, the two companies are actually similar: both are two-sided marketplaces. At Lyft, the two sides are drivers and riders; at Patreon, it’s creators and patrons.

For Fishman, here’s what really mattered: Patreon is a more niche product than Lyft, especially when it comes to the supply side of its marketplace. As he put it: “It’s harder to be a successful creator on paper than it is to be a successful Lyft driver.”

This isn’t a business problem, necessarily. Specificity can be a business asset. (Let us never forget that a podcast for HVAC technicians, HVAC School, makes $120,000 a year.) But most established growth strategies rely on big data, which means that while Lyft could experiment with alternative growth strategies, Patreon has to.

Growth began as “growth hacking.” Sean Ellis, who led early stage growth at Dropbox and Eventbrite, helped coin the term in 2010 — just before Fishman started at Lyft. It has since fallen out of favor, though, in part because it connotes short-term, unsustainable strategies and in part because it so specifically referred to startup growth.

Growth is not just the province of startups. Take Facebook. The company went public in 2012 — which moved it firmly into the “not a startup” category — but continued to grow, and prize growth, for years after that.

“The priority at Facebook for the last decade has been growth. Period. End of story,” David Kirkpatrick, author of The Facebook Effect, told the Financial Times in 2019.

Growth is about testing out new features, designs and marketing strategies, all in an effort to grow a few metrics — or, ideally, just one — at the core of a business’ health. Whereas traditional marketers might focus on metrics like impressions or click-through rates, growth teams focus on metrics like revenue or total users. Their focus can shift over time — Patreon’s growth team, for instance, has worked on metrics from patron retention rates to the rate at which new creators launch pages.

But growth is always “an incredibly metrics-oriented discipline,” Fishman said.

On Facebook’s growth team, the core North Star metric has long been monthly active users. That didn’t change post-IPO. In fact, Facebook attracted more than half of its current 2.5 billion monthly users after 2012.

At this point, the social media platform has become true mass-market success, Seth Godin writes in This Is Marketing — a title not even Starbucks can claim.

Along the way, Facebook mainstreamed the idea of larger, established institutions having internal growth teams, Fishman said. But Facebook had a very specific type of growth team: one with massive stores of data. That meant Facebook, like its fellow “digital duopoly” member Google, could answer even the most minute questions through testing and data analysis. Google, for instance, once tested 40 different shades of blue for a specific sign-up button to find the hue with the best conversion rate.

Niche but Not Stagnant

Patreon hasn’t held an IPO or been acquired, so it’s technically still a startup — but it’s one that has grown tremendously since inception. “We have a pretty clear growth loop,” Fishman said.

It works like this: Creators promote their personal Patreons to their networks, and, in the process, they promote Patreon as a whole. This brings in new creators, who promote their Patreons, and so on and so on. This works especially well because creators tend to know other creators, and “almost all reticence creators feel about our platform vanishes when they see a creator they admire ... proudly running a creative business and getting paid,” a Patreon blog post explains.

Patreon began optimizing the patron experience as much as they optimized the creator experience. The growth team began working on features like a recommendation algorithm, which will help patrons discover new creators like the ones they already patronize. This poses challenges, because the company doesn’t have a direct relationship with patrons — they’re there as fans of creators, not of Patreon as a whole.

At the same time, it’s easier to test and optimize the patron experience than the creator experience, because patrons are a bigger population. Patreon has roughly three million active patrons, but only about 100,000 creators — so when it comes to creators, “we don’t have the volume to be running A/B tests all the time,” Fishman said.

A/B tests — randomized, quantitative tests of how two (or more) slightly different versions of a product affect key metrics — may be a popular way to gather information, but they aren’t the only way. At Patreon, the growth team has also leaned on qualitative research to understand creator behavior.

Here’s an example: At one point, Patreon noticed something about creator earnings. A significant pool of creators launched their pages, and their earnings grew steadily for a while, but then they plateaued. Then, abruptly, they took off again.

“We call that an inflection in their earnings,” Fishman said.

His team couldn’t tell what triggered the second wave of revenue growth. They decided to find out.

Fishman kicked off the process with some preliminary research, manually looking at 25 or 30 Patreon pages that had experienced inflections. He dug into details like their behavior on the site and their posting activity, investigating what could have reinvigorated their business.

He and his team also sent out a survey, asking creators directly what had changed for them.

Once the results came in, they delved into the final stage of research: one-on-one interviews. In these open-ended conversations, the growth team asked creators for context around the ebbs and flows in their Patreon earnings. Did they simply lose interest in the site, and then recommit?

Sometimes, Fishman said, they found that creators did just recommit to the site — because they lost a job, maybe, or because they had a new album or book to promote. Other times, though, the change was more practical — creator earnings simply took off when they reconfigured their pricing tiers.

On Patreon, creators often offer subscriptions at a variety of price points. Artist and musician Amanda Palmer, for instance, lets subscribers pay $1, $3 or $5 “per thing.” (The more you pay, the more special extras you get; $5 subscribers get an assortment of “surprises” via email.) Palmer’s tiers seem to work — in 2016, she made more than $150,000 via Patreon — but not every creator has an intuitive sense of how to price and what to offer in their tiers.

Historically, Patreon’s platform made it difficult for creators to update their pricing models. Based on their hybrid quantitative-qualitative study, though, the growth team decided to change that. They rolled out features that made it easier for creators to promote new projects and reconfigure pricing.

At Patreon, Fishman said, the best move is sometimes “testing less and trying to just move forward with conviction based on research conversations that we’ve had.”

The End of Growth?

Fishman’s job at Patreon evolves constantly. That’s partially because the company is expanding, with plans for an international rollout. “Eventually, most of our revenue will come from outside of the U.S.,” he said. At that point, a more quantitative approach to growth might make sense.

At the same time, growth is evolving as a field. Fishman sees a trend toward growth as a product-led discipline.

“Even things like paid advertising or performance marketing ... are moving under the umbrella of product,” he said; optimizing those types of campaigns often requires product’s technical savvy.

That means marketing creatives are losing some traction, at least in the tech industry. “General marketing skills aren’t as valuable anymore,” Fishman said. “Understanding channels and understanding how to iterate and experiment ... those are more valuable [skills].”

Ultimately, though, expertise in product-led growth could lose traction too. In fact, Fishman thinks Facebook’s entire “growth team” model could fall out of favor. He sees growth responsibilities folding into the product manager job description.

“Over the long term, everyone has to be able to both build out new features and functionality and tune the performance and the adoption of the things that they’re doing,” he said.

Some things will remain constant, though. Whatever it’s eventually called, and whoever’s responsibility it is, growth will probably remain a balance of data analysis and empathy — or quantitative and qualitative data. Even big companies like Facebook and Lyft, Fishman said, can gain insight from qualitative research.

Data can show you what happened, but it can rarely tell you why it happened in the same way actual people can.