Customer Feedback Is the Key to Predicting the Future

To succeed, companies need to gain foresight by collecting and optimizing leading — not lagging — indicators. 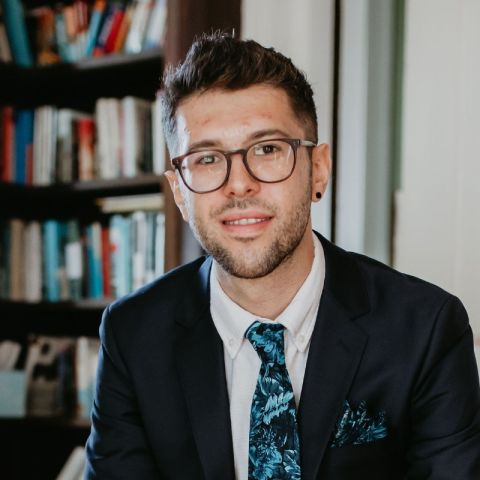 Hindsight might be 20/20, but what your company really needs is foresight. Historically, industrial giants born in the analog age followed a comprehensive product development process involving extensive market research, factories and assembly lines, a product catalog, Super Bowl ads, decisions in smoke-filled boardrooms and, eventually — hopefully — sales. After a multi-year cycle, the organization would review the data and discover whether or not there indeed was a market for their offering. It’s no surprise that most products back then, and still today, fail.

For example, barely six months after its launch, short-form mobile video streaming service Quibi called it quits. It was a humiliating failure, given that the company had $2 billion in funding, and its leadership consisted of top Hollywood executives. Not only that, but TikTok — a company with a founding team as far away as geographically possible from Hollywood — rapidly scaled with the same general content format.

The problem with Quibi wasn’t what they built; it was how they built it. They operated in a vacuum, assuming they knew better than the market, and then they tried to brute-force their way to success. They spent way too much time and money building something before getting market feedback. Quibi didn’t need a crystal ball to predict the future of their business — they just needed customer feedback. If they had tapped into that feedback earlier (and listened to it), they likely would have avoided their sudden downfall.

The Problem With Lagging Indicators

Elon Musk calls out executives who spend too much time on spreadsheets and not customer feedback. The message is clear: Operate from the factory floor, not the boardroom. Focus on customers, and you’ll generate revenue; but if you focus on revenue, you’ll generate nothing.

Nearly seven years ago, we founded Feedback Loop and introduced a paradigm shift to how companies answer critical go-to-market questions. We flipped the script for hundreds of companies and thousands of product and research teams that have shifted learning from hindsight to foresight. Here are three lessons they’ve learned in the process.

1. Frame Your Product Initiatives as Hypotheses

There are virtually infinite things that could be built but relatively few things that the market actually desires. The world is changing quickly, and things that worked a year ago don’t this year and vice versa.

Even if your organization could guess at a rate that’s better than random, the likelihood that you are going to build one of the few possible “right” things is low. You are looking for a needle in a haystack, and hindsight is a particularly slow and painful way to discover if you found the needle. Therefore, frame any product development initiatives as hypotheses, and assume they are a waste of resources until you are reasonably confident otherwise after testing your hypotheses multiple times through customer feedback. And it doesn’t stop there: What customers need now may change next week. Continue testing and iterating to make sure your product or initiative are always meeting customer needs.

Too many Fortune 500 companies in heavily regulated industries obsess over tech startups. There are two issues with this. First, we all suffer from survivorship bias.

We only hear about the high-profile startups or the ones that succeeded. The ones that failed may have done virtually all the same things as the ones that succeeded, so we shouldn’t be too confident in “the way startups do things.” Yes, pizza places are very popular in New York, but that isn’t necessarily evidence that you should invest in a pizza restaurant. As Nassim Taleb says: “The cemetery of failed restaurants is very silent.” Unless you study failed pizza restaurants, too, you don’t really know what caused the difference between success and failure.

Second, large corporations have an entirely different set of constraints than startups. They have immense brand recognition, a well-defined regulatory environment, and an existing customer base. Facebook’s “move fast and break things” motto is a perfect mantra for two founders in a garage — but a recipe for disaster for an industry leader.

Startups can generate foresight by shipping half-baked features quickly and learning directly from early adopters that have stunningly low expectations. But larger organizations have to follow a compliance review before each product release and obviously can’t let product teams directly talk to valued lifetime customers without navigating countless bureaucratic hurdles and approvals. And even if such hurdles were removed, most customers prefer stability to sudden product changes and rampant experimentation.

Guess what happens when you try to be more like Amazon? Absolutely nothing, because the corporate antibodies kill that form of agility dead in its tracks. So instead of being like Amazon, be more like yourself. Find solutions, partners and processes that fit your organization’s way of working.

3. Calculate the ROI of Feedback

Ultimately, if your company views generating foresight as an unnecessary expense with no guaranteed outcome, then you’re going to continue building products and features that no one wants and only discovering that from your analytics dashboards and lack of revenue. If, instead, you determine a compelling way to internally align on the ROI of feedback, you can meter your investments accordingly. The faster, more cost-effective and more reliable the feedback is, the higher its ROI — and the more of it you can (and should) invest in it.

While imperfect, generating foresight dramatically increases the odds of success. You will map the correlation between foresight and hindsight — leading indicators and lagging indicators — and you’ll rarely be surprised by analytics and revenue because you will have anticipated it based on feedback from much earlier. The features you develop will be used by customers shortly after they launch, and you, too, will laugh at anyone doing things the Quibi way.

Want to Know Your Customers Better This Year? Read This.How Will Customer Experience Evolve in 2021?