What Everyone Should Know About Gender-Inclusive Design 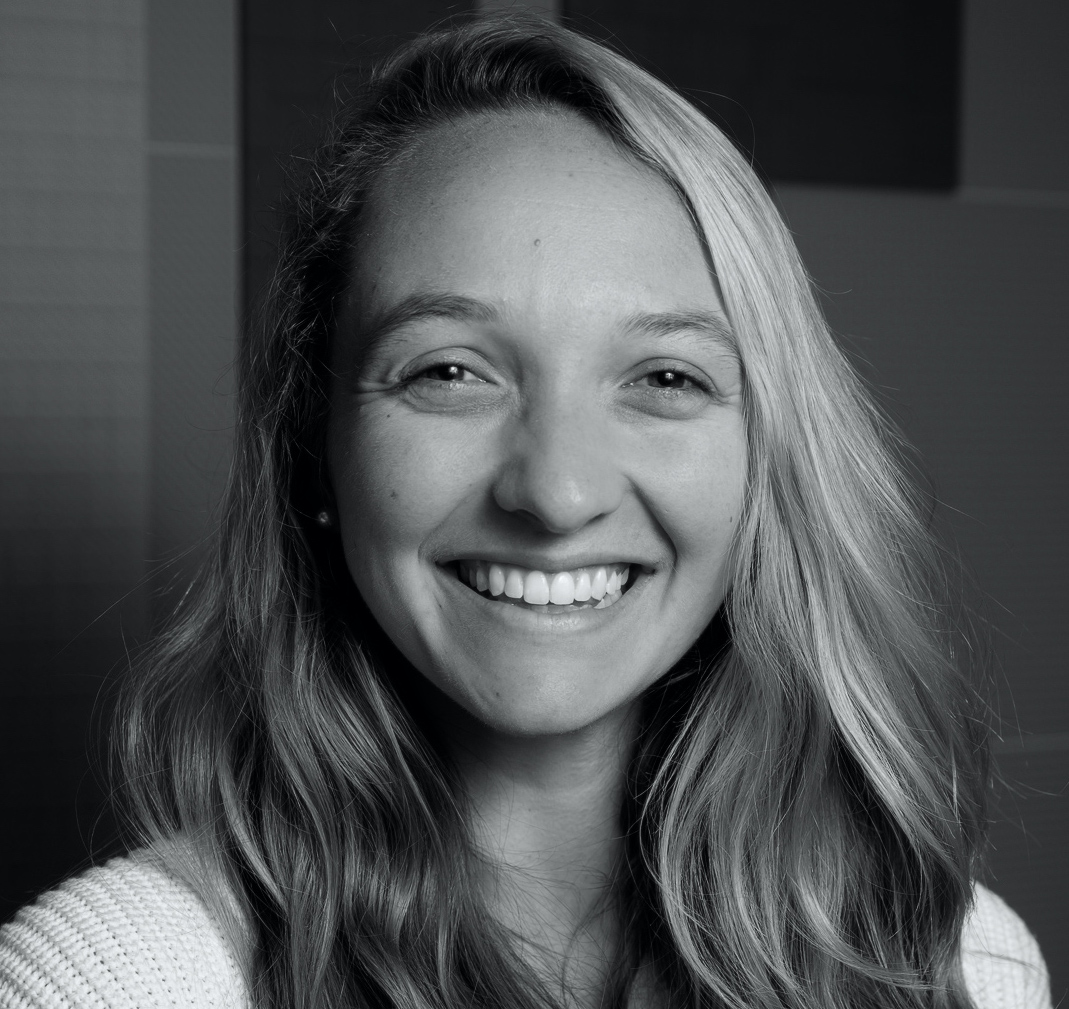 Back in 2019, Betterment, an online financial advisor, was facing a problem that is all too familiar among tech companies: Its design was not gender inclusive.

More specifically, during its onboarding process, it asked whether a new user was male or female — a seemingly innocuous question on the surface that can be quite alienating to trans or gender-nonconforming people, who usually wind up abandoning products that resort to this binary.

That is precisely what happened with Betterment.

“If it’s not inclusive, people can’t sign up for your product. There’s just too much friction in that flow for them. That’s the number one thing: You’re losing customers,” Crys Moore, a product designer who spearheaded Betterment’s decision to nix the “gender question,” told Built In.

What Is Gender-Inclusive Design?

This is an approach that ensures a product is equally engaging and useful for all users, regardless of their gender identity. In practice, this means building user experiences and interfaces that make users of all identities feel seen, represented and welcome, while avoiding the binaries, stereotypes and exclusive language that are traditionally associated with gender.

Moore was at the forefront of many of Betterment’s efforts to be more gender inclusive. Most notably, they led the design of the company’s “preferred name” feature in an effort to stop unintentionally deadnaming its trans and nonbinary customers — referring to them by the name they used prior to transitioning, which is usually the person’s birth or legal name. Because Betterment works with investments, it is legally required to keep a record of all its users’ legal names, but the preferred name feature provides a way for users to share their name of choice so that Betterment can use it in their regular interactions with them in place of their legal name on file.

Though they have since moved on from Betterment to become the founding designer of data analytics startup Glean, Moore said the work they did to make Betterment more inclusive of all genders was a highlight of their career.

“[Users] loved it,” they recalled. “We are all becoming more aware of gender inclusivity, period, and making space for that. I think there is a genuine shift that’s happening.”

Betterment is just one of many companies in the last several years to make design changes like this. Familiar faces like Facebook, Tinder and Hinge have all adapted their registration forms and user interfacess to be more inclusive of their trans and gender-nonconforming users. Mastercard even allows its customers to choose their own names on their cards.

“It’s taking that blocker away from people who you want to be a part of your platform.”

While at first blush these changes may seem small, Brenna Traynor, principal researcher at design research firm AnswerLab said they are “incredibly important.”

These days, gender inclusion is more than just a savvy business move or a branding choice, it is essential to responsible tech design.

The Importance of Designing for Gender Inclusion

Virtually everything has been designed with the biologically male body in mind, from airbags and toilets to medical care. And this has extended into tech and UX with the common usage of the male-female binary in drop-down menus, gendered use of colors (pink for women, blue for men), and even gendered language (“man-made,” “businessman” and so on). At best, exclusive design elements like this can lead to millions of people feeling alienated or frustrated, at worst, it can be harmful to their mental and physical health.

“Gender is not only how we see and express ourselves, but it really also impacts how the world sees us and treats us. So, to deny the importance of gender inclusion — or to exclude on the basis of gender — is really, in my mind, to deny the humanity of anyone who identifies as anywhere outside of that really rigid male-female binary,” Joan Stoeckle, a design director at design firm Artefact, told Built In. “[It] really others millions of people.”

But just as a gender-exclusive product holds a lot of power in a person’s experience, so too can a gender-inclusive one. After all, designing for delight is a key tenet in UX and UI design. For some, this might mean seeing an animation that was particularly interesting, or having fun while experimenting with a web page, but it can go much further than that.

“There’s so much potential beyond the ‘Oh, that’s interesting’ [response],” Stoeckle said. “There’s such deeper levels to access around feeling seen, or experiencing joy and connection. Or feeling like a technology or a service or system is helping to kind of lift something that’s been oppressing a community for a long time.”

For a lot of this, where the rubber meets the road is in design research. Representative samples are essential to the success of research and making better products, so it is up to design researchers to both find a diverse participant pool and make the environment as comfortable and constructive as possible. Doing this provides a “safeguard” against unintended or harmful aspects of design that may come up, Stoeckle said.

“Instead of just learning from diverse communities, if the work can truly be led by them, it will produce solutions that are more innovative, more impactful and just beneficial to more people,” she said. Because of their “distinct perspectives and values” as a result of their lived experience, Stoeckle thinks there is “immense promise in intentionally centering women and the LGBTQ+ community in the process of innovation.”

To help design teams do this correctly, AnswerLab’s Traynor wrote a best practices guide for inclusive LGBTQIA+ research, and said it is important to be mindful of language throughout the research process, audit research materials to ensure they’re appropriate for the audience, normalize pronoun inclusion for everyone, and staff research studies appropriately so participants see themselves represented within the research team.

But this doesn’t just mean companies should grab whatever queer employees they have to get their insight. Traynor suggests turning to LGBTQIA-focused employee resource groups as a resource to ensure that the people who are involved are comfortable, and that no elements are overlooked.

“It’s always important to kind of get a gut check on it outside of your own identity,” Traynor said. “You don’t know what you don’t know. And if you don’t get that check from somebody else, you could really end up hurting somebody’s feelings down the line or harming them.”

In the end, the goal is to design with the community, as opposed to just for it. And that extends beyond just the research phase, but into perhaps the more boring parts of design, like scoping at the beginning and implementation, Stoeckle said.

“If we’re really striving to be more inclusive and equity centered, we need those voices directly shaping the work from beginning to end.”

“I think often communities are kind of brought in during research phases, either to kind of talk about their experiences or to evaluate their ideas. But I think they need to be there throughout the process,” she said. “If we’re really striving to be more inclusive and equity centered, we need those voices directly shaping the work from beginning to end.”

But there is also the risk of focusing too narrowly in this sort of human-centered design approach, Stoeckle added. One way to avoid this is through stakeholder mapping, which allows design teams to examine not only who is directly engaging with and benefiting from a product, but also those who are indirectly affected by those target users — something Stoeckle and her team do regularly.

For instance, when she and her team were doing some work with a maternal health company, they looked at not only the people who experience pregnancy and their experiences of carrying and birthing a child, but also the people around them who may have an influence over a their healthcare decisions.

“Stakeholder mapping is a way that we kind of take that zoomed out view to understand a bit more about the kind of forces within a system, and not just specifically what the target user might need or want,” Stoeckle said.

Similarly, she and her team use futures wheels, a decision-making and strategic-planning tool that allows stakeholders and participants to better understand both the direct and indirect impacts of a specific solution or product. As experience designer Majid Behboudi put it in a Medium post, futures wheels enable design teams to consider “multiple parallel futures” so that they can prepare for “best- and worst-case scenarios.” Then, by identifying those potentially negative consequences early on, they can prevent them.

Stoeckle and her team have also taken a new approach to the personas that are so common in design, which essentially serve as characters companies can use to better understand specific kinds of users and how they will engage with their product. Rather than creating flat, individual personas that adhere to certain stereotypes (including gender binary), they create an archetype to describe a group. These archetypes are established according to their shared behaviors, attitudes and goals. They are also organized on a spectrum to better illustrate the degrees to which users will feel about a product, like trust or autonomy. All the while, they avoid focusing on demographics like race and gender, and instead focus on more abstract identifiers like values, experiences and goals.

Utilizing those values-based personas helps companies understand their users on a deeper level, and it prevents them from falling into harmful or counterproductive stereotypes, Stoeckle said.

“I think that layer of abstraction, and really getting into the beliefs and the behaviors that drive how they see the world and how they act in it, gets us to a bit more valuable information for both empathizing with the community and coming up with solutions that can help meet their needs.”

In Inclusive Design, Everyone Wins

Of course, as with any other form of inclusive design, being considerate of all genders while building a product or app doesn’t only benefit traditionally marginalized groups, but the broader public as well. For instance, when Moore and the rest of the design team at Betterment decided to remove the gender question from the platform’s onboarding process and implement the preferred name feature, that reduced friction for all users and allowed them to customize their profile in a new way.

“The world is changing, language changes.... We have to be on top of that as researchers and designers in the tech space because so much of our life is online now.”

This will become even more essential as the conversation around gender and identity continues to evolve. According to a recent Gallup poll, nearly 6 percent of U.S. adults identify as a member of the LGBTQIA+ community, and an unprecedented 15 percent of Gen Zers identify as LGBTQIA+ — making it the most openly queer generation in the United States to date. And, despite the record number of legislative proposals aimed at restricting the country’s trans population, widespread support for trans rights is continuing to grow.

In short: There is certainly an appetite for more gender-inclusive tech experiences, and it behooves companies to design them correctly.

“The world is changing, language changes,” Traynor said. “We have to be on top of that as researchers and designers in the tech space because so much of our life is online now.”