Is Your Industry Primed for Disruption? Study Weak Signals to See It First.

Paradigm shifts only seem like they come out of nowhere. Innovators see the signs, however faint, that something big is coming. 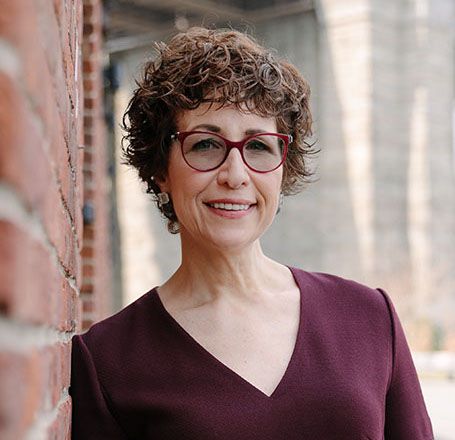 Do you make time to observe and process what’s happening beyond your “must dos”? When was the last time you stopped to look twice at people’s behaviors, habits, reactions and preferences that just don’t seem normal — that are not just unexpected, but may even seem outlandish or inappropriate? More often than not, things that seem out of the ordinary get dismissed as trivial, or as mistakes, or even as crazy, when instead we might consider whether they foreshadow something bigger.

Hindsight has limited value beyond pointing to missed opportunities. The pandemic has reinforced that evolutionary change can unexpectedly become revolutionary. That’s why creating the capacity to identify and  assess weak signals — the early indicators of disruptive change that can help us anticipate the future—is imperative.

Weak signals are easy to miss, for good reason. The challenge in recognizing them is precisely that they are weak.

In the early 2000s, Citi Cards’ digital transformation team, in partnership with MasterCard and the New York City Metropolitan Transportation Authority, introduced cardholders to the idea of “tap and go” RFID technology as a means of payment.

In its first form, “tap and go” was delivered as a small device attached to a keyring that would replace full-size credit cards that worked by swiping. The user experience made possible by RFID technology had no precedent, was not supported by legacy payments infrastructure, and was unfamiliar to consumers. This was before the first iPhone was launched, even. So to most people, the potential for adoption and scaling could not be imagined.

Yet some transit operators and payments innovators saw the possibility of RFID-enabled devices displacing the turnstile cards that were embedded in transit systems around the world and spawning better ways to pay. These visionaries drove experimentation with RFID-enabled payment devices in transit as an early, mass market use case.

What did these people see that encouraged them to take on disrupting incumbent transit fare cards, embedded in urban infrastructure around the world? One of the weak signals reflected consumers’ emotional reaction to how they would feel paying without having to fumble with their wallets and malfunctioning “swipe” cards in crowded subway stations. To Citi’s innovation team, which I led at the time, consumers’ spontaneous responses, including the language used to describe their feelings, signaled something much bigger than facilitating the mundane daily experience of commuting. But the signals could not be calculated on a spreadsheet or modeled into a concrete business case.

As a result, banking traditionalists were quick to dismiss the possibilities. They were attached to the form factor of the card. Retailers, upon whom scaling up contactless payment technology depended, resisted funding nominal technology upgrades to enable acceptance of a new form factor at the point of sale. The prevailing attitude was, “If it’s not broken, don’t fix it.” After all, why change, when the current form factors — magnetic stripes embedded in plastic cards — performed virtually 100 percent of the time?

The result? The upstarts that were able to spot the opportunity contactless payments presented entered the market via mobile applications, led by the iPhone and Apple Pay. Those able to read and act upon the weak signals, not saddled with legacy ways of operating, embraced the new tech. Within a decade, contactless payments became ubiquitous, with the pandemic acting as an accelerant.

How to Read Weak Signals of Change

You don’t need a crystal ball to see weak signals. To get started, you only have to value and reward curiosity. Next, commit to a process that more closely resembles an ongoing anthropological journey than a traditional strategic analysis.

How to Read Weak Signals

Spotting the weak signals depends upon active sensing of the environment, especially a passion for observing and listening. It requires cultivating an ability to pause in the moment and reflect upon what might appear to be irregularities in daily life that may portend something new and important. It requires doing the messy and unpredictable work of separating the signals from the noise. It benefits from engaging people with diverse views, perspectives and background. The above list is a starting point to develop your organization’s action plan for spotting, sorting and monitoring weak signals that portend new opportunities and risks for your business.