How Important Is Originality to Your Business?

Stop stressing about creating something completely new and unique. Instead, focus on solving a real-world problem, and the rest will follow. 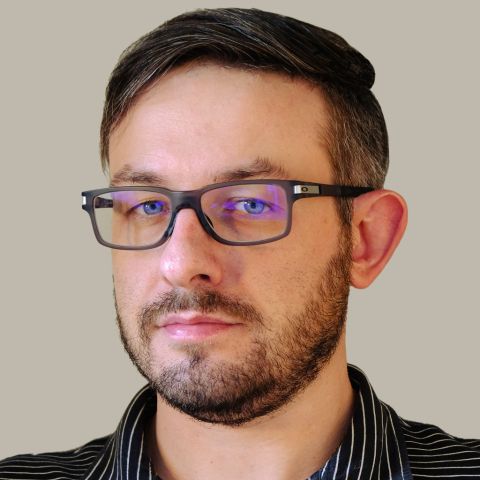 The whole point of a technical startup is to innovate in order to disrupt the status quo with a novel product that’s going to change people’s lives for the better. Startups are therefore designed from the ground up with this goal foremost in mind. The company’s teams are often small and agile to allow for rapid prototype creation, while the business tries to gain visibility in an ever-changing market. Innovation, in other words, is what keeps the company afloat.

But the pressure to innovate and to be original sometimes has the opposite effect: The company tries so hard to create something new that it starts running around in circles, hitting brick walls time and again. And because the process of generating ideas isn’t as clear cut as, say, ramping up production, this failure to quickly innovate puts the startup’s very existence in jeopardy.

But let’s take a step back. Are we sure that startups are dead in the water if they can’t create something original?

Lots of businesses are so obsessed with originality that they miss the value of simple innovation. The first term suggests a wholly new product that revolutionizes the industry, whereas the latter strives to improve and remix existing technology into a new, superior format. So, how original of a product do you need to make? There’s nothing wrong with using off-the-shelf products and services to test your product idea. Using existing tools in a novel way is just as valid as creating something entirely new from scratch. As an example, chatbots are just a repackaging of telephone interactive voice response systems (IVR, which is existing tech) over a chat system (also existing tech). After you find your product-to-market fit, you can decide whether to (re)implement something bespoke, or carry on using your unique “secret sauce” of existing tech and products.

More From Omar RabbolliniHow Long Does It Take to Build a Minimum Viable Product (MVP)?

Innovation and originality are often treated as synonyms, as they both deal with creating something new. The difference is that originality is cool, while innovation doesn’t need to be. Allow me to explain.

If you read startup tech news, you often learn about companies that create super-original products, gadgets and gimmicks that nobody thought of before. Others are working on moonshot projects like controlling exoskeletons through brain-computer interfaces. That’s fair enough: An original product piques human curiosity. It attracts readers.

But another slew of innovative companies don’t get covered as much unless they really hit it big with a funding round, an acquisition or an IPO. Those are the companies working on more down-to-earth problems, from simplifying sorting out your laundry to streamlining the process of filing your taxes.

Because they aren’t working on original problems, companies in this latter category might come across as uninspiring and perhaps less worthy of attention. That’s a mistake, though, because there’s much to learn from this category.

You might call them unoriginal, but you definitely can’t say that they’re not innovative.

Let’s consider Uber, a company that needs little introduction. Hiring a driver to take you from A to B isn’t a novel concept. Taxis and private hires alike have been doing that for decades. The problem Uber solves is not original, but the solution is nevertheless innovative. Uber allows people to use technology to cut out the middleman while creating a satisfying user experience for both riders and drivers.

In Lyft’s case, neither the problem nor the solution is original. Still, its business is nevertheless sustainable. What lesson can you draw from this case for your startup?

You could copy someone else’s product and try to break into the market that way, perhaps tweaking the target demographic. That’s the strategy of many Chinese consumer tech firms — Xiaomi comes to mind above all — but that’s a risky model. You’re toying with somebody else’s IP while trying to undercut them, which means playing with a very narrow operating margin. Although you’d be saving on R&D, your product is probably going to have to be priced cheaper in order to compete against both the original and other copycats. Also, IP litigation is a lengthy and expensive process. This is a game better played by a company with deeper pockets than the average startup.

Even if you decide to go that route, you run the risk that the market won’t be receptive to your offering. In this scenario, you’re not trying to disrupt, but merely to imitate something that’s already there. From the customer’s perspective, you’re a newcomer, an outsider, maybe even just a cheap copycat. Why should they trust your product over something they already know that’s working well for them? These are the sort of questions you need to answer if you decide to pursue this strategy.

So, if you’re not interested in just knocking off someone else’s product, but you’re also not necessarily looking to upend the entire marketplace, what should you do? You need to find a way to cultivate your own niche. And guess what can help tip the scale in your favor? Doing something different, or, in other words … innovation.

It sounds like we’re back to the start of our journey here, but that’s not quite the case. We’re no longer defining innovation as “building everything original, from scratch.” Instead, it’s about picking your battles, especially when resources are limited.

Perhaps it’s time to look at another example: the iPod. When Apple set out to create their portable music player, they were in a similar situation to the one I just described. The market already offered a number of options for listening to music on the go. Yet, the iPod displaced them all.

What did Apple do differently? It mainly focused on two aspects: user friendliness and convenience. The company made transferring music to an iPod a no-brainer and, once you had loaded your music, made navigating your collection on the device similarly easy. The iPod also gave you plenty of storage capacity so that you could carry your entire music library whenever and wherever you wanted. All of these features surpassed those of competing products, all of which had various limitations the iPod exploited.

The iPod offers us another lesson in innovation. You can make something original out of existing parts. Apple didn’t invent the MP3 file format, nor did it invent small hard drives. The combination of those technologies, though, married with a killer UX, created something novel and unique.

Now, you might be wondering where that approach leaves you in terms of intellectual property. After all, you aren’t really making something new when you’re reusing and remixing existing components and technology. Well, the good news is that the U.S. Patent Office begs to differ. As long as the way pre-existing technology is combined is unique, the underlying components needn’t be. In fact, there’s even a paper analyzing this patenting behavior.

Personally, I put this to the test when filing a patent application for a novel DRM solution. The components used in this patent, such as the spectral analysis of an audio signal, aren’t in themselves new. The way they were used together, though, was original. As such, the solution could be patented, offering IP protection against competitors, who in turn would have to deviate significantly from our patented method if they wanted to implement their own invisible DRM.

Innovating Within Your Product

So, what does this all mean for your product? It means you have a lot more freedom.

You’re free to reuse, remix and recombine existing concepts and technologies. Also, you’re in a position to quickly run experiments without doing everything from scratch.

This type of freedom is especially important in the early stages of a startup. In this phase, you’re trying to create an MVP and find a good product-to-market fit while trying not to burn through your funds.

By reusing existing technology, you free your team to focus on the core differentiator for your product rather than wasting time reinventing the wheel. Anything you can achieve by using third-party solutions is fair game. As long as you don’t become overly reliant on these components in your design, you can always replace them with your own bespoke implementation later, maybe once you have found your product-to-market fit and you are ready to scale.

In fact, paradoxically, the constraints you inevitably introduce by using off-the-shelf components may themselves become the catalysts for a more original end product. Constraints often lead to more creative results. Looking back at the iPod, you can definitely see this in action in the form factor and overall physical appearance of the product, influenced and constricted by the hard drives employed at the time.

To conclude, the main takeaway here is to not feel pressured into creating everything from scratch. That’s not the right approach for quick product development, even for a technical startup. Especially in the early stages, reuse and remix is the way to go. And you shouldn’t worry too much about your IP either. As long as the way you combine pre-existing technology is unique, you are indeed generating your own intellectual property.

The lesson here is as valid for a startup as it is for an established company working on a new product. Instead of doing everything from scratch under the pretense of being original, you can optimize your scoping and development by reusing and remixing. Once you’ve established the MVP, you can then go back and see if you can or want to reduce dependency on third parties by re-implementing the functionality of these preexisting components. My guess is, in the majority of cases, you won’t.

Let’s part with an action you can take today to foster innovation. If you’re working on a new product, analyze the split between novel functionality and run-of-the-mill features. How much effort does the team spend on the former versus the latter? How much of the run-of-the-mill can be factored out to third party components? What kind of constraints would this introduce? This is good food-for-thought for the whole team. Even if nothing changes on your sprint and roadmap immediately, maybe this will have an impact further down the line, whenever a new feature is proposed for implementation.