For some, the decision to hold fewer meetings is having surprisingly powerful benefits.
Written byMolly Fosco
Molly Fosco
Staff Reporter at Built In
Molly Fosco is a former Built In staff reporter covering tech startups and trends in San Francisco. Prior to joining Built In, Fosco was a technology reporter for OZY Media and a news reporter and producer for Seeker Media.

When meeting notes startup Hugo decided to instate a maximum of four hours of meetings per week, they noticed something interesting. By forgoing meetings, and sharing company information through notes, Slack and video instead, the team found it was better informed about company projects and goals than they were when they had more meetings. This exchange also prompted employees to start speaking up more often.

“It improved equity in decision-making,” said Hugo co-founder and CEO Josh Lowy, “because now there’s a greater diversity of thoughts and voices.”

In between daily stand-ups, huddles and scrums (why are meeting names always sports-related?), it can be hard to find a 30-minute window to actually get work done. MIT Sloan Management Review found that, as of 2007, professionals in creative roles were spending an average of 23 hours per week in meetings, compared to 10 hours per week in the 1960s.

Anecdotally, many tech workers say the number and length of meetings has only increased since then.

But it was Hugo’s own technology — a software for connected, searchable meeting notes — that inspired the company to significantly cut down on meetings. Their platform is meant to make taking and sharing notes easier, so that teams don’t need to meet as often to discuss quick updates and announcements.

“When information can move freely, you don’t need that 10-person meeting anymore.”

He and his team realized that sharing information through their platform instead of through meetings has also created a more equitable workplace. That’s because, when notes from any meeting, even those among the executive team, are easy to share and discuss across the entire company, it can help more employees feel like their voices are being heard.

Hugo isn’t the first company to find benefit in reducing meetings. Several tech companies in San Francisco are discovering that a reduction in meetings can boost company culture, in addition to improving workplace productivity.

Lowy and Hugo co-founder Darren Chait originally started a company focused on meeting preparation, which had note-taking as one feature of the product. After customer meetings, they would post their notes to the company’s #general Slack channel to update the rest of the team. Lowy and Chait also created a way to autogenerate Trello tickets from those notes to ensure engineers were prioritizing the most troublesome bugs for customers.

Once they got into this workflow, the team started operating more effectively overnight, Lowy said. “We were more aligned and had much better ideas on how to solve our problems.”

Sharing the meeting notes with the whole company was the catalyst. “Some team members had better ideas on how to solve our problems than myself and my co-founder,” Lowy said. “It was the power of exposing that information and tapping into that collective intelligence.” 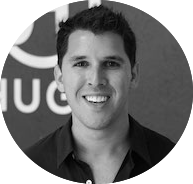 That’s when they realized their meeting preparation product should actually be a note-taking product. But it would become much bigger than that, Lowy said. “It’s a product intended to improve how teams work together.”

Once the Hugo team was able to work more efficiently, they realized they needed shorter meetings. One of the most effective ways they ensure that, Lowy said, is by creating agendas and sharing updates ahead of time. “A good agenda means everyone is already aligned,” he said. “When updates are shared beforehand, meetings can be shorter.”

Lowy and Chait discuss this approach in their book, 10X Culture, which they wrote along with Rob Lennon, Hugo’s head of product marketing and education. In the book, Lennon says that, sometimes, sharing verbal updates in a meeting makes people feel obligated to say more than necessary to make it seem like they’ve accomplished a lot. Meetings run long as a result. Sending out written updates beforehand is the first step to shorter meetings.

In 2018, Pinterest also experimented with having fewer meetings — but only for engineers who were individual contributors. Engineers who did not manage anyone could only have two days per week with scheduled meetings, usually Monday and Friday. Wednesday and Thursday were “no meeting days.”

The idea behind the practice is that software development requires long stints of uninterrupted time. Even one meeting can break up an afternoon into chunks that are too small to accomplish anything meaningful.

After several months of three “no meeting days” per week, 91 percent of engineers at Pinterest reported being more productive, and 80 percent said the rule was “mostly” respected by colleagues. One engineer reported that they were able to accomplish the same tasks using Slack that previously required a meeting.

While the experiment has evolved, many engineering teams at Pinerest still operate on a schedule of three no-meeting days per week, while others have transitioned to one or two days of no meetings, depending on what works for them, said Brian Donohue, director of product engineering at Pinterest. Some teams have also started using an app called Clockwise, which automatically schedules meetings to create blocks of uninterrupted time.

“Ultimately, our experiment proved the value of no-meeting days throughout the company ... as teams took from it and adapted to the schedules that work best for them and their productivity,” Donohue said.

Asana, also based in San Francisco, has had “no meetings Wednesdays,” since 2013. It’s a favorite perk among employees (More so than free breakfast, lunch and dinner, even.) Some managers actually use it as a recruiting tool, luring new talent with the exciting promise of being left alone to do their work.

“Our experiment proved the value of no-meeting days throughout the company.”

Similar to Pinterest’s meeting restrictions, the intention is to give makers more uninterrupted time to get things done. A manager’s day typically revolves around their own schedule — but for a maker, one meeting can derail the entire creative process.

At first, some people find it challenging to adjust their workflow to fewer meetings, but they figure it out pretty quickly, Lowy said: “[At Hugo] we knew the constraint would force people to think more creatively.”

When Less Is More

While improved teamwork and productivity has been great for Hugo, Lowy said, the real benefit of fewer, more efficient meetings has been an improvement in culture.

“Everyone in the business knows what every department does,” Lowy said, of sharing information through notes, rather than exclusively in meetings. That’s one reason he thinks more team members are comfortable being involved in decision-making.

Another way Hugo is making its culture more equitable is through remote work. The company has a distributed workforce with employees in San Francisco, Washington state and Brazil, so virtual meetings are common. But what they’ve learned is that, sometimes, when everyone takes a remote day, even employees in the same city, it creates a more even playing field for ideas to be shared.

“We’ve found that power imbalances play out a lot in the same room, but remote tools improve equity of voice,” Lowy said.

For example, if you’re reading a note from a customer meeting, you’re just reading text rather than listening to a person with power explain the takeaways from their perspective.

Pinterest also found they got a bit of a culture boost from their no-meeting rule because “schedules were respected cross-functionally,” Donohue said.

Fewer meetings can mean more time to get work done on your own terms. And sharing information in varied ways — i.e. over Slack, meeting notes or video — can help teams communicate more effectively than by gathering together in a conference room.