Smart Contracts in Blockchain: What They Are, How They Work

They’re both simpler and more complicated than you’d think.

Lisa Bertagnoli
Senior Staff Reporter at Built In
Lisa Bertagnoli is a Built In senior staff reporter covering fintech and blockchain. During four decades as a journalist and writer, she has covered personal finance, business, arts and culture, philanthropy, health, and the restaurant industry.
Image: Shutterstock / Built In 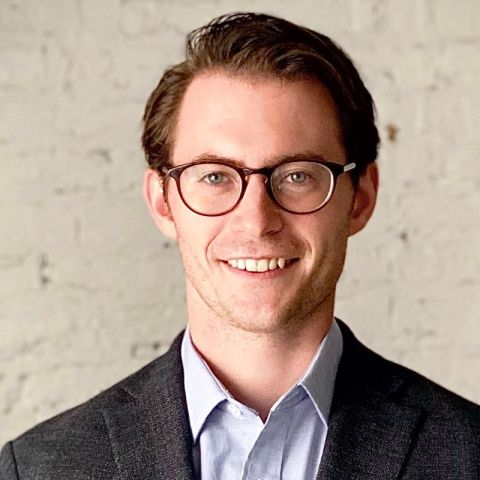 Chances are good you’ve used a vending machine. You choose your item, then feed enough money into the machine to pay for it. The machine verifies that it’s the correct amount, then fetches and dispenses your item. You get said item only if you’ve fed the machine the right amount of money.

Smart contracts aren’t all that different.

What Is a Smart Contract?

“A smart contract is a program that automatically executes an agreement between parties based on rules written into a blockchain. Smart contracts can save businesses time and money by processing transactions more efficiently, transparently, and anonymously. They're part of the movement to decentralize finance (DeFi) and de-commodify our personal data.” – Guy Gotslak, president, My Digital Money

What’s a Smart Contract in Blockchain?

“A smart contract is a program that runs on a blockchain that enables the conversion of traditional contracts into digital counterparts. Like crypto wallets, smart contracts have a balance and can send transactions over the network.

The difference is that once deployed, smart contracts run as programmed. Like a standard contract, smart contracts can establish rules and then have the system automatically enforce those rules through code. Smart contract interactions are irreversible by default and cannot be undone.”

Adam Adler supplied that description and passed along the vending-machine analogy. “With both a vending machine and smart contracts, a specific input guarantees predetermined outputs,” said Adler, co-founder and head of creative at Myntr, a New York-based NFT and digital agency. The analogy and the term “smart contract” are both attributable to computer scientist Nick Szabo, Adler said.

Smart contracts are usually associated with NFTs, or non-fungible tokens. That’s hardly their only application, though, for instance, any kind of transaction that would be handled via a paper contract can be handled via a smart contract. “The applications are nearly endless,” said Alex Wykoff, director of product at Wursta, a tech consultancy based in Austin, Texas.

Here are a few examples:

Loans and Mortgages to Purchase a Home or Vehicle

Terms of these contracts are set in stone, meaning neither party can back out or fiddle with the price. While smart contracts do entail fees (charged for the computing power of the blockchain), they can be less expensive to execute because there’s no middle party (for instance an attorney or a centralized financial institution).

Smart contracts can be set up to trigger and resolve a claim right after an accident occurs. This cuts the considerable red tape and back-and-forth that an accident claim can generate, according to blog 101 Blockchains.

Gaming NFTs have risen in popularity as a way to buy in-game purchases, sell them to other players, or even move them to other supported games, said Wykoff. “The unique ability for NFTs to retain value beyond a single game gives the limitless potential for new experiences within gaming,” he said.

Home Depot has used smart contracts to resolve vendor disputes since 2018, Adler said. “The transparency of smart contracts allows retailers and suppliers to communicate and address issues in real time,” he said.

How Do Smart Contracts Work?

Smart contracts run autonomously. They require no need for manipulation by humans, as is the case with paper contracts. There are no intermediaries, and trust is not a requirement because the blockchain automatically executes the contract once terms are met. “In a non-smart contract, even if the conditions are met, one still needs to trust another party to honor the agreement,” Adler said.

Smart contracts run on if-then conditional arguments written in code, he explained. A network of computers continuously monitors when rules are met and verified and, in turn, executes predetermined actions, for instance buying digital assets or exchanging currency.

How to Create a Smart Contract

The process involved in writing and creating smart contracts can be broken down into seven steps, said Weijia Zhang, co-chair of the cross-chain interoperability working group for the Ethereum Enterprise Alliance, a Wakefield, Massachusetts-based group that promotes the use of Enterprise Ethereum and Mainnet Ethereum.

Before wading into smart-contract territory, you need a basic understanding of how blockchains work. You also need to know why you’re using blockchain to solve a particular problem in the first place, Zhang said.

Solidity, a powerful programming language, can be used to build just about any application a developer can dream up, Zhang said. Because of this, smart contracts can be extremely complex. For more complex smart contracts, the actors, roles, access privilege for each function should be defined and implemented, he said.

Truffle and Remix, which are integrated development environments, are popular tools for deploying smart contracts, Zhang said. These tools consolidate all the parts of smart contracts into a single graphical user interface, or GUI. They include debuggers and editors plugins.

The source code, Zhang explained, begins with comments that describe what the smart contract is about, before introducing specific functions. The functions themselves are also simple. The first function, justHelloWorld(), outputs a string “HelloWorld”. The second function takes an input variable of me and then outputs “HelloWorld from [me]”. This simple smart contract can be compiled, deployed, and executed on a blockchain.

Want to see more examples? JB Larson, a digital marketer at Gillware, a data recovery company based in Madison, Wisconsin, provided two examples from his Github page. One’s a practice contract and the other is an escrow contract.

They have many, including immutability and transparency (both of which can also be drawbacks) and security.

“The major benefit of smart contracts is their capacity to execute clearly defined programmatic logic with a miniscule chance of bad actors tampering with the program,” said Larson. Once a Solidity smart contract is live in the Ethereum Virtual Machine / Ethereum blockchain, there is no way to change it, he said.

How many times have you heard “you need to wait X business days” for a paper contract to be completed? That’s not the case with smart contracts, as they live in a place where there’s no such thing as business days, said Pavel Tantsiura, CEO of The App Solutions Company, based in Delaware.

Smart contracts live on the open decentralized ledger that is blockchain, and are visible to all people who have access to that blockchain. That means it’s tough to conceal private (or even shady) deals from prying eyes.

Once the terms of a smart contract are set, that’s it. “They can’t be interfered with by humans once they are set in motion,” said Dan Hollings, co-author of One Coin, Two Coin, What Coin? Bitcoin: Crypto for Grownups Made as Easy as Child’s Play. Take the purchase of a car, for instance. If the transaction were set up as a smart contract, the buyer wouldn’t have to worry about the seller backing out of the deal or jacking up the price.

Smart contracts are immutable, so a small slip in the code can result in enormous and negative consequences. “I would strongly encourage new developers to stay on testnets until they feel very comfortable with the smart contracts they are creating,” said Wykoff of Wursta. He’d also advise everyone to use hardware or a cold-storage wallet, which stores private keys offline and helps keep smart contracts (and cryptocurrency) more secure.

“The blockchain is global, but laws and regulations are still regional.”

Finally, “be aware of the regulatory environments you may find yourself or your users in,” Wykoff said, noting recent U.S. Treasury sanctions of a well-known cryptocurrency mixer. “The blockchain is global, but laws and regulations are still regional,” he said.

Correctly coded smart contracts are fine in their immutability; those that are incorrectly coded can cause headaches. “If there is a flaw in the code that can be exploited, then the contract can be hacked and some or even all of the funds can be drained,” Hollings said.

Smart contracts are visible to everyone on the blockchain on which they reside. Bugs, security holes and other vulnerabilities roll out the welcome mat for hackers, said Tantsiura of the App Solutions Company. That lack of privacy also makes smart contracts less than ideal for discreet transactions, for instance the purchase of art by a buyer who’d just as soon remain anonymous.

They Can’t Be Read By Attorneys

Sophisticated coding knowledge is necessary to write and read a smart contract. That means that most attorneys are not able to read them. And smart contracts, like paper contracts, must adhere to local laws. “That can get tricky when you’re trying to comply with housing laws and such,” said Guy Gotslak, president and founder of Los Angeles-based crypto exchange My Digital Money.

Even so, “protecting consumers is actually easier with blockchain technology because it’s more efficient, it’s all trackable and transparent,” Gotslak said. “We just need to figure out the security aspects.”

Smart contracts, with very few exceptions, are meant to be written and deployed once. That makes them tricky for complicated situations, where conditions are still being debated or are subject to change, Wykoff said. In those instances, “perhaps you should consider an off-chain solution,” he said.

They Can Be Expensive

Just like you need to pay an attorney or third party to write a paper contract, you have to pay to execute a smart contract on a blockchain. Fees (called “gas” in Ethereum) can add up, especially if the value of the token soars during the operation.

Analog contracts remain the standard in transactions; smart contracts are not used by everyone, everywhere, said Brian Platz, CEO and founder of Fluree, a North Carolina-based Web3 data platform. “Hurdles come with implementing this new technology, including issues concerning programming language as well as companies and industries that may hold out on adopting it,” Platz said.

While slow or small-scale adoption could make the technology less effective and useful to the large pool of people who can benefit from it, smart contracts will become more commonplace with time and the increased efficiency of smart contracts, he added.

The Bottom Line on Smart Contracts

Given the relative newness of blockchains, smart contracts are remarkably stable, said Zhang of the Ethereum Enterprise Alliance.

“We have not seen issues with smart contracts where it’s the blockchain itself that actually breaks down,” Zhang said. Solidity, for example, is in v0.8.16. “It’s not even v1 yet,” Zhang said. “As with every new technology, there are some risks.” But, he added, “people are aware of the risks and the development community has been making steady progress.”

“We have not seen issues with smart contracts where it’s the blockchain itself that actually breaks down ... It’s the people who write smart contracts.”

The biggest challenge isn’t the language, or EVM, or blockchains, Zhang said. “It’s the people who write smart contracts,” he said. A bug on just one line of code can damage the platform and spark the loss of millions of dollars. Complex smart contracts, he explained, require hundreds of lines of codes. In contrast, simple smart contracts, like those used to create basic NFTs, can be deployed with only 10 lines of code and an import function.

The takeaway? Smart contracts, as with so many things Web3, are a work in progress.