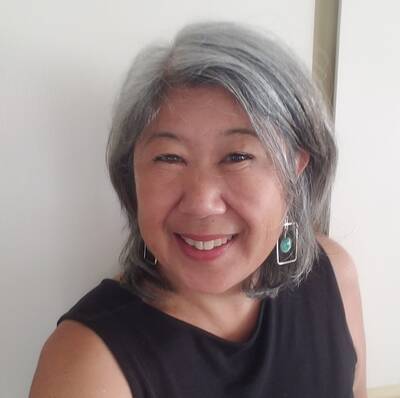 Dawn Kawamoto
Staff Reporter at Built In
Dawn Kawamoto is a Built In staff reporter covering workplace trends, with a focus on tech workers and HR.
Image: Shutterstock / Built In

Private blockchain has yet to hit it big like public blockchain — and some experts question whether it ever will.

Over a seven-year span, blockchain is expected to grow from an estimated $4.3 billion industry to a whopping $228 billion industry by 2028, according to a report by Insight Partners. That figure includes both public and private, as well as consortium, blockchains.

What Is a Private Blockchain?

A private blockchain is controlled by a single organization that permits only verified members to join its network. Those members can receive varying levels of access to the blockchain.

What Is a Private Blockchain

Private blockchain, which is also called permissioned blockchain, has a single operator or entity that restricts who can access the network and whether they will be able to view and create data on the blockchain, said Elias Strehle, chief technology officer at CircularTree and former researcher at the Blockchain Research Lab and author of “Public Versus Private Blockchains” report.

The restricted access, or “trusted” blockchain system, tends to make this more attractive to enterprises who wish to keep some or all of their transaction information private.

Private blockchains also feature the same core attributes as any type of blockchain. It uses a digital ledger to store contents within the blocks that comprise the chain, hence the name blockchain. The first block created is called a Genesis block and each block added afterward will have a cryptographic hash that refers to the previous block, allowing users to trace transactions and changes to information going back to the Genesis block.

Public blockchain is decentralized, with no organization or individual in control of it, and its users can remain anonymous. Cryptocurrencies and NFTs are among its most popular use cases, said Blockchain experts.

Because it’s decentralized, public blockchains are called “permissionless” and also “trustless” with its anonymous users.

There are several benefits of a public blockchain. Anyone with an Internet connection can use it. All transactions are recorded and can’t be altered. Plus, the network is highly secure — there are just too many nodes to allow a cyberattacker to take control of the decentralized network.

Slow network speed is one of its biggest disadvantages. This is caused by trying to reach consensus with a disparate group of users. Another disadvantage is the voracious consumption of electricity that public blockchains consume as users mine for cryptocurrency on the network.

A private blockchain requires users on the system to be verified, which is a key difference from a public blockchain, said Ahmed Amer, associate professor of computer science and engineering at Santa Clara University. It is also centralized or partially decentralized and its users can be identified, otherwise known as “trusted.”

Private blockchains may also have an advantage of speed when processing transactions because they have a set of homogenous users who need to achieve consensus to validate transactions.

Private blockchain records can be edited, overridden or deleted by the operator of the network, according to Investopedia. Users may find this feature to be a disadvantage, too.

In the past few years, only 14 percent of private blockchain projects or experiments went into production, Avivah Litan, vice president and distinguished analyst at Gartner and the report’s author, told Built In.

When debating whether to use a private, public or some other form of blockchain, there are important questions to ask yourself, experts say.

“What you want to do is line up the functionality, expectations, rules, governance regulations and technical characteristics of what you want to build and then build a system that can match those requirements,” said Treat, noting he avoids using the terms private or public blockchain because he finds it woefully inadequate to limit the thinking to binary terms.

Building a private blockchain faces challenges and one of its major obstacles is creating an ecosystem around the blockchain, Litan said.

It’s really expensive to build an ecosystem and no one wants to spend a lot of money on it because there have been no proven returns, so management doesn’t want to approve it, Litan told Built In.

Issues like these raise questions on whether private blockchains will remain part of the blockchain landscape in the future.

Other Types of Blockchain

Hybrid blockchains use both private and public blockchains, rather than being a standalone solution.

“In the end, it’s just one private blockchain plus one public blockchain,” Strehle said.

Consortium or federated blockchains operate with a particular group of participants who control the blockchain, rather than a single entity. This group sets the rules, edits or cancels incorrect transactions and solicits cooperation among its members, according to a Blockchain Council report.

Here are other areas private and public blockchains differ, according to a chart by 101 Blockchains.

“There’s an enormous scope of business functions … that can benefit from blockchain,” said David Treat, managing director and co-lead of Accenture’s blockchain business unit. “We have work underway in every industry.”

Rather than deal with the inefficiency of businesses sending messages back and forth and reconciling the information through other means like invoices, receipts or spreadsheets, it’s more efficient to have a shared view and access of transactions via blockchain to verify the data and ensure it is safe and secure, Treat told Built In.

Private blockchains allow for more security and privacy in the logistics industry. Asset tracking, record of ownership, and shared record keeping benefit manufacturers, supply chain participants such as delivery companies, and customers in following items from their origination to destination.

In the financial services industry, companies might Identify customers through blockchain’s cryptography key and ledger, as well as show regulatory compliance through the automated use of smart contracts via an organization’s centralized network.

In healthcare, blockchain technology might be used to track and secure patient data. It could also help chronologically log patient claims — avoiding duplication with distributed ledger on a healthcare company’s centralized network.

In banking, the use of blockchain tech might mean faster payments and settlements with fund transfers. Institutions are also eyeing the use of stablecoins, a cryptocurrency tied to the value of fiat currency and controlled by an issuing bank or investment company as part of a centralized network.