Fighting Fires and Saving Elephants: How 10 Companies are Using the AI Drone to Solve Big Problems 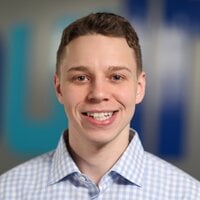 Artificial intelligence and drones are a match made in tech heaven. Pairing the real-time machine learning technology of AI with the exploratory abilities of unmanned drones gives ground-level operators a human-like eye-in-the-sky.

More than ever before, drones play key problem-solving roles in a variety of sectors — including defense, agriculture, natural disaster relief, security and construction. With their ability to increase efficiency and improve safety, drones have become important tools for everyone from firefighters to farmers. Smart UAVs are so popular, in fact, that they're now used on more than 400,000 jobs sites worldwide.

Until recently, though, drones were only able to display what their cameras captured. Now, thanks to artificial intelligence software, they can perceive their surroundings, which enables them to map areas, track objects and provide analytical feedback in real-time.

Check out these 11 companies that are using AI to improve a new generation of intelligent drones. 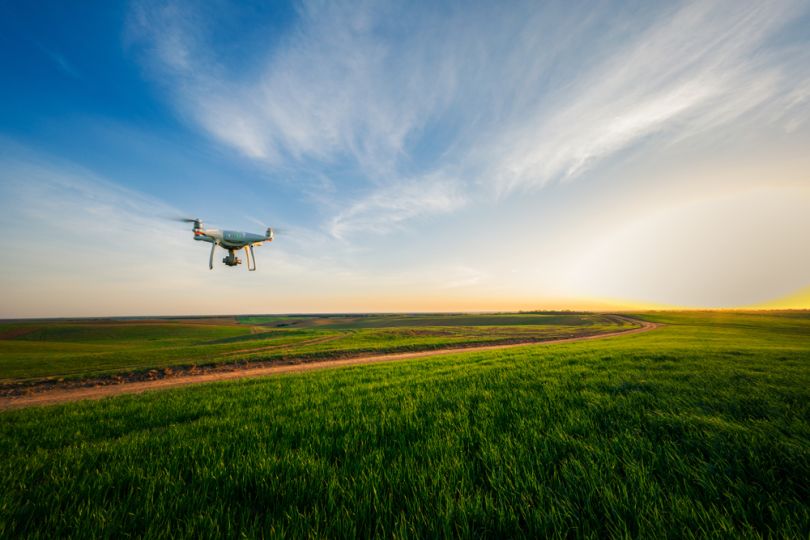 Thanks to artificial intelligence software, drones can now process what they see and report back in real-time. This new wave of drones, for instance, can map up to 2.7 million square miles (an area roughly as large as the contiguous 48 U.S. states). Additionally, the military deploys them in war zones and emergency response teams — such as firefighters battling forest fires — use them in containment and recovery efforts.

Below are four companies that install AI technology in drones.

Skycatch
View Profile
We are hiring

How it's using AI: Skycatch builds software that autonomously captures, processes and analyzes drone data from aerial images. The company’s software turns these aerial images into orthomosaics, 3D meshes or thermal images to get a holistic view of the land being surveyed.

Industry impact: Japanese construction giant Komatsu uses Skycatch-integrated drones on more than 5,500 job sites. According to the company, they can generate 3D imagery that's accurate up to 5 centimeters. It then takes the integrated software only about 30 minutes to process aerial images as opposed to days for humans to accomplish the same task.

How it's using AI: DroneSense is a drone software platform for public safety officials that takes raw data captured by drones and turns it into actionable insights for police, fire and other emergency teams. The DroneSense OpsCenter enables multiple drone users to collaborate, view what each drone sees and even traces a drone’s flight pattern in real-time.

Industry impact: The DroneSense public safety platform has been used by dozens of teams to combat a variety of public safety threats. The AI-powered software assists SWAT teams in gathering scene intelligence, assessing damage after hurricanes and tornadoes and even employs thermal imaging to locate missing persons.

Get Alerted for Jobs from DroneSense

How it's using AI: Neurala is a deep learning neural network that helps drones sift through crowds to find and identify persons of interest. It can even inspect large industrial equipment, like telephone towers, and generate a real-time damage report.

The company claims that in order to scan crowds for an individual, its AI-powered software only needs 20 minutes to understand the image of an individual, rather than industry-standard hours or days.

Get Alerted for Jobs from Neurala

How it's using AI: Scale uses AI and machine learning to help train drones on aerial imagery. The machine learning software helps drones identify, label and map everything from homes in a neighborhood to individual objects like cars.

Get Alerted for Jobs from Scale AI
View Jobs
Find out who's hiring.
See all jobs at top tech companies & startups
View Jobs 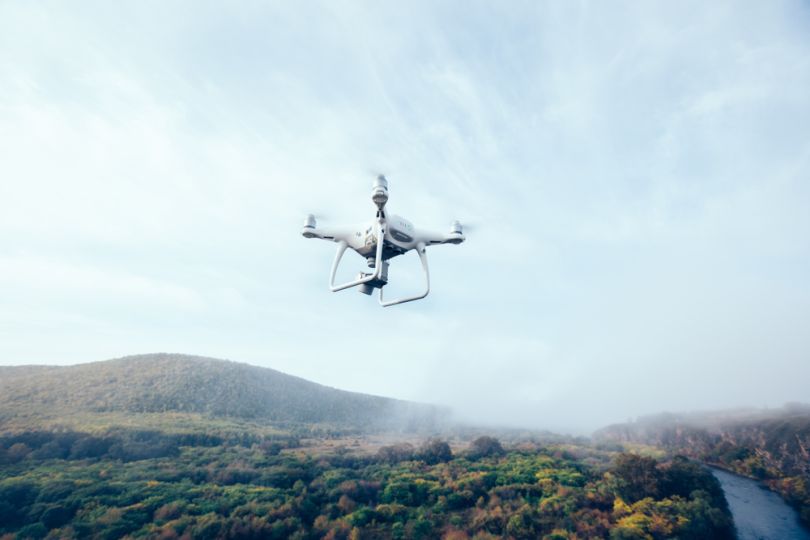 AI-enabled drones are helping humans do things previously thought impossible. Drones are surveying land and equipment at greater and more accurate rates than humanly possible, assisting military personnel in war and even flying themselves without a human operator.

Below are six companies making AI-powered drones to accomplish some seriously impressive feats.

How it's using AI: Skydio’s autonomous drones combine AI supercomputers and 13 cameras to capture video footage. The self-flying drone has several different styles of video capture (including tripod mode and follow mode), all of which require no human interaction.

Industry impact: The Skydio drone is used in many fields, including sports. Runners, bikers and hikers can choose a video capture mode and Skydio captures their every move. The drone also autonomously identifies and follows a film's subject. Check out how Skydio captured a freerunning and parkour session.

Get Alerted for Jobs from Skydio

How it's using AI: Shield AI's drone assists ground forces and first responders in exploration and data gathering. Equipped with proprietary “Hivemind” software, the company's UAVs can communicate with each other to quickly discover surroundings and identify individuals in an emergency situation.

How it's using AI: Applied Aeronautics uses AI in their fully-autonomous “Albatross” UAV (unmanned aerial vehicle). The company markets their drone for professional use in aerial surveying, pipeline inspections, disaster response and search and rescue. So far, the UAV has been used on every single continent, and it has assisted with everything from marine life conservation to humanitarian aid.

Industry impact: The company’s drone can travel over 100 miles and reach speeds of up to 90 miles per hour. NASA is just one of the globally-recognized organizations that uses Applied Aeronatics’ drone for research missions.

Get Alerted for Jobs from Applied Aeronautics

How it's using AI: Airlitix makes AI- and machine learning-enabled drones for greenhouse management that can fly around greenhouses and collect data on temperature, humidity and carbon dioxide levels to ensure that plants are growing in an optimal ecosystem.

Industry impact: In addition to ecosystem measurements, the Airlitix AI drones can analyze soil and crop health to ensure that plants are disease-free and unhindered in their growth.

Get Alerted for Jobs from Airlitix

How it's using AI: Orby makes flying drones and robots for businesses. The artificially intelligent drones assist with mapping and the designing of large-scale warehouses and factories. They can also track inventory by using AI that performs a depth analysis on current stock via flight video.

Industry Impact: Currently in its pilot program, Orby uses drones and AI analytics to scan shelves and automatically track and order new inventory. Drone flights can even be programmed to perform tasks during off-hours and dock themselves thereafter.

Get Alerted for Jobs from Orby

How it's using AI: Aerovironment uses AI to power its autonomous military drones. The company’s drones range from an undetectable three-foot-long recon plane to the Switchblade®, which is equipped with a precision strike warhead for military operations.

Get Alerted for Jobs from AeroVironment

Images via social media, Shutterstock and screenshots of company websites.