Ask for feedback and be specific about what types of feedback you expect. If that doesn’t work, experiment with self-evaluation and ask your colleagues. 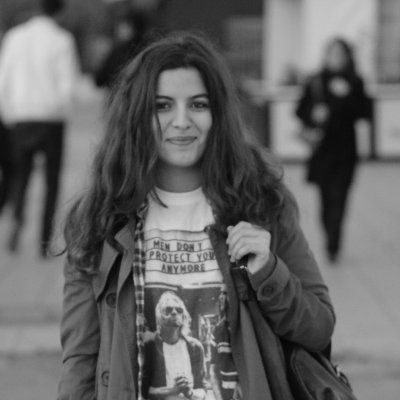 I recently had a chat with a friend who struggled with a tech lead who wasn’t giving him enough critical feedback: “She doesn’t give enough feedback! How can I grow?” he asked. Lack of helpful feedback is the most common complaint that I hear from friends and colleagues. Probably because most leaders and managers don’t receive any training in giving useful feedback.

In one study, authors Jack Zenger and Joseph Folkman asked 899 individuals about their general attitude toward giving and receiving feedback. The study showed that 72 percent of respondents attributed performance improvement to getting negative feedback from their managers. However, most managers were hesitant to give negative feedback.

If you think about it, much of the hesitation has to do with how feedback is received. Your manager or tech lead might believe that they will hurt your feelings if they give critical feedback. When employees feel threatened, or if they perceive their job at risk, it’s natural that they disagree, justify, or even dismiss the feedback. All this contributes to the discomfort your tech lead might feel about giving you the honest feedback that you want to hear.

So here is what you can do about it:

Ask Them to Give You Feedback

Your manager cannot read your mind, and you’re responsible for your career development. Giving feedback to your manager is just as important as receiving it. What kind of feedback are you expecting? Think about it.

If there is an area in which you want to improve, help your manager by asking specific questions. For example, instead of asking for general feedback about your performance, you could say: “I want to improve my backend development skills; how should I go about it?”; “I would like to learn more about site reliability engineering”; “How would you approach this problem if you were me?” This will help them assign work that is pertinent to your personal career goals.

It’s challenging to come up with feedback on the spot; let your manager know in advance, so they have enough time to reflect on it.

And finally, if the true problem is the lack of transparency around promotion rules, you can try asking them what you need to improve in order to reach the next level in your career.

In my friend’s case, he had switched from a large company with a well-defined career framework to a smaller startup. With no transparency on how to move to the next level, he struggled with tracking his development and felt as if he didn’t have a career goal to work toward.

If you’re in the same situation, try suggesting that your employer set up a transparent career framework. Your manager is probably open to experimentation, and having a framework will also help them structure and deliver useful feedback.

What If They Still Don’t Offer Feedback?

Depending on the structure of your organization and your manager’s responsibilities, they might not be working that closely with you, and they might not know precisely where you struggle. This is especially true if your tech lead is not from the same discipline as you (if you are the only frontend developer on the team, for example). If that’s the case, they can’t really offer you specific technical feedback that you could work on.

Don’t get discouraged if you’re not getting concrete feedback from your manager. Try evaluating yourself first. Ask yourself what your senior colleagues are doing and what you could improve to reach that level. You can check out some of these career frameworks. Take note of where you are and what skills you should improve. At your next 1:1 meeting, you could ask your manager specific questions about these areas.

When evaluating yourself, also try to assess how you receive feedback. Knowing that you need feedback to improve is one thing. Knowing whether you take it well is another. Perhaps your manager has already tried to give you feedback, but you dismissed it.

You could also ask your colleagues for feedback. They are reviewing your code every day; they probably already know where you struggle; and they could point you to areas that you could improve.

Promotions are usually recognition of work that you are already doing. Even if your company’s promotion rules are not transparent, you won’t be promoted to a team lead title by being a good developer. You have to do the part already: For example, by displaying clear communication and leadership skills, having good knowledge in core areas of your work, helping out your junior colleagues, etc.

Asking for feedback is one of the best ways to take more control of your career development and to get an accurate idea of what is expected of you.

If your leader still doesn’t feel comfortable offering corrective feedback to you, try evaluating yourself, or asking your colleagues for feedback.