How to Close a Sale, According to 3 Experts

You have to start laying the groundwork before the first cold call.
Mae Rice
Mae Rice

“Always be closing,” Alec Baldwin’s mogul character, Felix, instructs a team of real estate salespeople in Glengarry Glen Ross. “Instructs” is actually a gentle word for it. It’s one of the few moments in Felix’s famous monologue in which he isn’t swearing at his subordinates, threatening to fire them, or both.

His approach is manic. His vision of sales, and human existence, is simple.

“Only one thing counts in this life,” he proclaims. “Get them to sign on the line that is dotted.”

Since the film’s release in 1993, “always be closing” has become a kind of mantra, in sales and beyond. (YouTuber Casey Neistat has “Always be closing” tattooed on his forearm.) But even in Glengarry Glen Ross, Felix’s approach backfires.

In the real world, in 2020, it certainly doesn’t work. “It’s the old-school way of selling,” Nick Christolos, an inside sales manager at Drift, told Built In. “Force it down, get the deal done at all costs.”

But “if you come in super aggressive like that, it’s just not going to work,” Christolos said. “You’re also probably going to get publicly shamed on LinkedIn.”

“If you come in super aggressive like that, it’s just not going to work. You’re also probably going to get publicly shamed on LinkedIn.”

Aviel Tanzer, enterprise account manager at Formlabs, agreed. “If all you’re caring about is closing the deal and not about actually the right solution for [the client], then ... they’re not going to be repeat business,” he told Built In.

In fact, Alejandro Gonzalez, a senior account executive at Klaviyo, sees the “always be closing” mentality in Glengarry Glen Ross as a negative stereotype real salespeople have to overcome. Some customers “think of salespeople as like a used car sales guy, just trying to pull one over on [them],” he told Built In — which can make it hard to build trusting relationships with them.

So how do salespeople close a sale without prioritizing their quotas above their customers? We asked Christolos, Tanzer and Gonzalez for their advice.

Understand the Customer’s Needs and Goals... 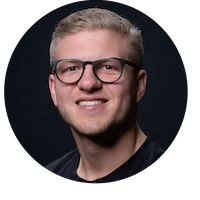 Christolos: The most important thing is linking your product to a company-wide initiative on the client side. You’re getting approvals from the person that you’re working with and their boss and their boss, and sometimes the CEO. If you’re not aligning your entire case with the direction the company’s headed, then it’s hard to close. 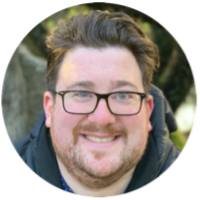 Tanzer: As long as you are solving your client’s main problem, usually you’re able to move toward a close. The key is figuring out what that problem is. It all starts with a good foundation, good initial discovery — you only get one first impression. I try to understand why they’re interested in having the conversation, how our product can help, and then from there try to uncover what kind of negative outcomes they’re trying to resolve with our product, and what we can offer to make it better.

Christolos: It helps to know what you’re going to lead with before you talk to the customer. We call it building a value hypothesis — so you can start that first call like, “We’re going to demonstrate that we understand your business and share some insights on how we think that we can help.” It helps establish credibility up front.

When Competitors Come Up, Don’t Just Attack Them. Acknowledge Your Weaknesses. 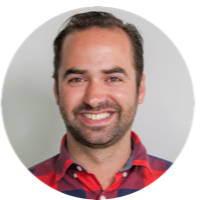 Gonzalez: There are probably 50 to 100 email providers out there. So there’s a ton of different competitors who can come up, and in our space, very rarely do clients not work with someone already. So you have to know what they’re using, and what they’re evaluating.

My job is to basically take that context, and take the things that are positive about competing providers, and try to blow those up and give clients a sense of why we’re better.

Know When to Walk Away

Tanzer: Sometimes when I talk to prospects, it gets to the point where I think, maybe this isn’t the best solution for you. I try to have enough pipeline that it’s OK to walk away from a deal like that. I don’t want to be backed into a corner at the end of the quarter, and feel like I have to close a deal.

Gonzalez: I get paid for every deal I bring in. So I don’t want to spend my time on a call with someone who’s not going to ultimately see value from what we do. That’s a waste of my time. It’s worse than that, actually. If you bring on a customer who isn’t happy, and cancels later, you can really spoil your reputation and entire market pretty quickly. Most of how you get business is references and people saying good things about your software, but one bad reference typically impacts the market as much as 10 good ones.

Make a Comprehensive Plan With the Customer...

Christolos: It’s easy to internally know what you need to do to get a deal done. But externally, the person buying from you has their own process. You have to put together a mutual plan: here are the milestones and the checkpoints that we have to go through together to make this work. It works better if you sell the whole process up front — like, here’s where we have to go. Then you’re beginning with the end in mind.

Most sales reps will just book the next step, but that's like if you walked into a gym to sign up for a training plan and they just told you the plan was for you to come back tomorrow. You’d be like, “No, what’s the plan?” Maybe it’s a 90-day plan. But even when you start doing workouts, that’s all they’ll tell you: “Come back in tomorrow.”

Eventually you’re going to stop going to the gym. You feel like you don’t know what you’re doing, or how you’re progressing.

Gonzalez: Once you have things qualified, you want to ask the prospect at some point: What more does it take to get this done? And if it’s nothing more, then you’re like, all right, when can we finalize this?

But it’s tricky. You want to have a high level of confidence that you’re going to win that deal first. Otherwise it’s almost like going up to a stranger and the first thing you ask them is out on a date.

Christolos: It’s easy to know who sends great emails and who does great on calls, but small things help too — just ensuring you’re staying top of mind. Oftentimes, you have a call and then you don’t have another call booked for a week. If you wait for that week, things can change within a business. People can move on from roles. Time kills all deals. Little things like dropping people notes, connecting with them on LinkedIn, staying visible — that’s super crucial. You’ll notice a lot of top reps are just more engaged.

Christolos: Generally speaking, if you aren’t the lowest-price offering in the market and you share a price right off the bat, you’re not going to win the deal. You have to have a healthy balance between establishing value and naming your price. At Drift, for example — we are not the cheapest offering in the space. So if someone’s just coming in guns blazing like, “Hey, my No. 1 variable I care about is pricing” — generally speaking, we’ll say if that’s all you’re looking for, we’re not going to be the solution for you.

Tanzer: If price-sensitivity is coming up in the later stages of a deal, it’s kind of going back to what you initially discussed: the problem you’re solving. Remind them: “Hey, we’re going to solve X for you. We’ve proven that we can through proof of concept” — maybe from us, at Formlabs, that would be a custom sample. Try to refocus the conversation on what you can do for them.

Don’t Let a Decision-Maker Sneak Up on You

Tanzer: It’s really important to know who needs to sign off on a sale in advance. If a deal is a push at the end, it might not be an actual issue with the solution you’re selling. It might just be that you didn’t understand who needed to be involved. You might have forgotten to invite one VP to one meeting, and now he feels left out and wants to reevaluate at the last minute.

In your early discussions with that customer, try to ask: “Have you bought something like this before? Who has been involved in that process?” If they’re new to buying, maybe ask, “Is there someone on your team we could talk with about the process?” You want to be careful not to imply they don’t have any power, though.

Christolos: I get made fun of for it, but before big calls, there’s a song by Diddy called “Bad Boys for Life” — I always play it in the office. If someone hears it, they know it’s me, and I have a big meeting coming up. It’s like walk-up music. It makes the mood a little bit more lighthearted before a potentially intense call.

Responses have been condensed and edited.