What Are Network Effects and Why Are They Important?

A guide to the principle that powers some of the biggest platforms and startups today.

Hal Koss
Associate Editor at Built In
Hal Koss is a Built In associate editor overseeing updates and optimization of the site’s evergreen coverage.
Image: Shutterstock 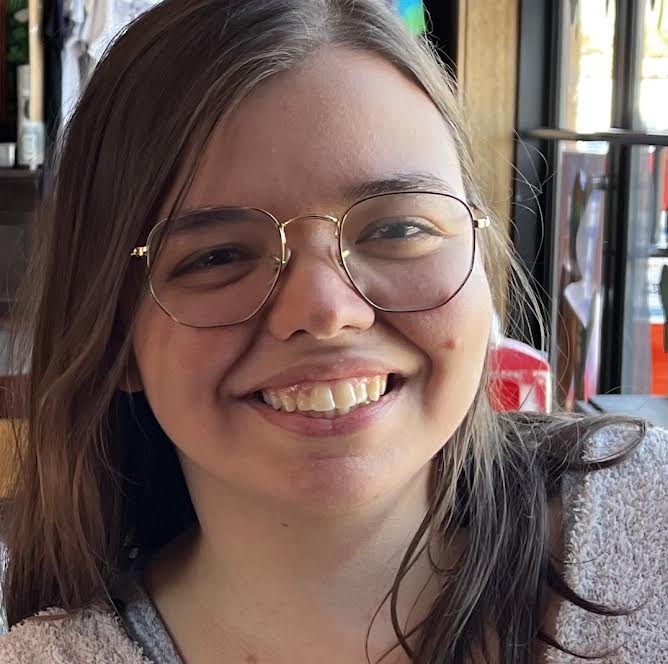 Many of the most successful companies of the 21st century — from Facebook to Twitter, Venmo to eBay — have been designed with network effects in mind. Their products are platforms that facilitate interactions. Sometimes the interactions are between peers, sometimes they’re between buyer and seller. Whatever the case, one principle tends to hold true: The more users that join the service, the more beneficial the service becomes for each user. That’s the basic definition of a network effect.

What Are Network Effects?

When a platform becomes more valuable to each user as the number of users on the platform increases.

What Are Network Effects?

Economist Jeffrey Rohlfs articulated the idea of network effects in a 1974 paper, in which he observed that the utility a person derived from a telephone went way up as more people bought them, since a phone does you no good if you’re the only person who has one, but is quite handy if everybody you know is just a dial away. So as more people adopted the phone in the ensuing years, more interactions became possible, which made phones more useful, which enticed even more people to get them — increasing their value even further. This positive feedback is the network effect at work.

In today’s context, understanding network effects helps make sense of the massive growth experienced by many startups whose successes are tied to the interactions that take place on their platforms or marketplaces.

Unlike huge companies of the industrial age, which grew bigger as they produced more efficiently, these startups aren’t valuable because of “the capital they employ, the machinery they run, or the human resources they command. They are valuable because of the communities that participate in their platforms,” wrote the authors of the book Platform Revolution.

Take Airbnb. It doesn’t own any hotel rooms. It has millions of users interacting with each other on its site, though, and that is what gives it a competitive advantage.

And if you’ve ever shared a file through Dropbox, hailed a ride on Uber, booked a reservation on OpenTable or bought a coffee table through Craigslist, you’ve experienced value because of the number of people using that service and the quality of those users. The success of each of these companies is due in part to each one figuring out how to get enough people to join their platforms. It’s a “critical mass inflection point” that kicks growth into an exponential trajectory.

Companies boosted by network effects gain a significant edge, keeping users engaged and competitors at bay. And investors take notice; an investor gets a twinkle in their eye when they come across a startup with a business model that’s conducive to network effects.

Network effects are responsible for 70 percent of the value created by all tech companies since 1994, according to a 2017 report by the venture firm Nfx.

“When you think about what company to build, or where to invest, make sure to think network effect,” wrote investor and Nfx co-founder Gigi Levy Weiss. “Otherwise you’re giving up on the best defensibility for a startup and may not get the best result.”

In this case, more users of the same kind make the service more valuable to each user. This describes the telephone example above. Here’s another: If you write on Microsoft Word, it benefits you when others have Microsoft Office, too, so you can share compatible files with them.

The same goes for mobile payment services Venmo and Zelle, whose users can only capitalize on the convenience of exchanging money via phone if others register. Online gaming platforms, like Xbox Live or Playstation Network, also fit the bill.

Related ReadingWhat Does a Growth Hacker Do in Marketing?

Same-side network effects can sometimes have negative consequences. Consider ChatRoulette as an example. The video chat site, which randomly connects users with each other without the need to register a login, exploded in popularity in the late 2000s. But for many users, the increasing number of unsavory participants on the site polluted the experience. Eventually this drove high-quality users away and the value of the platform shrank.

Another example is the congestion that clogs up a ride-hailing app like Lyft. As more users sign up and request pickups, customers may be waiting longer or spending more for a ride.

This type of network effect occurs when people on one side of a market benefit from an increase of participants on the other side of the market. In view here are companies like Airbnb, OpenTable, Craigslist and eBay, all of which cultivate interactions between buyers on one side and sellers on the other. It’s easier, for example, to find an overnight accommodation on Airbnb when there are more available houses to choose from. And it becomes easier to rent out your house when more and more users join the site.

You can also see this with food delivery services GrubHub and Doordash. Delivery drivers benefit when there are more customers submitting orders and vice versa. Drivers earn more money fulfilling more orders and customers see shorter wait times when there are ample drivers to handle the workload.

There are times when too many producers on one side of the market leads to drawbacks for the users on the other side. For instance, a search engine website that features an increasing amount of advertisers on the first page of results might annoy some users and eventually push them to abandon the platform. The same can be said for a streaming service, news site or e-commerce platform.

The story of OpenTable serves as a helpful example to demonstrate the power of cross-side network effects. The company, founded by Chuck Templeton in 1998, was the internet’s first restaurant-reservation-booking service.

Michael Xenakis worked at OpenTable from 2000 to 2016, serving as managing director of its international operations, and, before that, as senior vice president of product management. He spoke with Built In about how the company experienced network effects and grew into an internet giant.

The story begins with founder Templeton’s lightbulb moment. Making a dinner reservation over the phone can be a lousy experience — the phone rings and rings and never gets answered, or you get put on hold for several minutes and the host eventually forgets you’re there. If people can quickly and easily book reservations online for hotels, flights and rental cars, why can’t they do the same for restaurants?

OpenTable’s solution was to bring diners and restaurants together on one online platform, so the two sides could find each other and make a reservation happen without a hitch.

The company had a chicken-and-egg problem to deal with first. How would it convince restaurants to sign up? The allure of more diners to fill empty seats was nice, but at this point in time, there weren’t any diners on the site. Tough sell. But how would OpenTable attract diners to its site if there weren’t any restaurants listed?

OpenTable’s strategy was to get restaurants on the platform first. But in order to convince them to sign up, OpenTable sold the restaurants something of stand-alone value, a service that would benefit them immediately — regardless of whether extra diners ever filled their tables. It sold them software.

The software functioned as an electronic reservation book that helped restaurants keep track of patrons and manage tables — tasks for which hosts had long relied on pen and paper (or their memory). Buying OpenTable’s software also meant that restaurants would join its online reservation service, but that part, Xenakis said, was not yet a selling point. In his estimation, when OpenTable was starting out, about 90 percent of its value proposition was tied up with its software, while only 10 percent was its reservation platform.

That was good enough to get started. OpenTable sold its software to dozens and dozens of high-end San Francisco restaurants, priming the supply side. Eventually, it had enough of them to create real value for diners.

“Fifty to 100 restaurants in San Francisco definitely would have an inflection point where the value to the diner was real,” Xenakis told Built In. “In the world of fine dining, that’s plenty of restaurants.”

People started using the site. Whether they wanted steak or sushi — tonight or next week — they could book a reservation online at one of many local restaurants listed on OpenTable’s website. The service was fast and easy.

Buzz quickly spread about the site, and more and more hungry Bay Area patrons started using it instead of reaching for the phone when they wanted to make a reservation. “We didn’t spend any marketing dollars,” Xenakis said. “We just relied on the word-of-mouth of diners.”

“The diner proposition grew and it truly was a quintessential network effect that took root. And it took off from there.”

The influx of patrons flooding the site made joining OpenTable seem like a no-brainer for restaurants in the area; they wanted to go where the diners were.

“The diner proposition grew and it truly was a quintessential network effect that took root,” Xenakis said. “And it took off from there.”

Growth accelerated at a blinding rate in OpenTable’s early days, according to Xenakis. The company would concentrate on one market, drill down deep, then move on to the next one. First, they targeted all the U.S. cities in which there was an NFL team. Then it targeted the outskirts of each of those cities. Over time, there was scarcely an urban area that didn’t have a presence on OpenTable.

Since both diners and restaurants were on OpenTable — and each wanted something from the other — both parties were incentivized to stick around and keep using it.

OpenTable explored additional ways to keep users engaged on its platform rather than booking a reservation the old-fashioned way (or flocking to a competitor). One way it did this was implement a loyalty program.

Customers of OpenTable received loyalty points for booking reservations at certain restaurants on off hours and off days. This was good for all parties involved: the restaurants (who didn’t want table space to go to waste), OpenTable (who got a kickback from the restaurants) and customers (who received points, which could be redeemed for money).

By Xenakis’ account, OpenTable didn’t anticipate just how much customers would be driven to use the platform so they could rack up points.

“Once we had [the points system] out there, it turned out that diners just loved collecting points — without even knowing what they were for,” he recalled. “So our biggest thing early days was [diners asking] ‘Where are my points?’”

The stickiness kept users coming back to the platform and filling seats.

Eventually, OpenTable’s growth began to flatline, at which point, according to Xenakis, the company beefed up its search engine marketing to stimulate growth on the demand side.

The company invested in the supply side too. It launched international operations, doubling its total addressable market.

Network effects helped propel OpenTable to an IPO in 2009 and an acquisition by Priceline (now Booking Holdings) for $2.6 billion in 2014. Today, more than 54,000 restaurants use OpenTable’s platform, which, according to the company’s internal data, books an average of 12 diners every second.