By concealing the true status of a project, you shut down assistance from colleagues and set them up to escalate false information up the chain of command. 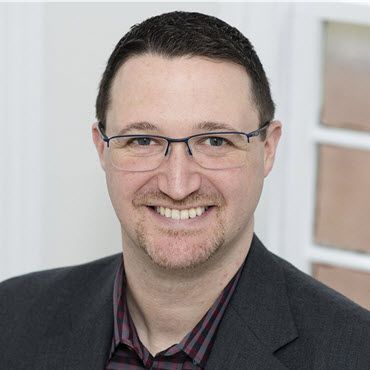 Imagine this scenario: Dave was recently hired as a new project manager, and he comes to the organization with more than a decade of development experience. He recently completed a few project management certifications and is full of ambition and enthusiasm.

Tracy is a project manager who has been with the organization for about a decade. She grew into her current role from within the organization, and she doesn’t have the time to pursue certifications. She has a solid reputation, a wealth of business knowledge and has built quality relationships throughout various departments.

Each week their mutual boss, Sasha, asks all of her project managers to update the project status dashboard on the PMO portal with a colored status for each project: green means everything is in order, yellow means there are minor or potential issues, and red means there are major issues (such as missed deadlines and going over budget).

Related reading4 Things All Product Managers Should Do, According to NerdWallet’s VP

A Tale of Two Employees

Tracy enjoys reporting green statuses; they show everything is going as planned, and she is doing her job as project manager to keep everything on track. Tracy doesn’t want to burden Sasha with trivial problems for fear it will show weakness or incompetence, so she rarely reports anything in a yellow or red status. She figures if a project slips to yellow, she’ll have time to work out the problems and bring it back to a green status. After all, that’s her job, and it’s always worked for her in the past — even if that meant taking on more work and putting in a lot of extra time at the office.

Tracy is proud to be a hard worker who has never once reported a red status and only twice reported yellow statuses. She remembers not getting a lot of sleep the night before those meetings, worrying about how she was going to explain the situations, and she works hard to prevent having any more of those nights. She sees others reporting yellow and red statuses on occasion, and she assumes she is the best project manager on the team.

Dave also enjoys reporting green statuses for the same reasons as Tracy. After all, what’s not to like about everything going right for a change? However, about half of Dave’s statuses every week are yellow or red. Tracy notices this and assumes it is Dave’s inexperience with project management that is causing his projects to suffer. She would feel sorry for Dave, but she sees him leaving on time every night and thinks he doesn’t want to put in the extra effort to resolve the issues his projects face. This only reinforces Tracy’s belief that she is the best project manager on the team.

This goes on for the better part of a year. Tracy works hard and puts in the extra effort to rarely have to report a yellow or red status on one of her projects. Sometimes her projects do run late, but they never have to go to yellow or red because the circumstances dictated that she needed more time.

Dave keeps reporting mostly green statuses but still has a good share of yellows and even a few reds. He doesn’t seem to care that he is struggling and is clearly in Sasha’s favor, since she always seems to be bailing him out of his jams. Tracy starts to resent Dave. Clearly, he’s kissing up to Sasha since he’s not receiving any discipline for his under-achieving. Frankly, she’s surprised he hasn’t been let go.

At the end of the year, Tracy is shocked when she gets passed over for a promotion, which goes to none other than ... Dave. She believes that she’s clearly the top project manager, and she has the data to prove it. Tracy thinks to herself: This cannot be happening. Is everyone blind?

A few days pass, and her denial morphs into anger. She requests a formal meeting with her boss, Sasha, so she can get an explanation for this madness. Here’s the conversation that takes place in that meeting:

Tracy: “I just can’t understand how Dave received a promotion over me. All of my projects are always in a green status, while half of his are yellow or red. I work extra hours to ensure everything stays on track, while you have to assist him almost every week in getting his projects back to green. This isn’t fair.”

Sasha: “Dave has done a great job in his time with us. He has reported yellow and red statuses correctly and doesn’t conceal issues, while you, on the other hand, have a habit of reporting watermelons.”

Sasha: “Think about what a watermelon looks like in real life: green on the outside and red on the inside. This color description unfortunately applies to some of your project status updates as well. You report green, which I interpret as everything is running as it should and you do not require assistance, but some of your green status projects missed their deadlines. Those are textbook red-status projects. When you conceal the true status of the project, issues tend to linger and sometimes get worse. A watermelon status is worse than a red status.”

Tracy: “I didn’t have any projects miss their deadlines, but I did have a few change their deadlines for various business-approved circumstances. You can’t possibly penalize me for listening to the business!”

Sasha: “The dedication you have to your customers and projects is admirable, Tracy. You’ve built great relationships over the years because when they ask for additional scope at an additional cost or later delivery date, you give it to them and report the project as green.”

“You assume the project isn’t late if the business approved the delivery date change, but resources were not budgeted or planned for the extra time your projects needed, and there were other projects waiting in line that couldn't start on time because you were still working on your previous projects. I have to ultimately answer for these resource overruns and scheduling delays.”

“I need you to start viewing reporting a red status as a good thing. It brings issues to my attention early so I can lend my support and help you get things back on track. Not all of Dave’s red statuses are valid, and I do push a few of the more minor issues back on him to resolve on his own as yellow statuses. By making them red, though, he forces me to get involved, and allows me to make a decision about whether my assistance is necessary.”

Tracy: “I never looked at it that way before. I always viewed reporting a red status as a poor reflection of my work, and that I should work more to keep it green.”

Sasha: “Your dedication is appreciated, but something I will appreciate even more is if you to start leaning on management for more assistance when it is needed. We can support you, which should lighten your load so you can start leaving work on time every night and allow you to get home to your family earlier.”

Tracy: “I have to admit, that does sound great. Thanks, Sasha.”

While something could be said about Sasha waiting until the end of the year to tell Tracy she needed to change her approach, the moral of this story is that you should lean on yellow and red statuses as tools in your toolbox to get additional assistance and resources to resolve issues.

By concealing the true status of a project, you deny those who can assist you the opportunity to do so, and you set them up to escalate false information up the chain of command. If Tracy had offered to lend Dave a hand instead of judging him as a poor performer, he might have explained his approach earlier, and she might have recaptured some of those long nights she spent at the office.