What Is Ethical Leadership?

It comes down to promoting the common good of your organization and the success of others. 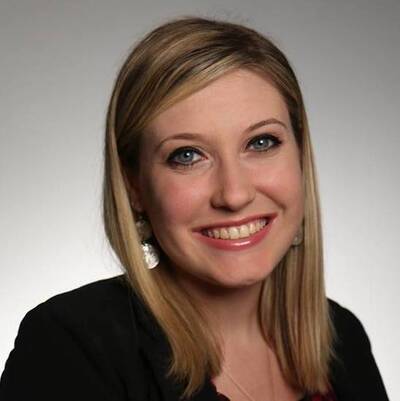 What would you do if you knew a talented candidate would accept your job offer for a salary far below the compensation range for the position?

Hazim Macky, vice president of engineering at Coinme, a digital cryptocurrency exchange based in Seattle, faced this exact situation when offering an engineering role to a candidate who shared her salary expectations during the interview process.

“We have an opportunity here, right? We can pay less and still get her,” Macky said. “I took a step back and went back to these principles: I want to hire with integrity. I want to be respectful of candidates, with all the candidates. I want to be just in how we compensate within our range.”

Ethical leadership is a leadership style grounded in principles like trust, equality and fairness that ultimately promotes the common good of an entity and the success of others.

Macky advised his recruiting team to remind the candidate of the compensation range and offer her a higher salary that would be within the range. The candidate ultimately accepted and has become an ambassador for the company’s values.

As Coinme continues to navigate a period of hypergrowth, Macky has needed to confront the inequities diverse candidates face in the hiring process — particularly in relation to disparities in compensation. Such situations call on Macky to apply his values in ethical leadership, which he identifies as integrity, respect, justice and honesty.

“It’s not just a characteristic or an expected behavior, in my opinion, from leaders or from managers. Here, leadership is a responsibility and a duty on everyone,” Macky said. “It’s when everyone in an organization or in a company ... behaves and acts in a way that is for the common good, for the best of the culture of the organization.”

How Do You Become an Ethical Leader?

Think of ethical leadership as a practice, like yoga, said Ann Skeet, senior director of leadership ethics at the Markkula Center for Applied Ethics at Santa Clara University. It is something you strive to do consistently over time and build muscles to improve your skills.

“Ethics is about the things that help humans to flourish,” Skeet said. “The most helpful frame is a very positive one, where you’re really thinking about what you can do to help other people to really thrive.”

A key principle of being an ethical leader is knowing yourself — even if that means learning your self-awareness is lacking. “If you’re not good at knowing yourself, get other people around you who can give you open and honest feedback,” she said. “Being able to modulate and adjust based on what’s going on with you is really critical.”

Ethical leaders embody traits that support the success of others and the greater organization like the characteristics Macky identified: integrity, respect, justice and honesty. Transparency is a value that Chris Rothstein promotes as CEO of Groove, a sales engagement platform for enterprises using Salesforce.

“At the end of the day, we operate in a transparent, honest and fair way,” Rothstein said. “We should always be insanely transparent about who we are and who we’re not, so people can opt in. I think that’s important because I think there’s too many companies that are overselling in interviewing ... it leads to situations where employees are not necessarily signing up for what is real.”

Similarly, Niamh Parker stresses the importance of personal responsibility and having a strong moral compass during the hiring process at Altada, an artificial intelligence data compliance startup.

“Ethical leadership for me is making sure, number one, that the person is in the right role ... that their goals and their mission is in line with the company,” said Parker, co-founder and chief legal and people officer at Altada. “If they’re empowered, and they feel that they’re making a difference, then they’re going to give a lot more towards the company vision.”

How Do You Bring Ethical Leadership to Your Organization?

Whether you work at a small startup or an international tech company, ethical leadership requires investment in empathetic relationships and consciousness about the community you are building. That’s best done through storytelling, Skeet said. For a large company, this might look like sharing a personal story relating to ethical values at a town hall meeting, while at a startup, conversations around company ethics can usually start at the beginning and take place in smaller group meetings.

“What stories get told? What’s the one or two stories everybody in the company knows?” Skeet said. “It’s really usually pretty revealing about the organization itself.”

At Groove, Rothstein encourages employees to ask tough questions to hold leadership accountable. Employees can submit questions through an anonymous form before every all-hands meeting, and the leadership team insists on answering every question during the meeting.

“At times, our leadership team hasn’t done a good enough job on something ... employees will see this and they feel comfortable enough to write in,” Rothstein said. “There have been times where we’ve come up short as a leadership team, and we’ve had to basically address the issue at the whole company and let them know, just like everyone else, sometimes we’re not as good as we should be.”

In addition to developing communication around ethical leadership, Skeet recommends creating a template to use for ethical decision making, along with writing out values for the company.

But just writing a mission statement is not enough. There must be action and implementation of these values. This can include putting people on committees or doing job rotations to allow employees to understand the different ethical considerations throughout the company, Skeet added.

Prior to joining Coinme, Macky worked at a larger startup, Remitly, and established tech companies like Microsoft and Amazon. Implementing ethical leadership at larger companies compared to a startup environment can look quite different.

“Usually in big corporations ... there are more governance bodies, processes and entities within the organization to ensure that ethical leadership is demonstrated and put in place, including training, including audits,” Macky said. “Some bigger corporations have salary reviews on an ongoing basis, even as extended offers by super independent parties.”

He continues: “In smaller startups, there is a little bit of governance, but it falls on the individual to be their self-governing entity, which is a great thing but sometimes challenging ... is it a common language that everybody at the organization is speaking?”

How Do You Remain Accountable as an Ethical Leader?

There must be organizational and personal introspection to assess your ethical leadership abilities. Simply, this can be evaluating your past, present and future state.

“You’re doing all the time, but do you stop at some point and reflect?” Skeet said. “The three activities here are looking at your history, assessing your current state and then looking forward and acknowledging future risks and uncertainty.”

At Altada, Parker said the company has a flat structure where the junior data scientists to the executive assistants to the managers all have access to the C-suite, and all team members are consistently challenging each other and evaluating the company’s values.

“If you don’t listen to your people, you’ll never get there, in my view,” Parker said. “There’s a lot of listening — it’s like a two ears, one mouth kind of scenario.”

More Leadership TipsWhat Kind of Leader Are You?

What Does Ethical Leadership Look Like to Your Customers?

Ethical leadership not only applies to how you relate to your colleagues, but it also extends to your customer relationships. When a potential client is not the right fit for Groove’s platform, Rothstein is not afraid to refer the companies to competitors. And if the team gets something wrong like taking on a client that is a poor fit with the company’s purpose, Rothstein is willing to cut ties. For him, it comes down to upholding the company’s values, even when it is a tough business decision.

For example, Groove worked with a company that wanted to use the platform to blast email people every day.

“This is something we’re not really for, supporting some sales rep sending 10,000 emails a day.... They kept pushing us to add new features that would allow that, and I just had to explain to them, it’s just not a fit,” Rothstein said. “That’s ultimately our fault in the sales process. We should have probably understood that and what their true desire was.”

Rothstein ended up refunding the client, even though the company legally did not have to issue a refund. Being willing to take ownership is a value that has been a part of Groove’s company culture since the beginning, he said.

“So many companies say they’re customer-centric, but whenever they have to make a tough decision like refunding someone or cancelling an agreement or whatever it may be, they always choose the more selfish short term thing for them,” he said. “The first value we ever created is called ‘care more’ ... do the right thing in many situations, and this is both for our employees [and] for our customers.”

“You need to really look at the people behind the information and the data,” Parker said. “It’s always really important to us ... that the data subjects are always protected in the use of the data and also that there wouldn’t be any misuse of data on what a client would like us to do with that data.”

Parker and her team faced such a situation when a client asked the company to remove data in relation to Altada’s sentiment analysis algorithm around purchasing in specific areas.

“We had somebody ask us if it was possible to remove the crime data for a certain zip code in the U.S.,” she said. “We were unwilling to do that for a client because we said that it would be unfair to the purchaser in that area if we didn’t allow client sentiment to be included in the analysis.”

Parker tried to explain alternative ways for the client to frame the data but explained that the team’s algorithm was incorruptible. Ultimately, she said the team quickly came to the decision together that working with the client would be in opposition to the company’s ethical leadership values and found it easy to pass on the opportunity to work with the company.