Is an Authentic Influencer an Oxymoron? Bekah Martinez Doesn’t Think So.

Followers see the difference between selling ads and selling out. Here’s what that means for advertisers.

To an advertiser, influencer marketing can look just like buying billboard space. The influencers say they endorse the product — but they endorse it the same way billboards do: because you paid them.

For the high-profile influencers who posted Fyre Festival’s orange square, promoting a scam music festival with no music and almost no food — the answer seems to have been yes.

In fact, she famously said yes to promoting adult-diaper brand Depends in 2015. Though she made no claims to be incontinent, she wore a pair of the company’s briefs under a slinky dress on a red carpet.

“Creators are very aware that unauthentic partnerships and associations with brands engaged in misconduct have long-term consequences,” Qianna Smith Bruneteau, founder of not-for-profit trade organization the American Influencer Council, told Built In. “The risk is often not worth the reward.”

After all, if influencers promote products they don’t necessarily use — or even know exist, in the case of Fyre Festival — they can lose their audiences’ trust and their namesake influence.

Understandably, this gives some advertisers pause. But influencers don’t have to operate in the same transactional, blank way as billboards. Just look at Bekah Martinez. 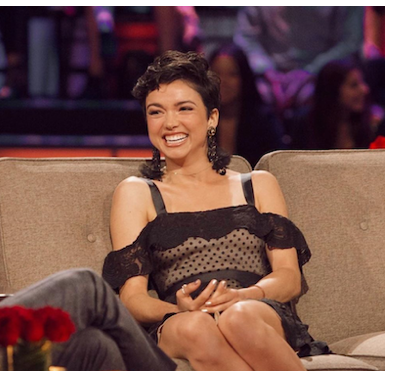 Martinez (left) first entered the public consciousness in 2018, with a star turn on Arie Luyendyk, Jr.’s season of The Bachelor. She was much younger than him — 22 to his 36 — but stole the show with her unparalleled charisma and unprecedented pixie cut. (No woman on The Bachelor, before or since, has had short hair.)

Martinez didn’t end up with Ari — today, she lives in Long Beach with her boyfriend and their two children. Through the show, though, she amassed a major following: more than 600,000 Instagram followers, to be exact.

Like many Bachelor Nation alumni, she currently works as an influencer.

As one of her long-time followers, I find her Instagram presence — ads included — feels more authentic and trustworthy than many other influencers’. She can laugh at herself. She’s transparent about everything from her struggles with acne to her “ecstatic” home-birth experience.

But part of it is that she says no to brand deals a lot, for a host of non-monetary reasons. As she has explained in her Instagram stories, she tests out everything she promotes, making sure it fits into her lifestyle as an environmentally conscious young mother.

That means she turns down deals with fast fashion brands, as of 2020 — she doesn’t buy fast fashion, “so that would be super hypocritical if I was advertising them to my followers,” she told Built In.

She also turns down ads for beauty products with sulfates and other chemicals she doesn’t use in her home.

“I just want it to be me,” she said of her Instagram content. “Which is easier said than done sometimes.”

So, how is it done? We asked Martinez how brands can find and collaborate with influencers like her, who prioritize authenticity and audience trust as well as money.

When her season of The Bachelor aired, Martinez was an overnight Instagram celebrity, and she could have cashed in.

But in the six months after the show, “I said no to virtually everything,” she said. “I would do maybe one ad a month.”

It was only in the fall of 2018, when she announced her first pregnancy, that she started doing ads more frequently, mainly for brands with products related to pregnancy and birth.

She’s still glad she waited before diving into influencing, she said. She wanted people to know who she was and what she valued before she tried to sell them things. Her gut told her advertisers, too, would see her platform as more valuable because she didn’t monetize it right away — and she was right.

“It really worked,” she said.

Today, Martinez rarely does more than eight ads in a month, or two a week, and she runs most of them on her Instagram stories, where they disappear after 24 hours. 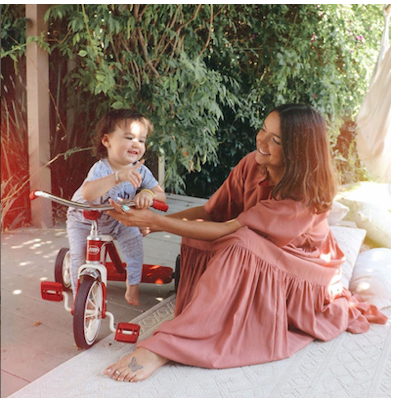 “I don’t want my feed to get clogged with advertisements,” she said. “I’m really crazy about making sure there are big gaps of time in between ads that are hard posts.” In other words, she tries to make sure permanent posts to her Instagram grid are mostly unpaid content, like the photo on the left of her and her daughter.

That’s in part because of her experience as a consumer. When she looks at other influencers’ feeds, she trusts their ads more when there are fewer of them — the sponsorships look more thoughtfully curated.

Even when it comes to her stories, Martinez thinks a lot about balancing promotional and paid content. She tries to have “informative or fun stories in between the ads” — about how to dye clothes with avocado pits, say, or her favorite low-waste life hacks — “so it’s not like my only long story posts are advertisements.”

“Sometimes I’ll go a little bit off the deep end,” she said. “I posted a photo back in June with the Blue Lives Matter flag in the toilet.”

None of Martinez’s sponsors at the time mentioned it, though.

This speaks to a reality of the influencer ecosystem: Controversy and conflict capture attention in a way pure positivity doesn’t. Influencer feuds and scandals get press coverage on tea accounts and, sometimes, in mainstream media; they’re also just more narratively engaging than endless aspirational slideshows.

Smart marketers understand that the influencers who don’t try to please everyone often have more engaged and loyal followings. 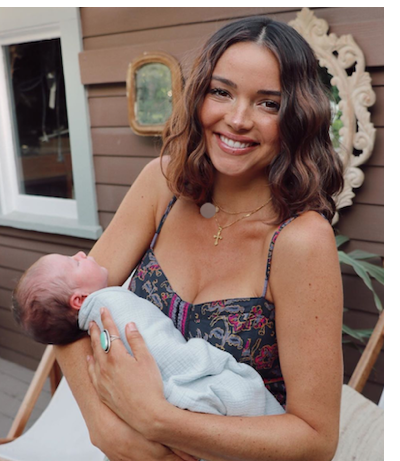 Martinez often works with a skin care and beauty brand called Vanity Planet. They don’t have a formal exclusivity agreement, but “I would say no to another brand that does similar products,” Martinez said.

She thinks her ads feel more authentic — more like genuine endorsements — when she doesn’t advertise competing brands. It allows her to say, credibly, “This is the only brand I use.”

Sponsors appreciate it, too, she reports.

“More advertisers will return to advertise [with me] because [the product] becomes one of the things that’s a staple in my home.”

Martinez said sometimes when she’s organically talking about something going on in her life — like breastfeeding or eco-friendly kitchen tips — a brand will reach out and ask her to run a related ad.

This was how she connected with breast pump brand Medela and Brita water filters; Brita, in fact, flew her to Florida to film a poolside promotional campaign about avoiding single-use plastic water bottles.

“It’s really been an awesome benefit to talking about things I care about,” Martinez said.

As a consumer, too, she looks for a link between organic and paid content in influencers’ feeds.

“There are some influencers I follow who have amazing skin, and they’re always talking about their skin regimen, whether or not they’re being paid for it,” she said.

When those influencers post skincare-related ads, she tends to pay especially close attention.

Martinez noted that some brands send her “really rigid” creative briefs, and it can feel like a missed opportunity for a deeper partnership.

“I try to put a lot of work into really customizing and organically integrating my ad content,” she said.

In the sponsored post she’s proudest of, she did exactly that. Martinez had near-complete creative control in her recent collaboration with sex toy brand LELO, and she designed a half-hour, talk-show-style IGTV spot. For the first segment, she and sex educator Ev’Yan Whitney answered questions from Martinez’s folllowers about sex and pleasure; next, Martinez explained how viewers could use a selection of the company’s toys (yes, even if their roommates never left the house).

“I’m not usually given that amount of creative freedom,” Martinez said. “It felt really authentic.”

One sponsor, for instance, initially wanted her to hold its product right up next to her face in a hard post on her grid.

She pushed back. That kind of shot wouldn’t fit into her overall feed, and it wouldn’t perform as well as a subtler product integration.

“If people immediately see a product, [then] within the first five minutes, [the post is] going to get so much lower engagement,” Martinez said.

Without early traction, posts often get lower reach, Martinez has found. “I’m like, ‘I know how this works, just listen to me,’” she said. “Usually brands do, but sometimes it’s difficult.”

Ultimately, that sponsor listened to Martinez, and she took the post in a different direction. 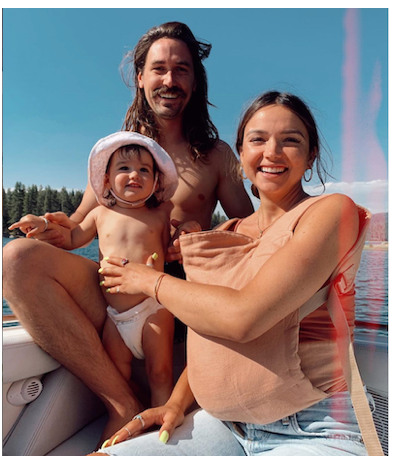 “Most Bachelor alums work with one of three of the same agents, which means that there’s a lot of the same brands coming in,” Martinez explained.

She’s worked with some companies that invest heavily in Bachelor-affiliated accounts, like Vanity Planet, but she’s also charted her own path.

“Getting pregnant was one of the best things that happened to me,” she said, “because I had to create a whole new identity for myself.”

It also set her apart from most Bachelor Nation stars, who are largely single and childless — though that can be stressful too. Martinez said she sometimes feels insecure about not fitting in with other influencers.

But ultimately, her platform reflects her values, and she’s proud of it.

As one of her followers, I appreciate it.

All photos of Bekah and her family via Instagram.