When it comes to diversity recruiting, the times they are a changin’.

There’s no denying that there’s a lot of work to be done before every company can ensure a diverse and inclusive hiring experience, but organizations are putting more work (and skin) into the matter than ever before. But understanding there’s a problem and knowing what to do about it are different things. While just about every company wants to get serious about diversity recruiting, knowing where to begin can be tricky.

We can help with that.

We asked 14 industry experts to share some tips and advice that will help you put together an impactful diversity recruiting plan, so grab a seat and keep on reading.

Set Clear Goals Before You Begin

Start As Early As Possible

“Our CEO … understood early on that we have offices in two of the hardest recruiting environments in the United States: San Francisco and Denver. To add to that, he also knew tech companies are notoriously known to not focus on diversity. Zach put an emphasis on diversity early on and made it known company-wide that we are focused on having a diverse workforce. That beginning, coupled with all the new initiatives and thoughtful, focused recruiting practices, have us starting on the right foot.”

Don’t Underestimate The Importance Of Your Job Descriptions

“We start by evaluating our job postings so they are clear and inclusive, and then we structure what we are looking for and how that is defined. We’ve updated our job postings to acknowledge the imposter syndrome and the confidence gap. I've been happy to hear from a number of candidates who said that, when they saw that in the job posting, it was the final push they needed in order to apply.” 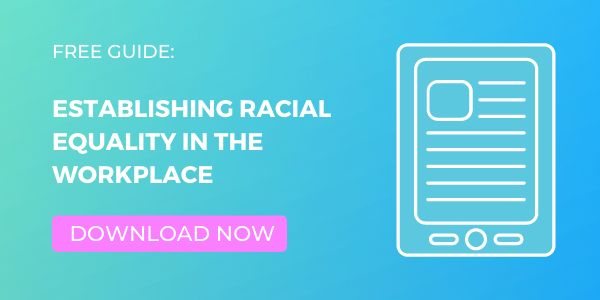 “We ensure that all candidates go through a standard hiring process, including questions on values alignment rather than ‘culture fit,’ to ensure each candidate is given an equal opportunity and to limit potential bias in the process.

We invested in a workshop for hiring managers on the topic of mitigating unconscious bias. The results of our diverse hiring practices are evident; we have employees from all over the world and over 60 percent are female.”

“You really need to make sure you’re not saying, ‘Well, we’re not getting enough women applicants and that’s why we’re not hiring a diverse team.’ Instead, you need to figure out how to increase the size of the funnel. One way to do this is to look at your job descriptions and make sure they don't include unconscious biases that turn away women just by how the language is written. You also have to make sure that you’re actively seeking out talent, whether that’s through channels like LinkedIn or networking groups. You have to be proactive.”

Watch Out For Unconscious Bias

“We adopt best practices to minimize unconscious biases and ensure fairness and objectivity. We run our job descriptions through a gendered language decoder to ensure we’re not inadvertently appealing to some job seekers more than others. We also think about what someone can add to our company culture — not just how they fit into the existing culture, which can unfairly penalize people from different backgrounds. Currently, we’re focused on ensuring our interview process is structured, and that the evaluation criteria are clearly defined.

We’re also collecting data so we can measure outcomes like hiring rates for different demographic groups. We’re continuously trying to understand where we have opportunities to improve. We are committed to a process that reflects our commitment to diversity every step of the way.”

“We use the diverse slate approach. This means we present hiring managers with at least one qualified candidate who is a member of an underrepresented group to fill any open role. This encourages recruiters to look longer, harder and smarter for more diversity in the talent pool and ensures that hiring managers are exposed to a range of different candidates during the interview process.

We also have a number of partnerships with organizations that provide diverse pools of talent such as historically black colleges and universities and Hispanic-serving institutions, and with organizations that help young people from underrepresented communities develop an interest in computer science, such as Girls Who Code and Year Up.”

“There are two initiatives in particular that I think are going to really help us move the needle on hiring more diverse candidates. The first is the Rooney Rule (inspired by the NFL) where for every director-level-and-above position, we require the hiring team for that role to meet with at least one candidate who reflects an underrepresented group at HubSpot today.

We also introduced the Norrington Grant last year, named after HubSpot board member Lorrie Norrington, which gives leaders across the company a flexible budget to recruit and compete for non-majority top talent. We’re in the early stages of both initiatives but I’m excited about the results we’ll see, and eager to learn how we can iterate.”

Don’t Get Too Caught Up On The Qualifications

“We don’t enforce qualifications around hiring diverse talent, but diversity happens naturally in our search for candidates that have a variety of expertise. We’re open to all ages, genders, races, backgrounds and skill sets because you can’t expect a small company to grow quickly if you keep on hiring the same type of employee. When we’re presented with an opportunity to add a new dimension to our team, we reach out and take it.”

"Cambridge Semantics makes it a point to interview a diverse range of candidates. The company seeks talented individuals, and will recruit them regardless of their location or cultural background. For example, if an exceptional candidate currently resides in India, the company will sponsor their work visas and help the employee with the costs. With a diverse team and a supportive and rewarding environment leading the way in a fast-growing technology sector, Cambridge Semantics is a clear example of what many in  today’s workforce are seeking in a company."

If You Want Diverse Candidates, Start With A Diverse Hiring Committee

“Our efforts to promote diversity begin with the hiring process and permeate throughout our entire company culture. We encourage team members to be involved in Meetup groups like Women Who Code and Blacks in Technology, and we cross-post our job listings to such groups in order to solicit a more diverse pool of applicants.

During the hiring process, 20+ OwnLocal employees from a variety of backgrounds interview candidates, and then everyone has an equal say in the hiring decision — so equal in fact that a new employee’s vote has just as much weight as the CEO’s. This allows us to hear a diverse set of opinions and avoid unintended bias during the interview process.”

“Our commitment to diversity is integral to our software engineering hiring process, which is a partnership between our recruiting, hiring and tech teams and which is aimed at removing the preconceived notions interviewers might form about candidates based on resume triggers like past titles, schools and workplaces. We also ensure we're recruiting for all positions from diversified talent sources. In addition, we actively seek out candidates from non-traditional tech backgrounds for our apprenticeship program.”

"Our initiatives include long-term plans, such as attending events specifically designed for non-traditional talent and an eventual resource for internships and mentorship. We also engage in short-term programs with immediate success, such as “blind hiring,” where I review applications with no name or photo attached. This makes a big difference for finding talent based on the content of the resume, rather than the presumptions that come with a particular name or image."