Both Sony and Microsoft are preparing to launch next-gen game consoles that address an outdated user experience. Which big UX bet will win out? 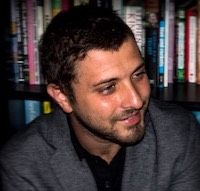 When the Playstation 4 and Xbox One launched back in 2013, console platforms were winning the gaming wars, accounting for over 40 percent of revenue across the global games market. In the intervening years, gaming has exploded in popularity, growing into a $150 billion juggernaut. But consoles are no longer the flag bearers of gaming they once were.

Like other industries, gaming has been disrupted by a shift to mobile, which today accounts for nearly half of revenue in the games market. Consoles now represent less than a third. Even Nintendo, one of the Big Three console manufacturers, has gone mobile with its newest console, the Switch, which reduced its footprint to just another screen to carry with you, rather than the center of a living room. The bet paid off. The Switch became one of the fastest-selling consoles ever, and helped revive Nintendo as an important cultural and market force for another generation of gamers.

It’s in this uncertain landscape that both Sony and Microsoft are gearing up to launch their next-generation game consoles, the Playstation 5 and the Xbox Series X, respectively. The launch of a new console generation has always been a high stakes occasion in the gaming industry, but for the first time in years those stakes seem downright existential.

As the trends toward mobile have shown, it won’t be enough for Sony and Microsoft to offer raw power and high-fidelity graphics. Rather, to compete with the convenience and mobility of the new gaming options, they will need to innovate in a radically different arena: user experience.

Related ReadingWhat Does the Future of the Gaming Industry Look Like?

A Focus on UX-Driven Products

UX has long been an important part of a product’s success. But in a digital economy where customers can switch between competitors with the tap of a finger, it has become critical. Companies now recognize that they don’t just compete against other businesses in the same neighborhood, or even in the same industry, but against the entire landscape of digital experiences to which consumers have become accustomed. The result is that now even the stodgiest of companies are investing unprecedented amounts in overhauling their UX in an effort to become the “Amazon of banking” or the “Uber of healthcare.”

The rise of new UX-driven products and services has also highlighted the experience flaws in the current generation of console gaming. To play today’s latest blockbuster titles, gamers typically pay $60 for each new release, and install the game via physical disc or increasingly huge downloads. Even once a game is installed, players often face long load times and routine software updates. Some of these updates have become so disruptive that, in one case, they prompted the developer for the best-selling franchise Call of Duty to issue an apology to annoyed fans.

It’s an experience that seems decidedly out-of-date in a market where users expect sleek, intuitive design and instant gratification. And both Sony and Microsoft appear to be aware of the dangers of such a dated UX, and are taking unique approaches toward modernizing it.

For Sony’s part, the Playstation 5 (PS5) appears to be taking aim squarely at one of the most outmoded UX issues in gaming today: long load times.

While gaming has always involved load times to a degree, they have become increasingly problematic in a digital world. Jakob’s Law, a well-known UX principle named after famed user advocate Jakob Nielsen, posits that the expectations users develop from other services will inevitably translate into expectations with yours. As instant gratification becomes more commonplace for media, banking, and even healthcare, it’s inevitable that gamers will expect the same.

The way Sony is tackling this problem is with a new state-of-the-art solid-state drive (SSD), which reportedly achieves data transfer speeds 100 times faster than its previous console. Combined with a complete overhaul of the user interface, the SSD could go a long way toward modernizing the experience of gaming by making loading a game more like refreshing your Twitter feed.

Microsoft, on the other hand, is taking an entirely different approach to modernizing the UX of gaming by investing heavily in two services: Xbox Game Pass and Project xCloud.

Game Pass, which recently made news when it passed 10 million users, is a subscription-based service from Microsoft that grants users access to a rotating catalog of games that can be played either on Xbox One or PC. Meanwhile, Microsoft’s waiting-in-the-wings streaming service, Project xCloud, targets a separate point of friction: device limitations that constrict how and where gamers access their content.

“This world where the hardware you bought keeps us from being able to play together seems totally foreign in today’s world,” said Xbox chief Phil Spencer in a recent interview with Wired. “We’re going to be focusing on the player and the devices that they have that fit in their lifestyle.”

With xCloud, gamers can stream their games over the “cloud” to a smartphone or tablet, obviating the need to own a high-end PC or dedicated console entirely. Because the games are installed and managed on remote data centers, players need not worry about problems like downloads, storage space, or software updates. And though final details of how the service will work exactly remain scarce, it’s easy to see how combining the streaming of xCloud with the library of Game Pass could position Xbox as the “Netflix of games” — instant access to a library of games, across devices, for a single subscription fee.

While game streaming is still in its infancy, it’s already promising to be a major disruption to the traditional UX of gaming, and Microsoft is not alone in recognizing the technology’s potential. In just the past year, two new game streaming services — Google Stadia and Nvidia’s Geforce NOW — opened to the public. And both games publisher EA and tech giant Amazon are rumored to be working on their own game streaming services expected to launch sometime in the next few years.

The Next Phase of Gaming

The common thread throughout these innovations is a renewed appreciation for UX as a key factor in winning the next phase of the gaming wars. The big opportunity for game companies is to bring together technology, design, and business to rethink the entire experience of gaming — from how we interact with games to how we access content — and make the case for why their experience is the superior one.

Sony’s challenge will be to attract more gamers away from the convenience of mobile by innovating the core experience of playing on a home console. Microsoft, meanwhile, will need to prove that its ambitions to establish a streamlined experience for gaming across devices won’t come at the cost of a foothold in the still lucrative console market.

We’ll soon see which strategies will succeed and which will fizzle. For the ones that stumble, they may find themselves on the list of companies that have succumbed to the disruption of the times. For the victors, it could open up massive new opportunities to capture an ever-expanding audience of gamers.