Recursive SQL expressions allow you to reference previous results in a hierarchical data set in order to extract information. Here’s how it works. 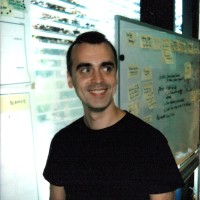 Denis Lukichev
Full Stack Engineer at Sinch
Dennis Lukichev is a full stack software engineer with more than 15 years experience. Lukichev currently works for the communications platform Sinch. Prior to joining Sinch, he worked as an automations engineer for Tetra Pak for nearly 12 years.

Recursion in SQL? But why? Oh, there are many uses for that. It’s common to store hierarchical data in SQL and recursive queries are a convenient way to extract information from such graphs. Some common examples of hierarchical data you might encounter include organizational structure, application menu structure, a set of tasks with sub-tasks in the project, links between web pages and a breakdown of an equipment module into parts and sub-parts.

What Is a Recursive SQL Common Table Expression (CTE)?

A recursive SQL common table expression (CTE) is a query that continuously references a previous result until it returns an empty result. It’s best used as a convenient way to extract information from hierarchical data. It’s achieved using a CTE, which in SQL is known as a “with” statement. This allows you to name the result and reference it within other queries later.

The post will not go into the details of those many use cases, rather it will examine two hypothetical examples designed to help you understand the concept — the simplest possible case of recursion in numbers and querying data from the family tree.

Recursive SQL: What Does It Mean and How Does It Work?

A query can take something and produce nothing:

It can take nothing and produce something:

Or it can take nothing and produce nothing.

How to Write a Recursive Common Table Expression (CTE) in SQL

Recursion is achieved using a WITH statement, which in SQL jargon is called a common table expression (CTE). It allows you to name the result and reference it within other queries later.

Here is a sample.

Query (SELECT 1 AS n) now has the name R. We refer to that name in SELECT n + 1 FROM R. R is a single row, single column table containing number one. The result of the whole expression is number two.

The recursive version of the WITH statement references itself while computing the output.

For the recursion to work, we need to start with something and decide when the recursion should stop. To achieve this, a recursive with statement typically has the following form:

It’s important to note that the base query doesn’t involve R, however, the recursive query does reference R. At first glance, it seems like an infinite loop. To compute R, we need to compute R. But there’s a catch. R doesn’t reference itself, it just references the previous result. And when the previous result is an empty table, the recursion stops. It might help to think of it as an iteration rather than a recursion.

If that’s too abstract, let's look at a couple concrete examples.

Example 1: Count Up Until Three

The first example we’ll explore is count until three.

Counting up like that, however, can only go that far. There is a limit for recursion. It defaults to 100, but it could be extended with the MAXRECURSION option (Microsoft SQL server specific). In practice, however, it could be a bad idea to crank the recursion limit up. Graphs might have cycles and limited recursion depth can be a good defense mechanism to prevent a poorly behaving query: OPTION (MAXRECURSION 200).

More on SQLA Guide to Resolving Data Divergence in SQL

Let’s look at another example, finding a person’s ancestors.

The base query finds Frank’s parent, Mary, and then the recursive query takes this result under the Ancestor name and finds Mary’s parents, who are Dave and Eve. This process continues until we can’t find any more parents.

This tree traversal query could be the basis from which you augment the query with some other information of interest. For example, having a birth year in the table, we can calculate how old the parent was when the child was born. Our next query can do exactly that, along with showing lineages. To do that, it traverses the tree from top to bottom. parentAge is zero in the first row because we don’t know when Alice was born from the data we have.