I Was President of StubHub When Covid Tanked Our Industry. Here’s What I Did.

After leaving Joyus, I took several months off to evaluate different opportunities to lead a larger company, hopefully in e-commerce. As disappointed as I was that we couldn’t make Joyus a large success, I felt optimistic about my prospects, thanks to my overall track record as an effective and resilient executive, entrepreneur, investor and board member. As such, I was thrilled when the role of president at the global ticketing marketplace StubHub became available and I got a call to discuss it. StubHub was a brand I knew and loved. And after my years-long risk at Joyus, I was ready to jump into leading a successful and well-established consumer service and help it to grow even more.

The more I learned about StubHub, the more excited I became. The Stubbers (our name for StubHub employees) I met shared my values, and all shared a passion for live music and sports. I would have a full mandate to lead the company operationally, to further shape its culture, and to frame its strategies within the context of its parent company, eBay, which had owned StubHub for close to a decade. StubHub’s business was sizable, posting over one billion in annual revenues on close to five billion in annual ticket sales volume.

As president, I would be asked to help StubHub grow in new areas even as it improved its customer experience and delivered steady profits for eBay. Evaluating all of these factors, I agreed to join the company. I expected the job to be challenging and anticipated risks to my professional success related to my leadership execution, competition and changing priorities from our corporate parent. In this regard I was right; but major unforeseen risks would also unfold on my journey.

Enjoying This Built In Excerpt? Buy Sukhinder’s Book!Choose Possibility: Take Risks and Thrive (Even When You Fail)

The Subway and the Coconut

During my first months on the job, my team and I worked hard, restructuring parts of the business to improve its efficiency, as well as beginning to invest in new products and services. I recruited a number of new leaders whose capabilities and principles were strongly aligned and who were equally energized by what we could build together.

StubHub did end up achieving industry consolidation during my tenure, but not in the way I envisioned.

Prior to accepting my role, I had come to believe that the ticketing industry would need to consolidate through mergers and acquisitions, and that StubHub could play a key role in this evolution. I was now even more convinced of this strategy, and lobbied eBay’s CEO to allow us to acquire other ticketing companies so that we could compete more effectively against our main rival, Ticketmaster/ LiveNation.

StubHub did end up achieving industry consolidation during my tenure, but not in the way I envisioned. Two big events changed our journey, one of them a “subway” (an occurrence we could potentially anticipate), the other a “coconut” (a freakish, truly unexpected event).

In 2018 and 2019, eBay faced mounting pressure from shareholders. Its growth lagged that of rival Amazon, while its profit margins had eroded as well, thanks to rising marketing costs. I had closely considered these challenges (the subway) when I took the job, but concluded that I could still thrive and have impact as StubHub’s leader. As I saw it, shareholder pressure might even open up new strategic possibilities, like spinning the company out into its own independent public entity. I was prepared to take on this type of corporate risk, which would directly impact my own ability to succeed in the job, although I took care to include protections in case of a company merger or acquisition when negotiating my employment contract.

Instead of StubHub acquiring another player in live entertainment, as I had lobbied for ... we would be the company acquired.

Some market experts predicted that if eBay couldn’t boost growth and profitability, activist shareholders would mount a challenge to the company, as Carl Icahn had done years earlier (resulting in the spinoff of PayPal as a separate company). Within nine months of my arrival at StubHub, that’s exactly what happened. 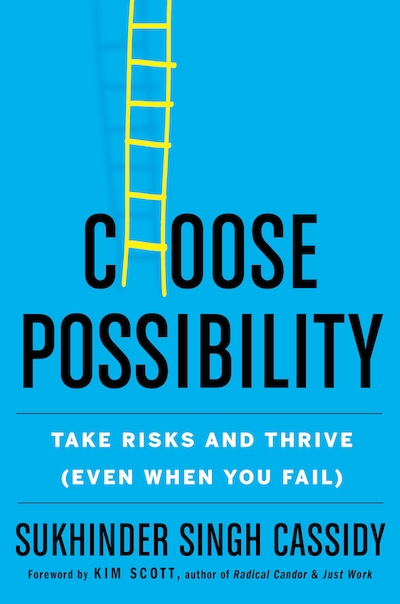 In January of 2019, activists took a stake in eBay, joined the board, and petitioned it to sell StubHub in order to create more shareholder value. Instead of StubHub acquiring another player in live entertainment, as I had lobbied for, the board concluded that it was time for eBay to sell its non-core assets, including our business, to another player. We would be the company acquired, not the ones doing the acquiring. The implications for my own role at StubHub were uncertain. Depending on who acquired us, I might have the opportunity to lead the company post-sale, or I might not.

By my one-year anniversary, my team and I were preparing for the months-long process of selling StubHub. The months that followed were all out—we had to pitch the company to private equity firms and other ticketing companies seeking to acquire us, all while trying to keep employee morale high amid the uncertainty, and executing our operational game plan. Ultimately, the founder and CEO of Viagogo, a highly profitable international ticketing player about a quarter of StubHub’s size, agreed to pay more than four billion for StubHub.

The sale price was a record sum for eBay, making the deal a massive professional success for me and my team. Personally, though, I found it disappointing.

Viagogo’s founder also happened to be one of StubHub’s original founders, a serial entrepreneur who had left the company under less-than-ideal terms in 2006. He was thrilled to be buying his old company back fourteen years after he’d left it.

The sale price was a record sum for eBay, making the deal a massive professional success for me and my team. Personally, though, I found it disappointing. Viagogo’s CEO would want to run the combined company, leaving me out of the top job and unable to realize the bigger ambitions I’d had for the company. Since I had no interest in serving as StubHub’s number two leader after the merger, he and I agreed amicably that I would depart shortly after the transaction closed. On February 13, 2020, the sale process concluded, and I began mentally preparing for my upcoming departure.

Looking for More Built In Book Excerpts?My Secret to the Success of Amazon? Being OK With Spectacular Failure.

Then came the coconut, an event none of us could have predicted. On March 13, precisely one month after our company’s sale, Covid-19 dealt the U.S. entertainment industry a body blow. Overnight, every sports league in the nation postponed its season, and promoters and venues canceled thousands of planned music events. Within a seven-day span, StubHub went from handling more than a billion dollars in ticket sales in any given quarter to almost nothing. This was not just big—it was unprecedented. What had initially been a relatively low-risk career move for me with mostly upside morphed into a high-risk situation, with the company now in unexpected peril. Somehow, I’d have to navigate us through it.

Within a seven-day span, StubHub went from handling more than a billion dollars in ticket sales in any given quarter to almost nothing.

If a crisis like this had hit us earlier, we’d have been in better shape to weather it. We’d have had a massive public company like eBay behind us, with enormous amounts of cash reserves on which to draw. Now, as a newly private company owned by another private company also strongly affected by the pandemic, we had a much smaller balance sheet and faced an industry shutdown ruining our entire business. Instead of a smooth and happy departure, I now had to scramble to keep the company going for an indeterminate period of time until the live entertainment sector managed to recover.

During March and April of 2020, our leadership team and I rapidly restructured multiple parts of StubHub and its operations. First, we adapted all of our previous policies to our new Covid reality, dealing with thousands of angry customers who wanted their cash back immediately for ticket purchases they’d made on now suspended events. We ourselves chased thousands of sellers who already held these same funds in their own bank accounts (since we remitted cash to sellers very quickly after any ticket sale in the course of normal operations). We did the best we could, offering a combination of 120 percent credits on the site toward future purchases and cash refunds in certain states, and trying to communicate transparently. Understandably, the situation remained difficult and challenging, with many still frustrated as we managed the tangled mess between sellers, buyers, leagues, venues, and more.

While all of this was going on, we were also forced to quickly restructure every part of our internal cost base. Among our most difficult decisions was the need to let go roughly two-thirds of our U.S. business’ employees given our steep decline in business volume. Although we did our best to offer reasonable severance packages and other resources, there is no denying the dislocation and pain people experienced. We also delayed all nonessential initiatives, in essence creating an entirely new operating model for the company, designed to last as long as necessary.

I had not expected to preside over a record sale of the company, to be out of a job within two short years or to manage the extreme risk and volatility that unfolded during my tenure, but there it was.

As difficult as these changes were, we managed to set up a stable but much smaller base of operations that would allow us to endure the live events industry’s indefinite stoppage. It was highly stressful work for everyone, conducted swiftly under a time crunch, but the entire company came together to help get it done, showing great flexibility, understanding and resiliency, as well as a sense of urgency. By June, we had completed the majority of our restructuring, including the downsizing of most of our senior leadership team. It was now time for me to leave and begin my own next chapter, secure in the knowledge that I had completed the critical work of helping the company survive the immediate Covid crisis and stabilize for the longer term.

Although I couldn’t have predicted the pandemic and its implications for StubHub, and the decisions at the end were excruciating to make, I look back on my time as StubHub’s president as a success in terms of my ability to deliver outcomes and have impact. I had not expected to preside over a record sale of the company, to be out of a job within two short years or to manage the extreme risk and volatility that unfolded during my tenure, but there it was. It was time for me to choose possibility once again.