Instead of letting talented employees with ideas for innovative startups strike out on their own, Goldman Sachs is giving them the resources and funding to build their businesses in-house.
Michael Hines
Michael Hines

It’s a deal any aspiring entrepreneur would take in a heartbeat: a paid, two-year break from work to launch a startup — but with the funding and resources of an established company with global reach.

What’s most surprising is not, perhaps, that a program like this exists, but that the company behind it is a 150-year-old investment bank.

Goldman Sachs isn’t necessarily a place most techies consider a hotbed for entrepreneurship and innovation. But in 2018, it launched GS Accelerate, an in-house pitch competition that gives employees the chance to submit ideas for new tools, products and ventures that might benefit the company. The winners then leave their day jobs behind to launch their own startups within the halls of Goldman Sachs.

While many larger finance companies have in-house innovation labs and accelerators, few let employees live the life of a full-fledged entrepreneur.

GS Accelerate is the brainchild of Stephanie Cohen, who launched the initiative shortly after stepping into the role of chief strategy officer in 2017. Her goal was to create something that made it easier to launch cross-divisional products, provided opportunities for innovation and tapped into the company’s internal talent pool.

She chose Tanya Baker, a managing director who spent more than a decade in digital strategy and innovation leadership roles at the company, to help lead the initiative. 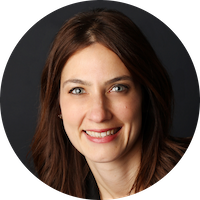 “The opportunity to have a blank sheet of paper in this organization and create something new and innovative is tremendous,” said Baker (pictured left).

Sound too good to be true? We thought so too, until we talked to Baker and learned just what it’s like to go through GS Accelerate.

Vet for the Best

From the start, would-be entrepreneurs need to bring their A-games. Baker said her team has seen more than 1,500 submissions across two cohorts of Accelerate, with only 13 receiving funding. Ideas run the gamut, from software that automatically implements cybersecurity updates (up to 500,000 a month) to pitches that jockey to keep the company’s Salt Lake City gym open 24 hours.

“We want to make sure we don’t lose that really cool, crazy idea we may not have thought of,” said Baker.

The best pitches move on to the second round of Accelerate, which gives employees their first tastes of entrepreneurship. During this stage, employees who submitted an idea individually are required to find a partner. That prerequisite doubles as a litmus test to determine how well someone can sell others on their vision. Teams are also required to develop a two-to-five page business plan and 10-minute pitch.

For some, that’s business as usual. But for others, like an employee who spent 14 years working on retirement plans in HR before pitching Baker’s team, those first steps are a tougher challenge.

“There’s a spectrum of people who literally have seen a pitch on ‘Shark Tank,’ and that’s it,” said Baker.

Go All In — and Offline

During the final round of Accelerate, teams leave their day jobs for a week and partner with company consultants to flesh out business plans and refine pitches. Away from their desks, founders dive deep into differentiating their value propositions and articulating how their ideas align with Goldman Sachs’ strategic vision.

“A lot of these teams going in really had a high-level view of the opportunity and of the space,” said Baker. “At the end, many of them had a 20- to 30- page business plan with the proper financial ask, a good view of the markets, OKRs and a confident pitch.”

“We’ve met really talented people, and I look at them and think, ‘They’re born to be an entrepreneur.’”

Many venture capital firms trumpet that they invest in people as much as ideas. The same, Baker said, is true of Accelerate. Ultimately, getting past the final round is about more than communicating how innovative or marketable an idea is.

“This lives and dies by the quality of people in the program,” said Baker. “People who embrace the unknown, the uncertainty and the culture of experimentation do really well in this sort of environment. We’ve met really talented people, and I look at them and think, ‘They’re born to be an entrepreneur.’”

Once accepted into the program, Baker said her team checks in with founders a few times a week. They also meet quarterly with their company’s board of directors, which is made up of senior Goldman Sachs employees who hold cross-divisional roles. But otherwise, Baker said founders are given the autonomy to build their businesses as they see fit.

Winning teams spend the next two years building their startup within Goldman Sachs. While expectations are high — founders build, test and then either scale or fail — employees in the program are poised to start with a leg up over folks building companies from a garage or coworking space.

For starters, they have access to internal resources, like HR and recruiting, and can hire from within or outside of the company. Teams can also lean on their board members for help connecting with potential clients, building out technical roadmaps and good, old-fashioned brainstorming.

“What we try to balance is giving them the autonomy to build and run their businesses while also making sure they have the right support and the right tools to succeed,” said Baker.

Depending on the product or business, entrepreneurs can test the waters internally. One idea currently undergoing testing is a tool that makes it easier to crawl the company’s rosters to find just the right coworker — one in 37,000 — to answer any question a client might have.

“We let [founders] experiment as much as we can, and we push the envelope where we can.”

Another is Polaris, an analytics tool built to help the company’s debt investors analyze the performance of their portfolios. In an interview with Institutional Investor this past summer, Baker said the Polaris team was hiring a head of business strategy to help expand the platform.

“There are quite a few products right now that are being validated within Goldman Sachs,” said Baker. “There’s one that’s already generating revenue out in the market. We let [founders] experiment as much as we can, and we push the envelope where we can.”

That type of opportunity can change the course of anyone’s career, like that 14-year HR veteran, and help them discover a new side of themselves.