Anyone who’s been paying attention has noticed that Austin is fast becoming one of the country’s hotbeds of tech. Here are four reasons why it’s so attractive to companies. 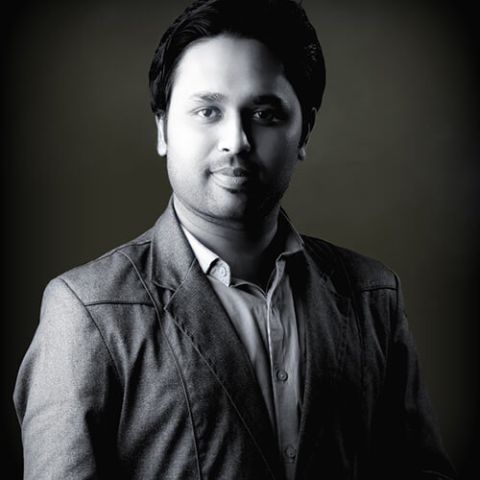 Elon Musk is building Tesla’s next U.S.-based factory in Austin, Texas. Likewise, Oracle announced in December of last year that they’re moving their headquarters to Austin. Dropbox’s CEO recently bought a house in Austin and plans to settle there permanently.

If you follow tech news, you’re probably aware that this phenomenon is called the Silicon Valley exodus. In fact, apart from the established tech companies mentioned earlier, newer businesses are flocking to Austin too. As an example, Papaya Global, an Israeli-based startup that recently raised $100 million with more than a billion-dollar valuation has 32 employees in Austin. This is just one example of many companies that previously wouldn’t have looked beyond Silicon Valley that are now choosing Austin.

Why are people and tech companies migrating to Austin? What’s in Austin for them? Let’s consider four possible reasons why Austin is a tech hotspot right now.

4 Reasons for the Austin Boom

A guide to supporting the development of rising women in tech.

Some people reading the headline on this article might scoff, and I’d understand. Recent coverage may make it sound like tech companies are just making their way to Austin as though it’s some sort of untapped resource. On the contrary, some of the biggest tech companies in the world have historically had offices in Austin.

Apple, Facebook, Google and Atlassian already had thousands of employees working from their offices in Austin before the pandemic. In fact, Apple opened its first office in Austin more than 25 years ago and is currently constructing a newer, billion-dollar campus there set to provide even more tech jobs to the area.

Additionally, Dell Technologies headquarters situated in Round Rock, Texas, is pretty close to Austin. Out of Dell’s 158,000 employees worldwide, 13,000 work from Texas, roughly 8 percent of its global employees.

I could go on and on. But I’d be remiss to ignore Samsung, whose first plant for manufacturing semiconductors was opened in 1997 in Austin. You can see why some people feel Austin is only recently getting the attention it deserves in the tech world.

Many businesses around the country, both in tech and beyond, are struggling with improving their policies around diversity, equity and inclusion. Tech companies are taking these areas more seriously than ever before. The same is true of Austin-based companies

Regardless, there’s one aspect of inclusivity where Austin stands out — its thriving LGBTQ+ community. Austin is often listed as one of the most LGTBTQ+ friendly cities in the country. In a 2017 study, Austin ranked among the world’s best LGBTQ+ cities and was the third-best LGBTQ+ city in the U.S.

Austin’s support for LGBTQ+ rights, openness and safety make it a prime destination for tech talent in the LGBTQ+ community seeking new opportunities.

It’s no longer news that some employees in Silicon Valley are barely making ends meet, even with six-figure salaries. The cost of living in the Bay Area is insane. For some employees, as much as 40 to 60 percent of their salaries go to rent. Currently, 68 percent of the country’s metropolitan areas with the least affordable housing are in California.

Though an influx of tech companies and their employees have created more demand and sent rent and house prices soaring, housing is still generally cheaper in Austin than San Francisco. More millennials are moving to Austin with the realization that they stand a better chance of owning affordable accommodation in Austin than they do in California.

Some tech companies have introduced a permanent remote work policy during the pandemic, and this has been a blessing to many employees. They’ve relocated to Austin and other cities with lower living expenses while still earning Silicon Valley salaries.

Although real estate may be less affordable soon, for now it remains a better alternative to San Francisco. Austin’s average lease rates are more affordable for tech companies and their employees.

Texas is one of the seven states in the U.S. with no corporate income tax. Low to non-existent corporate taxes has several advantages including:

Signs suggest that tech companies are experiencing exponential growth in Austin, and investors are more than happy to support them. Recently, several more local companies in the Austin area have achieved unicorn status. Companies like WorkRise, Firefly Aerospace and the Zebra have reached at least a $1 billion valuation.

Texas boasts several other unicorns, in addition to many profitable tech companies that have not reached unicorn status yet but are successful in their own right.

This rapid growth is not without some downsides. Some may fear that Austin is slowly becoming another Silicon Valley with the rising cost of living expenses and the influx of new residents. Still, for founders looking for a home base, Austin offers a lot of advantages. You’ll be able to attract top talent thanks to the city’s inclusivity and affordable living expenses, and you’ll be joining a thriving tech ecosystem.

Free Report: The State of DEI in Tech

An in-depth analysis of diversity, equity, and inclusion in the technology industry.