What’s the Deal With CryptoPunks?

The eccentric NFT collection is an experiment that lives on today, challenging our concept of ownership amid the dawn of Web3. 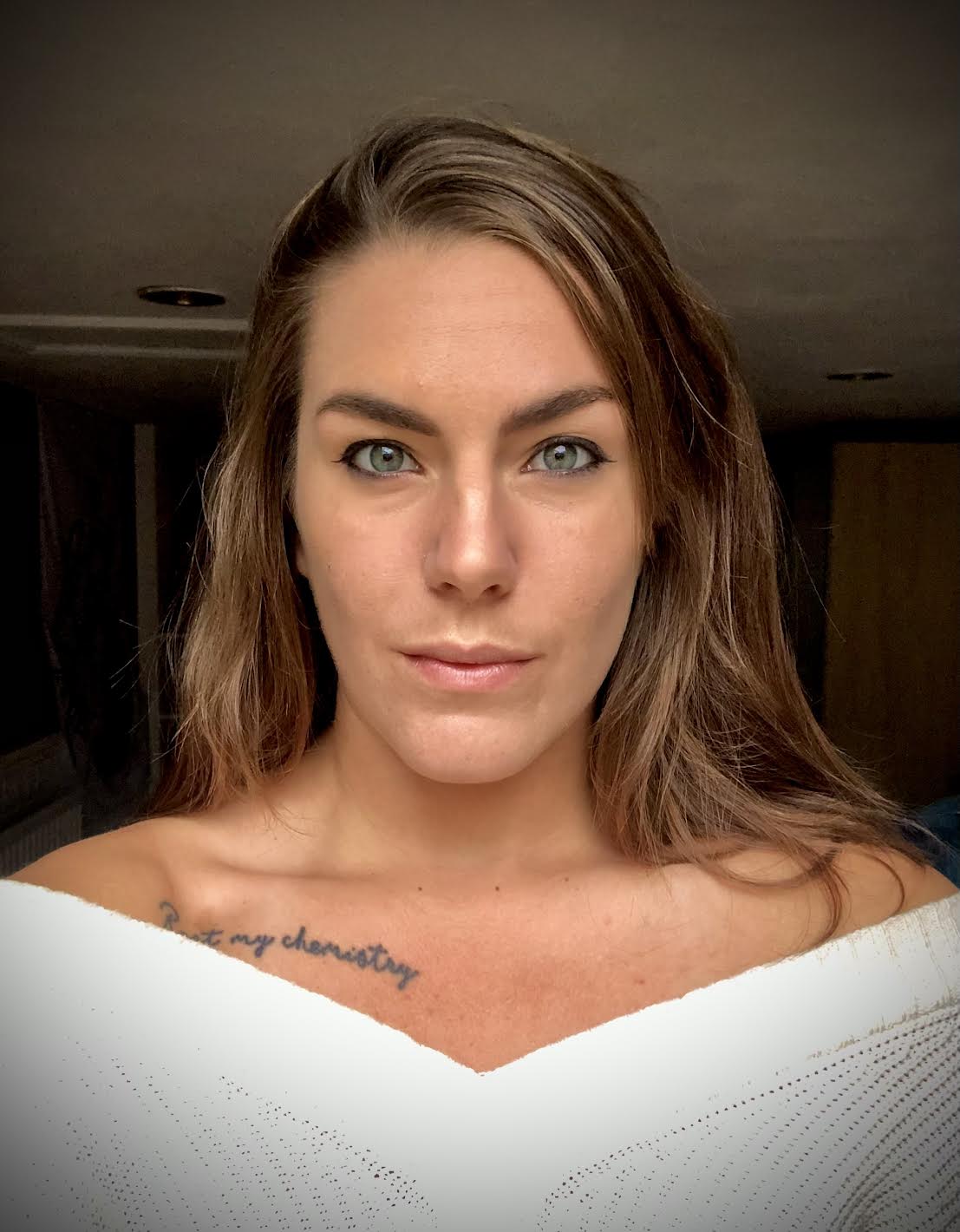 Brooke Becher
Staff Reporter at Built In
Brooke Becher is a Built In staff reporter covering FinTech and blockchain technologies, like crypto and Web3.
Image: Shutterstock

You may know them as wide-eyed kitties or pixelated hooligans up to no good, popping up as celebrity social media avatars or marqueed over local pop-ups. These are NFTs, or non-fungible tokens, and they create camps in conversation, splitting friend groups apart: pro, con and the blatantly confused.

It all started with CryptoPunks, a 10,000-piece collection of grainy, 8-bit portraits, which are widely recognized as the first NFTs.

CryptoPunks are a 10,000-piece token collection on the Ethereum blockchain that was released in 2017 by New York City-based Larva Labs. They are widely recognized as the first NFTs.

What began as a deflated experiment continues on today, challenging our concept of ownership and all that it entails in the digital age.

On the heels of a $2 trillion crypto crash and a looming recession, one of the largest CryptoPunk transactions of all time sold in July. The masked and do-ragged ape with a vape sold for $2.6 million, taking fourth place in historic record sales.

It begs the question – how did we get here?

But First, What Is an NFT?

Skeptics will say otherwise, but it’s more than just a square slab of assorted pixels. A non-fungible token, or NFT, is a unique digital signature that represents ownership within the world of crypto.

What Is an NFT?

NFT is an acronym for non-fungible token. These digital assets link ownership to unique items, both physical and digital, and cannot be replicated. Transaction histories are recorded via blockchain, a publicly distributed ledger secured by encryption, which is used to certify authenticity and ownership.

The word itself — non-fungible — means irreplaceable, singular and unable to replicate. This feature alone differentiates NFTs from other digital assets like crypto, and sources value for the token. While one Bitcoin will always match another Bitcoin, NFTs cannot be traded or exchanged at equivalency due to the stored metadata on a blockchain.

That said, anything that can be minted on a digital ledger is up for grabs.

MORE ON ETHEREUM-BASED, NFT MARKETPLACESWhere to Buy NFTs in 2022: 20 Marketplaces and What They Sell

A two-man team of Canadian software technologists Matt Hall and John Watkinson created an algorithm that generated a 10,000 randomized character collection of 24x24 pixelated avatars on the Ethereum blockchain, as an experiment.

Unsure of what direction to take, whether it would lead to a smartphone app or video game, they landed on an ephemeral digital art series that would test the dynamics between scarcity and demand.

The conceptual project sprouted from existential reveries of the web: What does ownership mean in the digital age? Will people value certified authenticity in the internet realm?

Aesthetically speaking, the developer duo pegged the project to the 1970s London punk scene. “[CryptoPunks] needed to be a collection of misfits and non-conformists,” they explained to British auction house Christie’s.

Raucous. Disobedient. Volatile. Mohawks. Hall and Watkinson wanted to commemorate the anti-establishment essence that harkens back to the beginnings of blockchain technology, a kind of Web3 Wild West, in CryptoPunks. The nostalgic, 8-bit heads draw likeness to every “first” computational rendering before it, like Mario’s blocky NES console debut or the geometric blobs from the heyday of arcades known as Space Invaders.

Additional art direction belongs to a protest of a later generation, cyberpunk. The social movement — circa mid 1980s to pre-Y2K — bred from science fiction imagines dystopian circumstances that intersect at a moment in time experiencing peak technological advancement alongside decaying, societal collapse.

CryptoPunks enter a decades-old commentary shared amongst pop culture relics of this subgenre — William Gibson’s debut novel Neuromancer, Ridley Scott’s cult classic film Blade Runner and box-office blockbuster The Matrix — rejuvenated by current trends, like cryptocurrency. The prompt: How will technology integrate with society tomorrow? And who will decide: the people, governments or corporations?

By means of creative expression and technology, CryptoPunks were created to toy with our notions of art and value in the digital age.

Upon launch, CryptoPunks were free. Users could claim one as long as they had an Ethereum wallet to store the NFT in and enough Ether — the cryptocurrency of the Ethereum blockchain network, typically indicated as ETH — to cover the “gas price,” crypto-speak for transaction fee.

However, it wasn’t until Mashable covered the collection — saying that CryptoPunks “could change how we think about digital art” — when traction picked up. Within 24 hours of publication, all CryptoPunks were claimed. Simultaneously, a subculture and a steep second market was born.

Valuing CryptoPunks and Their Unique Attributes

While most fintech concepts come with a learning curve, this one doesn’t. Valuation of a CryptoPunk is decided by several unregulated factors, the foremost determinant being rarity imputed by its attributes.

Depending on whatever generation you came of age in, it was the Babe Ruth rookie card, the first edition of Marvel’s Amazing Spider-Man comics, presidential stamps or the holographic Charizard card that taught us value. CryptoPunks are no different.

For example, a total of 655 CryptoPunks wear purple lipstick, while 441 rock a mohawk. There are 286 CryptoPunks with 3-D glasses, 94 CryptoPunks with pigtails and 128 rosy-cheeked CryptoPunks. Some CryptoPunks have fancy headwear, like beanies (44), tiaras (54) and bandanas (481), while others go bold in their questionable aesthetic, serving green clown hair (148) and welding goggles (86).

Eight punks host no distinctive features at all — a rarity in itself — and are referred to as Genesis Punks, bald heads differentiated only by type and skin tone. Their transaction histories list price points ranging in the hundreds to its highest sale, 550 ETH, or $1.05 million.

Other Factors That Contribute to a CryptoPunk’s Value

As age-old tradition has it, a collectible category reserved for those assigned with the first sequence of a series has formed, dubbed the “sub-1,000 series.”

Paramount to first-edition digits is the single-most volatile factor to a CryptoPunk’s value: hype. More specifically, celebrity clout and broadcasted plugs by way of influencers with a vast reach. Mark Zuckerberg bringing shimmering, augmented reality NFTs to Instagram, Jay-Z uploading his CryptoPunk as his social media avatar or basically anything Elon Musk tweets can sway market prices to a peak or pit.

In perhaps one of the most bountiful flips to date, electronic dance music DJ and NFT advocate Steve Aoki sold CryptoPunk #6473 for a $700,000 gain just one month after purchase.

Celebrities and Their CryptoPunks

Other catalysts in finance — governments and banks — influence market fluctuations by adding credibility to the space. Visa, for example, triggered a market rush upon its acquisition of CryptoPunk #7610, a green-clown-eyed female CryptoPunk in a mohawk and hot lipstick, for 49.5 ETH, or $150,000.

One hour after the news broke, 90 CryptoPunks sold — representing $20 million in combined sales. Three hundred CryptoPunks sold by the end of the day. Visa’s venture into NFTs set a new daily sales volume record of $86 million and more than doubled the average price for a CryptoPunk at the time, which was $200,000.

Similar to traditional stock trends, events surrounding the company also come into play. Shortly after CryptoPunk creators Hall and Watkinson notified the public that they would put up nine of their personal stash for auction at Christie’s in April of 2021, trade volumes surged by 1,000 percent.

More recently, CryptoPunks enjoyed a 1,200-percent sales pump over the course of the 24 hours that followed Larva Labs’ announcement to sell the project IP to Yugo Labs, creators of the Bored Ape Yacht Club.

Mainstream recognition is what keeps digital-asset markets alive. NFTs, along with successful crypto runs, attract investors green to the cryptoverse promoting an opportunity to generate wealth and possible road to financial freedom that may otherwise not be an option.

Why Do People Buy CryptoPunks?

Each NFT investor will have their own reason for purchasing a certain piece.

Via Twitter, digital asset discovery platform DEXterLabs asked 1,300 people why they buy NFTs. Poll results show that 64 percent of the modest sample size intend to turn a profit. Nearly 15 percent said that they are in it for the community aspect and to “flex,” while 12 percent identify as art curators. About 8 percent invest as a gateway to games and tools.

“I always thought punks were the coolest,” said Brian Colwell, a Web3 blogger and owner of CryptoPunk #4762 and an assortment of other NFTs. He’s a fan of the collection as a standalone exercise in expression as much as he can appreciate their historical significance of the times.

The former financial planner collects for the long haul — he sees potential in the companies backing CryptoPunks and predicts that NFTs will become synonymous with identity in Web3 and metaverse environments, for the individual and corporations.

“For me, there’s value in investing in artists and companies that you think are going to be long-term leaders — we still don’t know who the Google of NFTs is going to be,” Colwell said. “But we do know that there are going to be some clear winners, eventually.”

A smart-contract artist and co-founder of Manifold, Richerd Chan, has built a Web3 empire around his CryptoPunk. “My punk is not for sale. I don’t care what anyone offers me,” he tweeted of his mid-tier CryptoPunk, characterized by 3-D glasses and a lit cigarette. Across his social media, Chan poses with friends and clients in photos, wearing the white-framed red and blue lenses in continuity with his CryptoPunk. His businesses are watermarked by the avatar or an interpretation of the NFT.

Even so, one user challenged Chan with a $1 billion bid. He rejected it.

“This was an easy rejection for me,” the thread continued. “To me, my brand, identity and what I’m building in the NFT space will be way more valuable in the long run.”

OK, So How Expensive Are CryptoPunks?

The lowest-priced CryptoPunk currently for sale is a female CryptoPunk with two attributes — frumpy hair and clown-green eyes — for 73 ETH, or $106,500.

Largest CryptoPunk Sales to Date, From Most to Least Expensive

What’s Next for CryptoPunks?

The hand off of CryptoPunks from Larva Labs to Yuga Labs is an undeniable game changer. The parent company of the Bored Ape Yacht Club confirmed its acquisition of the intellectual property of the CryptoPunks — as well as Larva Labs’ Meebits collections — for an undisclosed sum in March.

Now in possession of the two highest-performing NFT projects to date, Yuga Labs is valued at $4 billion, positioning itself as a powerful architect in what’s to come for Web3.

“Yuga Labs are the innovators of the modern profile picture project, and the best in the world at operating these projects,” Hall and Watkinson shared in an official statement. “In their hands, we are confident that [CryptoPunks and Meebits] will continue to be vital, thriving projects in the emerging decentralized web.”

Additionally, head of NFTs at Christie’s, Noah Davis, will be joining Yuga Labs to lead the collection.

The first order of business for Yuga Labs will be to transfer IP, commercial and exclusive licensing rights to each individual holder of a CryptoPunk.

But don’t be fooled — NFTs at large are still in their infancy. Problems, from privacy concerns to recession-induced threat of a total market implosion, and regulations inevitably lie ahead. In February, a phishing attack exploited users of popular NFT marketplace OpenSea, stealing $1.7 million worth of digital assets.

“I think it was a real big shock to people who had to actually go to OpenSea’s terms and conditions to find out that OpenSea would not be reimbursing for losses,” said Jamilia Grier, founder of ByteBao, a Web3-oriented legal consultation firm.

While the terms and conditions were legally sound, Grier wants to see accountable platforms operating to a respectable ethical standard. Without that — the future of blockchain technologies is at risk.

“We have to get to that point with Web3 where consumers have more of a say and demand that their rights are respected,” Grier said. “Right now, it looks a bit messy.”