And maybe it would be for you too. 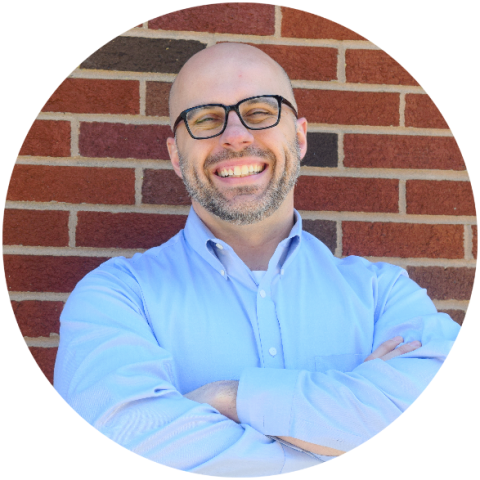 Growing up, I was a computer nerd. The only problem was that my family couldn’t afford a computer. I mean, I didn’t need the fanciest one, but even an Intel 386 SX was simply out of reach. My parents definitely prioritized education, so they used what money they had to supplement the sizable academic scholarship a local private high school had offered me. Enrolling there not only increased my chances of being accepted into a good college, but it also meant I had access to their big computer laboratory. It ended up transforming my life.

It All Started With a Prank

My best friend in my new high school was also a nerd, so on his 16th birthday, he received a Gateway 2000 Intel Pentium 90, complete with 17” monitor and color printer. A cool $4500 that I could never have imagined touching, much less owning. Even worse, because we were teenagers, he took every opportunity to brag about it. I was so passionate about technology, but without a computer of my own, and I found this boasting infuriating. I was also struck by the disconnect! I earned top grades, avoided the typical high school temptations, and generally did everything I thought I was supposed to, yet I still didn’t have the same opportunities. That sense of injustice I felt during my formative years is something I carried with me throughout my life, and it is a large part of what brought me to where I am today. But I’m getting ahead of myself.

One day, he invited me over to his house to play with his new computer. At first, I was terrified to break something so expensive, but that quickly passed when he yet again started rambling on and on about how great it was. I began experimenting with it and I realized that, when he stepped away, I could trick him into believing that he had accidentally deleted his cutting-edge Windows 3.11 installation. I created a batch file that simply printed to the screen, “Windows has been deleted . . .” and then exited to the DOS shell. This was a terrifying sight, and even better, I could reverse it easily by simply deleting my file.

The prank worked better than I could have hoped: tears were streaming down his formerly proud face. I immediately felt awful for making my best friend at my new school cry, so I deleted my file and taught him how it all worked. But for a split second, and for the first time ever, I felt a sense of power. That feeling stood in stark contrast to the constant powerlessness I felt from being unable to keep up with my peers financially. It was a feeling I would remember for a lifetime, and I was able to harness that power for a much more noble purpose—it spurred me on to pursue a degree in computer engineering. (For the record, all was forgiven: Eleven years after the incident, I was a groomsman in his wedding.)

Read More from Built In's Expert ContributorsLooking for a Change? 11 Tips for Breaking Into the Tech Industry.

Enjoying All the Tech Industry Had to Offer

After graduating from Carnegie Mellon University, I spent the next ten years enjoying all that the tech industry had to offer. I had an internship working on the old “brick” phones at Motorola, a high-stress 100-percent-travel job doing tech consulting for Deloitte, a job wearing every hat at a software startup, and I even made contributions to the Pentium 4 as a Product Development Engineer at Intel. But by far the most gratifying moment I ever had in tech was when I taught my mom how to send me an email from the computer that I had purchased for her and my dad.

Eventually I went back to CMU to pursue an MBA, and spent the subsequent five years working in marketing, starting my own business, and moving back to the West Coast to build software for Nike. After that, my career took an unexpected turn. My diversity of experience and responsibilities led me to my dream job: teaching and guiding motivated career-changing adults, who each have their own diversity of experience and responsibilities, as a Coding Bootcamp Instructor.

Read More on BuiltIn.comHow to Find Your Dream Job in 2021

My Opportunity to Make a Real Impact

Now, if you’re a software developer, that might seem ridiculous. Why would I risk stunting my comfortable and lucrative tech practitioner career growth to teach newbies very basic stuff? But when I was approached by a recruiter to consider becoming an Instructor, I had a lightbulb moment. I had always enjoyed helping people learn, from mentoring junior developers on my teams to teaching essential computer skills to non-technical friends, but here was my opportunity to make a real impact.

In my new line of work, I am not a code monkey. I don’t have to stress about whether the latest code push will crash the server overnight. And instead of moving yet another meaningless ticket across the kanban board so that I have something to say at stand-up the next day, I can truthfully say that I am improving the lives of real human beings.

There is one student in particular whose story illustrates why I do what I do. Before coming through my program, he stocked the shelves at a local grocery. His girlfriend was expecting their first baby, and he needed to make a sudden and drastic change in his life in order to provide for his new family. So when he became the first of my students ever to land a job offer, and he ran into my office, tears streaming down his face, and shouted out, “They want me!!” I felt a joy in that moment that I’d never imagined could happen during business hours. I couldn’t believe this was my job.

In the midst of my excitement for him, I also suddenly realized something profound: He was now going to be the kind of parent who could afford to buy his son a computer.

Read More on BuiltIn.comHow to Become a Software Engineer

If You’re a Doer, Consider Becoming a Teacher

Now this job is not for everyone—it is intense, challenging, and at times all-consuming—but it is also the most rewarding work I have ever done in my life. I encourage every developer reading this to take a moment and consider why you got started in tech and what you find to be the most rewarding things not just at your job, but in your entire life. If technology is only a means to reach a certain job title or a certain salary, then this is not the right move for you. But if you are the kind of person who finds fulfillment in using your power to make a lasting impact on others—not by playing pranks on them, but by elevating them, through the act of sharing your passion—then this role will suit you well. Our skills can be used to build a better future, one transformed life at a time. So if you’re a doer, it’s time for you to consider becoming a teacher.