A Software Revolution Is About to Sweep Robotics

Change is coming. Get ready. 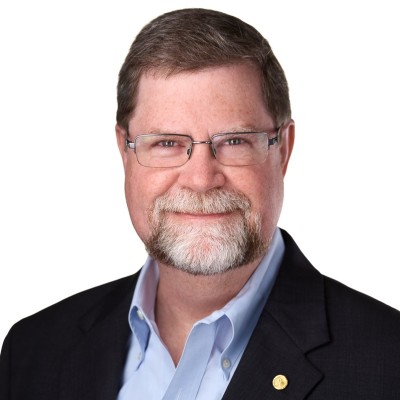 Over the past decade, the tech industry has made immeasurable strides when it comes to what robots are physically capable of — how they move, walk and even hold and manipulate delicate objects. Compare the classic, but clunky, K9 character from Doctor Who, an early conception of how a canine robot could move and walk, to Boston Dynamics’ nimble Spot and it’s clear, we’re already surpassing our wildest expectations when it comes to dynamic robotic hardware.

However, decades of focus on refining hardware (to the point that we’ve achieved mechanical dexterity fit for both bartending and careful surgery) has primed the robotics industry for a software revolution. Pioneering robots across industries that can not only move perfectly, but act intelligently, is the next frontier. The software powering tomorrow’s robots will also streamline the complex interfaces we see on them today, making robots more accessible to all.

The space industry has long honed the cutting edge of robotics and acted as a role model for the melding of advanced hardware and software. Brimming with talent and driven by the necessities of semi-autonomy when you’re millions of miles from Earth, NASA has developed some of the most impressive robotics software. Astrobee, for example, flies freely within the International Space Station, autonomously taking inventory, moving cargo and documenting experiments to aid astronauts without creating yet another chore: directing the robot. As a veteran of the industry, I have an idea of some of the changes we can expect to see in the robotics industry as the era of widespread software advancement begins.

Talent Will Be the Arbiter of Success

Digital transformation is driving demand for software development skyward, which is having the same effect on the market for talent. Computer scientists are so scarce, many companies are expanding to non-traditional tech roles wherever possible to keep meeting project demand and internal needs.

But in the case of robotics software development, the talent pool is extremely limited thanks to the deep knowledge and extensive computer science background most individuals need to work on these cutting-edge projects. To attract and retain coveted development talent, research from Linkedin shows offering more career growth opportunities, better compensation and benefits and challenging work are most impactful.

Companies fostering their own talent today will also gain an upper hand. Our schools and universities are brimming with the minds who will develop the greatest robotics breakthroughs tomorrow. This young talent pool is always in search of opportunities to learn and programs such as internships and co-ops can help companies hire in the top junior tech professionals. The same report from Linkedin found that 73 percent of interns are offered full-time positions post-internship and that 85 percent accept these offers — evidently more efficient than traditional hiring channels for entry- or mid-level roles.

Determining Ethics Standards Will Be Non-negotiable

Autonomy within robotic software gets at the core of our societal fear of this incredible technology, and this is by no means a new debate. Academics, lawmakers and the general public are having an active discussion about the future of the field, but it’s unclear when this will garner an ethical framework for autonomous robotics, and who exactly will oversee it.

Facial recognition is a great example of what can happen if we aren’t able to agree on a basic ethical framework soon. This powerful and controversial technology has been debated for years with no standards or universal agreement on ethical use distributed by any overseeing body. As a result, private companies such as Clearview AI have pursued the technology by any means (in this case violating the privacy of millions of people online), and have sold it successfully to companies and law enforcement agencies globally. Now, the stained reputation Clearview has left on the technology is slowing its adoption across industries, even for positive, ethical use cases.

For every industry to confidently pursue innovation in robotics, there must be basic ethical standards in place that define this growth. These ethical guideposts will act as propellants for adoption, because they protect the private sector from becoming part of the ethics debate around these technologies, something which should give any CEO pause.

Read More on Ethics in AI and Robotics on Built In’s Expert Contributors NetworkCould You Kill a Robot Dinosaur?

In 1981, Japan overtook the US as the global leader in automotive manufacturing. Ford’s assembly lines, first installed in 1913, had revolutionized how cars were built, but 70 years later, we hadn’t maintained innovations of this scale. Congress reacted by enacting the Research and Development tax credit, an incentive for companies to pursue new technologies, and the government would help foot the bill.

We’re in a similar situation today as we were in 1981. Japan is a global icon of robotics leadership, and shows no signs of slowing down, driven both by government incentives and labor needs as the population ages. Incentives like the R&D credit are still pulling weight to push forward innovation across industries, but to make enough of an impact to measurably move the US ahead in robotics adoption, businesses will need stronger incentives, whether that’s a strengthened R&D credit or a new, targeted incentive to get at robotics and automation directly.

We’re sitting at the cusp of a technological sea change. Robotics has the potential to revolutionize our day to day lives in the same way the internet has since the turn of the century. This next frontier of software advancement will empower robots to be more useful and better integrated across industries. If we can do it in space, we can do it here.