Robot bartender to debut at Mile High during Broncos-Browns game 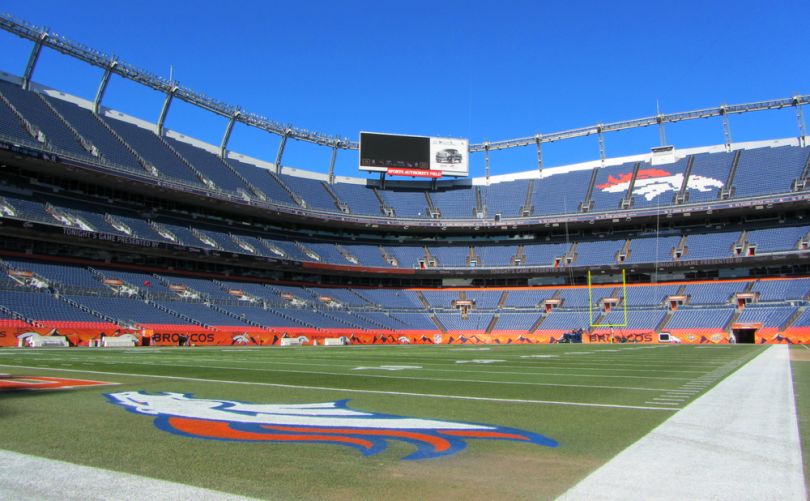 Cheers had Sam Malone, The Simpsons have Moe and now the Mile High Stadium has the UR5e, a robot that will be slinging suds from Bud Light at the Denver Broncos and Cleveland Browns game this weekend.

The Washington Post reports that the UR5e, manufactured by Universal Robots and programmed by MSI Tec, will be the first bartender robot to serve NFL stadium spectators.

“Broncos Country will find out if robots do it better when the beer-dispensing Bud Light Bot debuts at the stadium in the United East Club level during the game,” the team says.

One advantage is that, unlike a human bartender that can be prone to a bout of clumsiness, the UR5e never spills a drop of beer, according to Mike Barrett, MSI Tec’s vice president, who spoke to The Post.

“The exciting thing behind Universal Robots is that they’re a collaborative robot intended to be used alongside humans. They don’t need additional safeguarding like most industrial robots, which often have to be kept away from people behind big cages.”

“The exciting thing behind Universal Robots is that they’re a collaborative robot intended to be used alongside humans,” Barrett told The Washington Post. The robot handles mostly repetitive grunt work, he explains. “They don’t need additional safeguarding like most industrial robots, which often have to be kept away from people behind big cages.”

The Broncos chanced upon the UR5e working an event at a Denver brewery and decided to give the robot an opportunity at the big leagues.

While Barrett expresses a desire to see the UR5e make its debut at more NFL stadiums, he doesn’t believe that jobs for human bartenders are going anywhere.

“It certainly can operate autonomously, but it would still require someone to monitor the keg and make sure it’s operating properly, and that still means that it needs human interaction,” Barrett said to The Washington Post.

If the UR5e aces its first day at Mile High, no matter who wins on the field on Saturday, automation might be scoring a W.