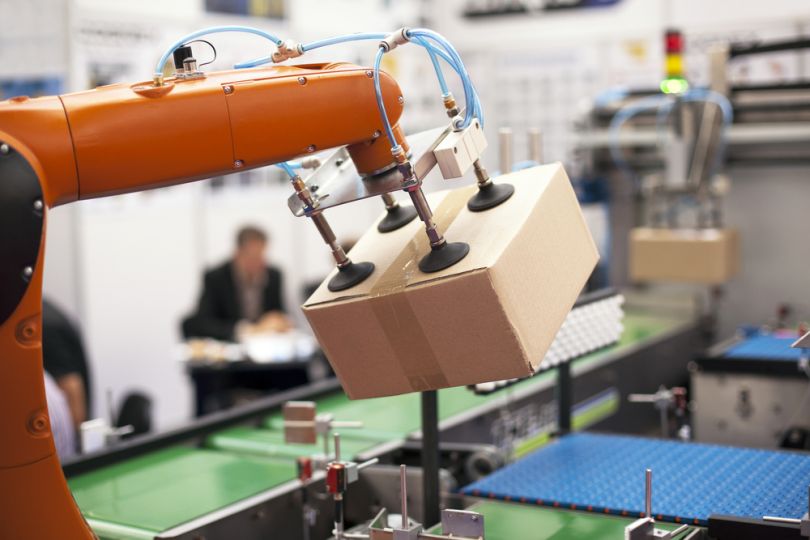 What happens when robots make a mishap at work? Design News reports how that situation is playing out in Robbinsville, New Jersey, where a robot “picker” at an Amazon warehouse accidentally punctured an aerosol can of bear spray and over two dozen Amazon employees were hospitalized after caustic capsaicin made contact with 55 workers.

The accident could be a boon to workers’ rights groups, which claim that safety protocols are not enough to protect human warehouse workers who are working alongside robots. Amazon argues that their “robot palletizers” enhance the workplace environment by eliminating the most monotonous, repetitive and labor-intensive work. Critics charge that Amazon should not leap headlong into the implementation of warehouse robots as this increases the likelihood of workplace hazards for human workers.

“On the one hand, with fewer people doing less dangerous jobs, Amazon’s robot-run workplace could cause human injuries to decrease. On the other hand, complacency and over-reliance on machines could make work more dangerous.”

“It’s impossible to say how safe—or unsafe—all of this is,” wrote Justin O’Sullivan, a UK-based safety inspection expert, to Design News. “On the one hand, with fewer people doing less dangerous jobs, Amazon’s robot-run workplace could cause human injuries to decrease. On the other hand, complacency and over-reliance on machines could make work more dangerous. For a safety inspector at an Amazon warehouse, robot workers pose an interesting problem because—in order to properly risk assess them—they need to be treated as both work equipment and staff members.”

Amazon’s working conditions have been a long-time target of public criticism. Unfortunately for Amazon, this is not even the company’s first robot-meets-bear-repellent accident. “In 2015, the fire department in Haslet, Texas responded to an accident at an Amazon warehouse caused by a robot running over a can of bear spray,” per Design News.

"Today, Amazon put warehouse workers in the hospital—again—and one is fighting for their life in the ICU right now. Amazon's automated robots put humans in life-threatening danger today, the effects of which could be catastrophic and the long-term effects for 80+ workers are unknown,” said Stuart Appelbaum, president of the Retail, Wholesale and Department Store Union (RWDSU), in a statement following the incident. “This is another outrageous example of the company putting profits over the health and safety of their workers, and we cannot stand for this. The richest company in the world cannot continue to be let off the hook for putting hardworking people's lives at risk.”

With the advance of collaborative robots in the workplace, more pressure will be on companies to maintain safety standards and keep incidents like this one at a minimum.