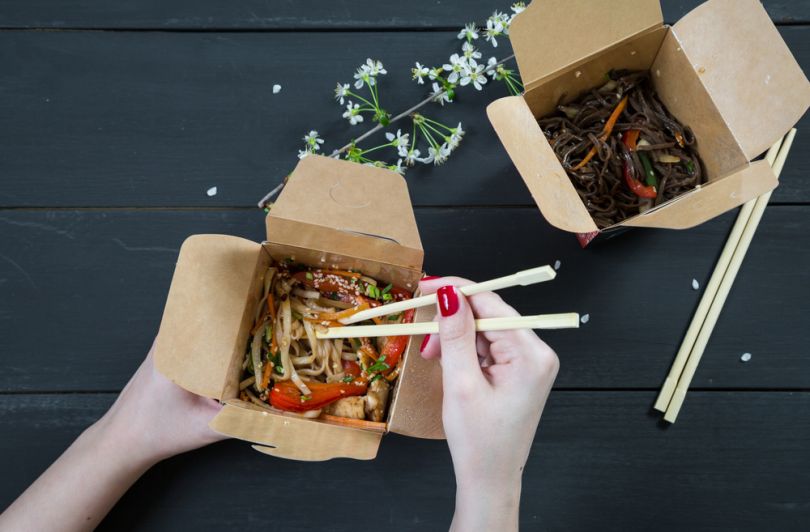 Postmates X, the on-demand delivery startup’s stealth R&B laboratory, is designing and building a delivery rover called Serve. WIRED reports that Serve, according to Postmates’ VP of Robotics Ali Kashani, will not be replacing the humans behind Postmates, but is meant to help make their routes more economical.

Set to make its debut in Los Angeles, the first of the key markets for the rollout, the brightly colored Postmates’ rover is about a meter tall. It has a touch screen that indicates whether it is actively delivering an order (“ON DELIVERY”) and it also comes with helpful LED-powered turn signals. WIRED compares its appearance to that of Pixar’s WALL-E.

“Somehow, as a society, we are OK with the fact that we are moving a two-pound burrito with a two-ton car.”

Speaking to WIRED, Kashani shared some interesting statistics. He reveals that while 90 percent of Postmates’ deliveries are via car, more than half these deliveries are within walking distance. “Somehow, as a society, we are OK with the fact that we are moving a two-pound burrito with a two-ton car,” said Kashani. By handling the last mile of a delivery, Serve would help these drivers save time they would otherwise stuck in traffic or looking for a parking spot.

Postmates is not the only company in the delivery sector investing in robotics. Uber, Amazon and Alibaba are preparing for this future along with a slew of venture-backed robo-delivery startups. According to an estimate from WIRED, sidewalk robots like Serve will make up 85 percent of last-mile deliveries by 2025, which means first-mover advantage is crucial.

Building and operating a fleet of delivery robots is not without challenges. “Within unstructured environments, like the sidewalks of San Francisco, all of these challenges are really exciting. It also brings up a lot of interesting questions that we have to deal with,” Hadas Kress-Gazit, a professor at Cornell who researches autonomous robots, told WIRED. Kress-Gazit stresses that public safety must be maintained, particularly around children as well as the elderly and people with disabilities.

Serve went through several iterations before its cutesy anthropomorphic form we see today. This design was intentional to help the robot win over the public. "There are two ways to go," Kashani told WIRED. "Either you can say, 'Get out of my way,' or you can say, 'We're going to embrace this.' This is part of the charm."