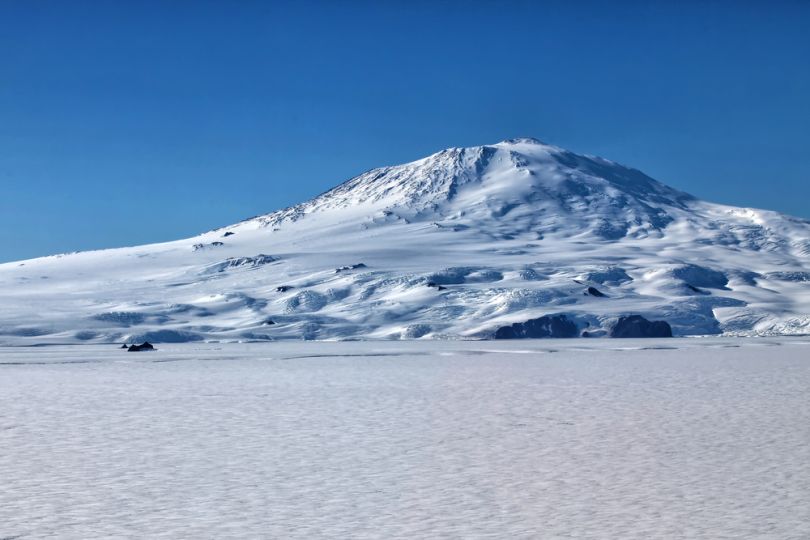 Ancient DNA often lies beyond the reach of human expedition in places such as Mount Erebus in Antarctica. The continent’s second tallest volcano’s deadly levels of CO2 make such a place off limits. Enter the ice-climbing robot, IceWorm.

Popular Mechanics reports that the Extreme Environments Robotics Group at NASA's Jet Propulsion Lab (JPL) has been developing the IceWorm since 2016. The robot’s lead designer, Aaron Curtis, studied Mount Erebus as part of his doctoral studies and set about this research to build a robot to go where no human could.

“It seemed really clear to me that we needed robots that could go in there. So I started looking around to see if anyone had made a robot who could get around on ice.”

“It seemed really clear to me that we needed robots that could go in there. So I started looking around to see if anyone had made a robot who could get around on ice,” Curtis told Eos. JPL had mastered rock-climbing robotics, but climbing through ice was another matter.

So how will the IceWorm make its climb on Mount Erebus? By drawing inspiration from a clever, little creature known as the inchworm. Popular Mechanics explains: “Around four and a half feet tall (1.4 meters), the bot centers itself in the ice with two feet using steel alpinist screws made for climbing, one foot higher than the other. The robot unscrews its lower foot, then collapses its body until the two feet are near each other. This free foot then screws itself back in while the higher foot moves out, stretching the robot's body up the icy wall.”

While its original mission is earthbound, the sky’s the limit for this intrepid robot. NASA believes one day it could navigate icy terrain on moons such as Enceladus or Europa.