How to Be a Better Manager

Yes, experience helps. So does listening to and trusting employees.
Written byLisa Bertagnoli
Lisa Bertagnoli
Associate Editor at Built In
Lisa Bertagnoli is an associate editor on Built In’s Expert Contributors team. During four decades as a journalist and writer, she has covered personal finance, business, arts and culture, philanthropy, health and the hospitality industry.

Dean Guida had been running Infragistics for about seven years when he attended the Center for Creative Leadership in Greensboro, North Carolina, for a week. Guida, founder and CEO of the design, development and UX company, thought he’d been doing a pretty good job of management. So when he filled out a self evaluation firm at the center, he ranked himself top score, five, for the question that asked about caring for other people.

Surprise, surprise: Guida’s coworkers and friends scored him a two. “I couldn’t understand why,” he said. “In my mind, I care so much about people.” The disconnect, he discovered, was that people saw him as more goals-and structure-oriented, a boss who didn’t take the time to build relationships with colleagues. “A lot of learning came from that,” Guida said.

He’s like a lot of leaders, going along, thinking they’re doing okay by their direct reports, when in fact there’s room for improvement. Lots of improvement. That’s the thing about being a boss: Sometimes you don’t know where you’re going wrong, and it takes an eye-opening experience to course correct.

Let Your Team Do the Work

Early in her management career, Erin Howe found it difficult to let team members solve their own problems. “I would quickly jump in to provide them the answer to the tough problem, or not have the patience for them to consider the best approach,” said Howe, Vice President, global sales and strategy at Keeper Security, a provider of zero-knowledge security and encryption software.

Howe, who describes herself as a perfectionist, changed her approach after hearing the phrase “let the silence do the talking” at a leadership program. “This helped me feel that I didn’t have to jump in and solve every problem,” she said. “My team wouldn’t grow as professionals if they didn’t have the chance to solve problems on their own, or even fail. Not every solution is going to be the correct one, and that’s okay, because without failure we don’t grow.” This new approach enables her team members to become more confident and empowered in their work and careers, she said.

“I used to always hire people that thought like me, spoke like me, and we got along great,” said Dean Guida, who is also founder of digital workplace Slingshot. Because these like-minded teams think and act the same way, they usually will solve problems the same way. “You don’t get that right turn when you need it to build on an idea,” Guida said. “Hiring for diversity of thinking is important to explore different solutions.”

Managing people with different points of view requires a different skill set, he said. One example: People who are quiet during meetings; their silence sometimes can be interpreted as not caring or not engaged. Guida has learned to spot these “quiet thinkers,” who sometimes want to take time to process information, and ask them for their thoughts the day after a meeting. “You get amazing ideas and intuition and insight,” he said.

When you’re the leader, all eyes — and ears — are on you. Employees pick up the tiniest cues that the boss is stressed, overworked or preoccupied. “People interpret and pay attention to how you act,” Guida said. “Your physical presence, your body language — it’s so important to be conscious of all that.” Guida also learned to coordinate his body language with verbal language: “Even though you say the right words, people pick up on it if your body is not communicating those same words,” he said.

When appropriate, Guida will share bad moods with employees, assuring them that his disposition has nothing to do with the conversation at hand. “You communicate that you’re conscious of it,” he said.

Along similar lines, SJ Boulton incorporates communication into what she calls her “professional reflective practice” to be more aware of how different kinds of communication can affect projects. One misstep for her in this area was failing to acknowledge how written communication and face-to-face communication in video meetings can be unintentionally inconsistent.

Small tensions can arise and ultimately diminish team cohesion and create a feeling of unpredictability around future interactions, said Boulton, global curriculum leader at Labster, a global provider of virtual science labs. “Developing a consistent communication strategy with teams is something I continually work on,” said Boulton, who’s been a manager for seven years.

Further ReadingHow to Make the Leap From Sales Rep to Manager

In 2020, Moly Milosovic’s employee engagement surveys scored her high for communication and alignment, but maybe not so high for feedback and development. “That caught me off guard,” said Milosovic, senior marketing manager at Jobber, an Edmonton, Alberta, Canada-based home-services software platform that has just started hiring in the United States.

She initially felt a little scared to dig into the data, thinking everything would feel personal. “As managers we do our best, so feeling that you’re falling short isn’t fun,” she said.

Poring over the data changed her perspective on seeking and receiving feedback. She held 1-on-1s with each team member to review high scores, but spent more time on low scores and solutions to improve them. Among the solutions: More opportunities for constructive discussions, so Milosovic added a “learning and missteps” section to the monthly team meeting agenda. She now asks other marketing team leaders for feedback, and shares detailed feedback with them. She learned she could better customize her management approach to each team member’s motivators and working styles.

“As a manager, you’re in a spot to help change your team’s experience at an individual, team and company level, so it’s important to hear them out,” she said. “Keeping this in mind takes away some of that fear when it comes to asking for and addressing feedback.”

Lead Your Own Way

Eleven years ago, James Meeks started his career in tech management by mimicking the behaviors of past bosses. “I figured because they helped me become successful in my career, it would work for my employees, too,” said Meeks, head of product at Thrive Market, a Los Angeles-based online marketplace for natural and organic products.

His past bosses were demanding and judged employees’ commitment to work by the hours they put in each day. “You had to eat, sleep and breathe your work to be successful, so that’s what I did,” Meeks said.

Meeks soon realized that the way he was led wasn’t the right way to lead. “Employees valued something that I never had as an individual contributor, and that’s work-life balance,” he said. “It opened my eyes as a leader” when a top-notch, burnt-out employee nearly quit, he said.

Meeks realized that he had to treat employees as individuals and manage them accordingly, rather than applying one brutal rule for success to everyone. He learned the importance of building a nurturing culture. “Great employees will stick around longer when they love what they’re doing and the culture of the company or team,” he said.

When Gabe Krajicek was CEO at Dealerskins, marketer of online tools to auto dealerships, he worked hard to build a company culture. After he left the company in 2005, a few former Dealerskins colleagues called him. He asked how the company culture was surviving. The answer: It wasn’t. “They said it evaporated, that there was nothing left after six months,” Krajicek said. “I realized the culture was all about me.”

That was not intentional, he said. “In a company of 50 people, you could know every single person and keep up with them,” said Krajicek, now CEO at Kasasa, an Austin, Texas-based fintech company. “When I left, I assumed someone would see what I had been doing and fill the shoes, and they didn’t.” The lesson? “I need a different way to make values stick, and it needs to be way bigger than just me.” 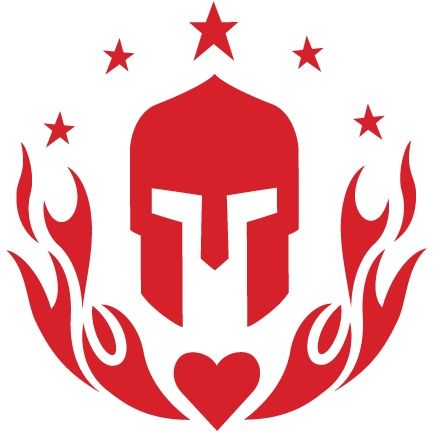 One of the solutions? A graphic representation of Kasasa’s four values. Being able to see a visual representation of the values “has allowed the concepts to get a lot more deeply ingrained into our company,” Krajicek said.

The center of the graphic, a Spartan helmet, represents interdependence, “because Spartans fight like a team,” Krajicek said. The five stars at the top represent leadership. Flames on either side stand for excellence and courage, and a heart at the bottom that stands for “fierce, protective love,” he said.

Kasasa had the visual made into a patch. Regular “patch reviews” of employees and managers reinforce and reveal ways to improve adherence to them. Every aspect of HR, from interviews (candidates are asked to elaborate on their favorite value) to onboarding, includes the values.

At least 40 of Kasasa’s 375 employees have gotten tattoos of the emblem, and the company has shirts with the patch. The patch and values have enabled Kasasa to to weather major regulatory changes that alter the company’s business model. “They knock us on our butt but we always get back up, and I really do attribute a lot of that to the patch,” Krajicek said.

Krajicek hasn’t left the company so doesn’t yet know whether the patch-centric culture will survive his departure. He bets that it will.

“The focus is on making sure we have a leadership team that’s completely aligned and making sure there are enough anchor points throughout the organization on what the patch represents, and how it’s operationalized into everything we do,” he said.