Users must be notified of terms in a conspicuous manner and assent unambiguously, so consider your design options carefully. And make sure your counsel reviews changes until the final moment before launch. 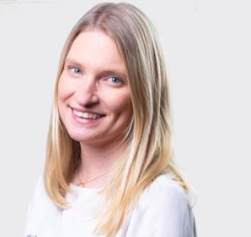 It is a common tale: A company carefully crafts its online terms and conditions only to have a user later claim that they never accepted those terms. Will those terms be enforceable against the user? Companies are finding that the answer may depend not only on the substance of the terms, but also on the clarity of the site’s design and interface.

General contract principles of offer and acceptance apply to online contracts just as they do to pen and paper. But without a traditional signature, ambiguities arise over whether a user accepted the terms, and whether that action formed a contract. Courts have long recognized that an electronic click can signify acceptance, and three approaches to obtaining acceptance to online terms are now relatively commonplace: scroll wrap, click wrap and sign-in wrap.

Scroll-wrap agreements require a user to scroll through the terms before assenting, usually by placing a click box at the bottom of the terms and forcing the user to scroll through the entire agreement before allowing a click for assent. Click-wrap agreements, on the other hand, generally require users to simply click on a discrete “I agree” box after being presented with terms. Sign-in wrap agreements are a variation on click wrap: The sign-in screen for an online product or service states that, by continuing to sign in, the user accepts the terms, which are often hyperlinked but not provided in full on the sign-in screen.

Broadly speaking, all three forms of obtaining acceptance can create an enforceable agreement in the eyes of the court. But whether a particular wrap creates an enforceable agreement often comes down to details of layout and language. Though state standards differ, courts generally look to whether there was “reasonably conspicuous notice” of the existence of contract terms and unambiguous manifestation of assent to those terms. Whether notice is clear and conspicuous often comes down to design. And cases that analyze whether there was sufficient notice of terms have resulted in conflicting outcomes.

In Cullinane v. Uber Technologies, a federal appellate court found that the below display screen was insufficient to create an enforceable contract.

Though the terms were accessible via hyperlink, the court found that it may not be clear to a consumer that the relevant text was, in fact, a hyperlink. The court further found that the hyperlink and notice language was not conspicuous enough, as compared to the other text on the screen, to ensure users had reasonable notice of the agreement.

A different federal appeals court reviewed a slightly different display screen in Meyer v. Uber Technologies, and came to the opposite result.

The court found that the instructions and hyperlink were clear, uncluttered and conspicuous, and therefore provided reasonable notice to the user that, by proceeding, they were agreeing to the hyperlinked terms.

Since these decisions, numerous other cases have further confused the landscape. Just a few examples: Courts have found insufficient notice where hyperlinks were not blue and underlined, where the notice language was in a fainter font than other text on the same page, and where the notice language was spaced too far from the payment button. These cases highlight the importance of careful legal review of the interface design in addition to the substance of the terms. While companies must assess the particular needs of individual applications, these universal best practices can help anticipate and avoid potential problems:

Ensure Thorough Legal Review: While legal advisors are likely already involved in reviewing or developing the substance of the terms, it is important to expand that review to cover the design interface. Often, this may require ongoing review throughout the product development process to ensure last-minute design changes do not create undue risk.

Consider Industry Standards: In some instances, cutting-edge design aesthetic may increase risk. Consider whether following a more traditional approach — such as the classic blue underlined hyperlink — may better serve the company’s goals and avoid some headaches.

Advantages of More Explicit Acceptance: While sign-in wrap can create an enforceable contract, consider the importance of the terms to the company and whether there may be advantages to including the additional steps of scroll wrap or click wrap.

While the inconsistency of rulings on this issue certainly sends mixed messages, careful consideration of both substance and design when creating user terms will help ensure that those terms will be enforceable.