No-code tools could help create more synergy between IT and business operations. 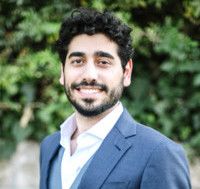 Business operations can be roughly understood as the practice of orchestrating a company’s unique combinations of people, processes, and technology so as to be optimally efficient and effective. This work implicates a remarkably diverse number of departments and focuses, from revenue operations (RevOps) to legal ops to people ops, as well as IT, with whom business ops teams collaborate.

Business ops as a function has been growing in importance. But what about the function do the professionals who drive business operations want to see mature moving forward? What do they need in order to do their work effectively? What are they excited about? That’s what my team at Tonkean, in partnership with Lucid, sought to answer in a recent survey of 500 U.S. ops and IT professionals.

Some results, however, showed points of separation between IT and business ops. Among them were differences in opinion on the abundance of apps used internally. For instance, 82 percent of IT respondents believe their organization uses too many software apps, while only 52 percent of ops professionals say the same.

Partly because of these differences, there’s a discrepancy in how IT and business ops teams go about using technology to solve problems. A plurality of ops respondents say their organization mostly buys external solutions, while IT respondents say they mostly build solutions.

But this gap also highlights a key opportunity: The lack of cohesion between IT and ops can be conquered with the next generation of adaptive software. The two sides’ clashing needs should both be prioritized. Business ops teams inherently want to optimize for speed, for example, while IT seeks standardization, maintainability, and security.

Instead of dealing with the vulnerabilities and inefficiencies of shadow IT — which is created when ops teams build, buy, or implement technology solutions independently of IT, which typically governs the tech stack — developers and other IT professionals ought to return to the kind of work they should be focusing on, and business ops teams should end up less reliant on IT to provide timely support.

The question, then, is what can be done to change this? How, moving forward, can organizations and the people who run them create more strategic cohesion between IT and business ops?

No-Code: A Bridge Between the Two Sides

As of late, advancements that make software more adaptive — including application programming interfaces (APIs), process automation, and no-code and low-code options — are making it increasingly possible to bridge the gaps between IT and ops.

No-code tools allow business ops teams to navigate and utilize APIs to orchestrate processes on their own and in a business-friendly interface. (Low-code tools do something similar, though they’re designed more for folks who’re already technical.) They can erect an abstraction layer between business ops teams and IT and integrate with many different business systems, making it possible for business teams to extend the functionality of the tools they love to use and spend their time in.

One reason shadow IT has proven so difficult to eliminate over the years is that doing so requires providing ops and IT teams capabilities that contradict each other: allowing ops teams the ability to move fast and design their own operational solutions while also ensuring IT maintains airtight governance and control over the company’s technology infrastructure. Until recently, the technology at our disposal hasn’t provided the requisite flexibility to do all of this at once — at an acceptably amenable cost.

But the only way for an enterprise-grade no-code platform to make an impact is if it also appeals to IT. The best “bridge” technologies effectively sit above your technology stack, and while they lend access to that technology for business teams, they remain governed by IT. A no-code platform can be extendable by IT and development teams, capable of ensuring that there are no limitations in terms of what actions or processes can be orchestrated. This means that business ops teams can move fast and operate self-sufficiently without ever compromising the integrity or standardization of the code base. Essentially, it turns business users into citizen developers, capable of advocating for and technologically supporting themselves. Yet it does so safely, in ways that never create ungovernable shadow IT.

All of which goes a long way in explaining the excitement found in our survey among both IT and ops respondents about the potential of more adaptive software via no-code and low-code tools: 95 percent said that they have already adopted or will soon adopt no-code and low-code tools internally. What’s more, 80 percent agreed that such tools “would empower my operations team to get more work done.”

The potential of this technology is to deliver to nothing less than a standardized and accessible means of creating processes that more effectively bridge user applications and data sources, facilitate processes end-to-end, and allow ops professionals to increase their organizations’ general efficiency.

By my estimation, the problems affecting the world of business ops, though obstinate and patently persistent, are not insurmountable. The means by which we can finally bridge IT and ops, meanwhile, have never been more apparent. As the world of software progresses into a new era of customizability and accessibility, especially, it would be wise of us to think seriously about giving both IT and operations professionals what they want.