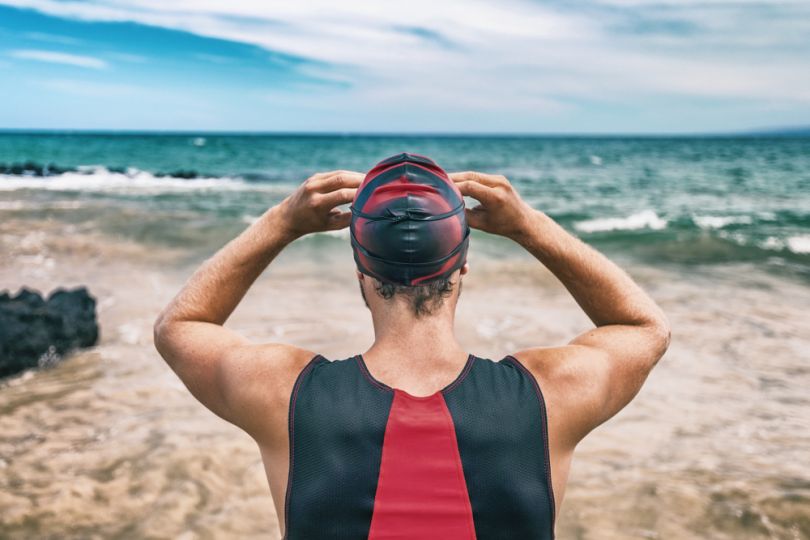 Wearables that measure heart rate are increasingly typical among athletes seeking biometric insights into their performance. John Rogers, Ph.D., an engineering professor at Northwestern and chairman of the board of directors at Epicore Biosystems, is developing an electronics-free band-aid-like sweat sensor to add to the growing category of wearable tech, Inverse reports.

Rogers told the outlet that after the yet-to-be-named wearable’s successful trial at the 2018 Ironman World Championship, a commercial version will be on the market later this year. He recently published a paper in Science Advances detailing the science behind the patch.

“We were interested in seeing whether the devices would stay on, frankly,” Rogers told Inverse,  referring to the pilot at the 2018 Ironman World Championship. “They’re running around, they’re swimming, they’re biking. The devices performed well the whole time, they were collecting sweat and doing the readout as we expected. The athletes found the devices were providing valuable information — they weren’t disruptive in any way or irritating in any way.”

“We’re collecting essentially one or two droplets of sweat in total. The sweat as it’s emerging from the skin immediately goes into fully enclosed channels and reservoirs where we can read out sweat rate, sweat loss, and sweat chemistry.”

“We’re collecting essentially one or two droplets of sweat in total,” Rogers adds. “The sweat as it’s emerging from the skin immediately goes into fully enclosed channels and reservoirs where we can read out sweat rate, sweat loss, and sweat chemistry.”

The wearable measures electrolyte levels and shows the amount of sweat lost, information that could be particularly helpful to participants of long-duration endurance events, according to Inverse.

“We have a chemical reagent that changes in color from light pink to dark red depending on electrolyte levels,” Rogers told Inverse. “Just by eye you can look and see ‘Oh, my sweat electrolyte level is very high, or it’s medium, or it’s low.’ You can use that information without any electronics at all.”