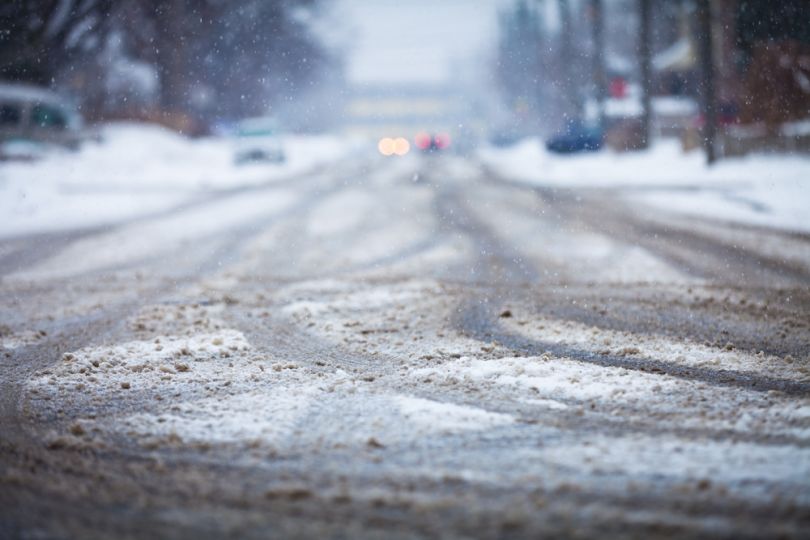 Bradley Tener, who studied engineering at the university, founded Frost Control Systems, a startup that collects data such as road temperature, air temperature, dew point and humidity from infrared cameras at intersections.

“The infrared cameras are focused on a roughly one-foot circle of pavement immediately below traffic signals, and send information on the street’s temperature to applications that city employees and Tener can view on computers and smartphones,” says South Bend Tribune.

“The big thing with road temperatures is that if road temps drop, your salt starts to become less effective,” Tener said to the outlet. “But cities really don’t have a handle on road temperatures because units are way too expensive.”

With current prices for a Road Weather Information System, or RWIS, north of $20,000 per unit, and a city of South Bend, Ind.’s size requiring ideally 30 sensors according to Tener, a more affordable alternative has clear appeal for small and mid-size cities.

“The only time you see units that measure road temperature are on highways and at airports,” Tener told South Bend Tribune. “And so cities have always been a little bit in the blind on that aspect.”

Currently, Frost Control Systems has trials in Lincoln, Neb., Battle Creek, Mich., and Wyoming, Mich., in addition to South Bend. The startup also has plans to expand to Grand Rapids and roll out more sensors to existing cities.

According to Public Works Director Eric Horvath, the network of sensors allows the city to “get a better impact of how those treatments impact the roads and how we can better apply based on that.”