How Rapper IDK’s Credit Score Is So High

What started with a screenshot of his Credit Karma account on Instagram has resulted in a partnership that teaches Gen Z the importance of money management.
Written byJaney Zitomer

What’s the key to financial literacy and money management?

The rapper, whose stage name stands for oxymoron “Ignorantly Delivering Knowledge,” learned the art of rap around age 17, according to New Musical Express. Shortly thereafter, he mapped out concrete plans on how to succeed in the industry.

With dedication and perseverance, that dream quickly became a reality. Jason Mills, as he is otherwise known, independently released five of his own mixtapes before partnering with Warner Records to start his new label, Clue. As recently as 2020, IDK worked with nonprofit media company No Label to create No Label Academy, a 10-day, tuition-free music business course at Harvard University for underrepresented Black, Indigenous, and people of color. That same year, Credit Karma launched a partnership with IDK to help humanize the conversation around debt management and money.

“‘Midday with IDK’ breaks down stereotypes and shows people that everyone struggles with paying down debt and managing money, and we’re all learning together,” Credit Karma Social Media Strategy Manager Carolyn Huang told Built In about the YouTube series the personal finance company and hip hop artist created.

When IDK posted a screenshot of his credit scores from Credit Karma on Instagram in the fall of 2020, the team commented on the tag. IDK decided to shoot his shot and DMed the fintech company. The rest is history.

“We knew he was the right partner from the get-go because he openly talked about financial literacy in his interviews and music,” Huang said. “There was a lot of heart to make something work.” 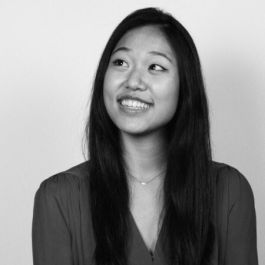 It was clear to Credit Karma that IDK genuinely wanted to humanize the conversation around financial literacy from a platform that was easily accessible to young people: social media.

Over the next few months, the two teams brainstormed how to best deliver a message to a Gen Z, BIPOC audience until they landed on the “Midday with IDK,” YouTube series and “Zero Campaign,” a contest to help five Instagram users with powerful stories eliminate debt to the tune of $10,000 each.

“We know we have to reach this audience where they are spending their time, which is on social media,” Director of Social Media Strategy Megan Alley told Built In. “To do this, you have to work with the right partners on the right platforms.”

A New Kind of Partnership

Credit Karma isn’t relying on traditional methods of outreach to speak to a younger generation. In fact, the company has previously partnered with actors, comedians and internet personalities Cody Ko, Emma Chamberlain and Zach King on Twitch, TikTok and YouTube to reach their target demographic where they are.

While this isn’t Credit Karma’s first foray into unlikely partnerships, it is the first time the business has given a spokesperson like IDK the reins as creative director of the campaign. As a result, Alley and Huang said that the team has had to be nimble, patient and willing to learn themselves. 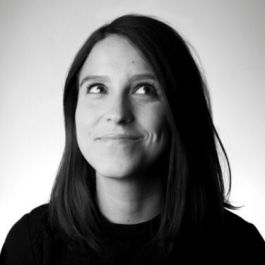 “There were a lot of moments in the creative development process where he would recommend a direction we hadn’t thought of or took a minute to get comfortable with,” Alley said. “That being said, we fully trusted him to bring his vision to life, even if it took us out of our comfort zone sometimes!”

Breaking Down Common Barriers to Entry

So far, the campaign has been, as IDK recently commented on the premier episode of “Midday with IDK,” “unexpected but fun as hell.”

The numbers tell the same story.

“Midday with IDK” has garnered 228,000 views and longer average watch times than our benchmarks,” Huang said.

The partnership has also allowed Credit Karma to reach a new audience in a genuine way. “This campaign has successfully engaged younger audiences and received overwhelmingly positive reception in the comments and diverse press outlets,” Huang said.

Maybe even more importantly, it sends a message to its followers that multi-millionaires or celebrities aren’t the only ones who can successfully manage debt and save for the future.

“Sure, music artists like BIA and 24kGoldn are successful, but they also struggled with managing their money and credit, just like anybody else,” Huang said. “It was important that this campaign came off as genuine; this audience is more discerning than most and can sniff out when something is just rinse and repeat.”