This 4/20, Cannabis Companies Are Taking Up Tech

Cannabis companies, deemed an essential business in most states, are finding ways to connect with consumers online.
Written byNona Tepper
Nona Tepper
Staff Reporter at Built In
Nona Tepper is a former Built In staff reporter covering technology industry trends. She holds a masters of journalism from Northwestern University and her work has appeared in The Washington Post, Crain’s Chicago Business, Slate and VICE.

On March 20, Nevada Governor Steve Sisolak mandated that all marijuana dispensaries shut down over COVID-19 concerns. The next day, as more shelter-in-place precautions began to take effect, online orders at the Blackbird cannabis marketplace shot up.

“We had more new accounts on our marketplace than we had had in like the five years prior,” said Jamal Barghouti, interim director of marketing at Blackbird, a Nevada-based cannatech company. “The first week, it was like: ‘Our menus open at 10. If you don’t have an order right by 11 or 11:30, you’re not getting cannabis for the next three days.’”

Blackbird provides customer relationship management, distribution and online sales software to more than 700 cannabis brands and retailers. In states like Nevada, the company also operates dispensaries and offers home delivery. Its menus — like others in the cannatech industry — showcase the marijuana product strains available that day for purchase. 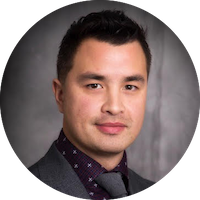 “We increased our capacity almost 10-fold over the course of a couple of weeks,” Barghouti said. “I don’t expect it to ever really return to where we were before all of this. People have been exposed to this model and are much more in line with it.”

Traditionally a high-touch industry that, in many places, can legally only accept cash, many dispensaries have turned to tech to help them reduce contact between customers and workers as the coronavirus spreads, according to Michael Mayes (left), CEO of the Quantum 9 cannabis consultancy. Businesses are investing in features that let them connect to consumers virtually, rushing to implement new products in time for the annual 4/20 holiday.

Dispensaries are “moving away from deli-style serving,” Mayes said. “Instead of having a bunch of jars that patients can look through and can pick their buds and say I want that one, they package it.”

‘Like Those Old Days of Waiting for Concert Tickets to Go on Sale...’

In January, 400 people circled the Cresco Labs dispensary in Chicago, shivering as they waited to legally purchase recreational marijuana for the first time. Three months later, just four people stand in the store at a time. 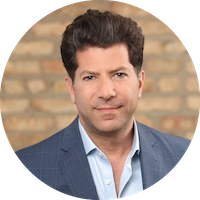 “We don’t allow a line like that any more. If we did, we’d get 1,000 people out there a day,” said Jason Erkes (left), spokesperson for Cresco Labs.

One of the largest vertically integrated, multistate operators in the country — active in seven states, with 23 production facilities, 30 retail licenses and 22 dispensaries — when it comes to weed, Cresco Labs manages everything from seed to sale.

When recreational marijuana became legal in Illinois, Cresco Labs had a website ready. But the company didn’t turn it on right away. Business leaders wanted to see how many people would wait in line, gauging demand, before instituting the online system.

But about a month ago, coronavirus concerns caused the company to start limiting the number of people allowed in its retail stores. Cresco Labs activated it’s e-commerce site, and now requires all recreational customers to place their orders online.

Every morning, Cresco Labs turns on its e-commerce site. Once it has sold the allotted number of orders each day, it shuts down the online shop. This online ordering system allows the firm to stagger when people show up to pick up their item, Erkes said. And the company fast-tracked development of a chatbot to answer users’ questions, as a way to limit customers’ time spent chatting up dispensary workers.

That said, Cresco Labs is trying to increase its physical footprint: The company is in the process of building five more brick-and-mortar stores in Illinois, and hiring 250 more employees, which will allow it to serve more online customers.

“It’s kind of like those old days of waiting for concert tickets to go on sale, where there’s people standing by their computers refreshing the screen to get in the queue to place an order,” Erkes said. “Once we get the number of orders that we think we can accommodate for the day, we’re shutting the platform down.”

In late February, Blackbird launched its redesigned marijuana marketplace after a year spent in development. Less than a month later, BlackbirdGo was stress tested for the first time.

“From a consumer perspective, the first two weeks we were the same as toilet paper,” Barghouti said. “People were panic buying.”

Blackbird has had to expand its storage capacity on Amazon Web Services. Data teams have had to manually switch retailers’ partner sites off and on to cope with overwhelming demand. And development of features that connect consumers to brands, like online loyalty programs, was fast-tracked.

Several business customers — both new and old — have reached out to Blackbird about implementing its software system.

“Take a whole tech team and tell them: ‘Everything you were doing last month? It doesn’t matter.’”

“Take a whole tech team and tell them: ‘Everything you were doing last month? It doesn’t matter,’” Barghouti said. “This is what we’re doing now.”

Last week, for example, engineers added a “Brands” tab to BlackbirdGo, where consumers can click and see which marijuana brands are available at what dispensaries nearby.

Blackbird also added a feature that allows retail customers to add a loyalty program to their individual e-commerce sites, giving consumers a way to sign up for email and text message marketing from dispensaries.

In the next few weeks, the business also plans to integrate a “leading last-mile delivery” service to its software, Barghouti said, allowing dispensaries that have recently switched to home delivery or pick-up to organize delivery of their online orders. The company has updated BlackbirdGo’s delivery settings to cope with pressing demand too.

Prior to Nevada’s mandated store closings, Blackbird promised online customers their order would arrive at their homes in two hours or less. Now, the firm has now switched to next-day delivery.

“That allowed us to take a higher number of orders in a day, and even complete more deliveries by the end of the day, than we were able to before,” Barghouti said.

How Coronavirus Is Changing the Cannabis Industry

Although out of sight, companies are investing in online features that keep them in consumers’ minds. Mayes said industry interest in discovery platforms like Baker — which is owned by the same parent company as Blackbird — has risen, since it allows cannabis brands to start e-commerce sites, as well as offers CRM and tracking software.

“For medical states where cannabis is on the essential list, it’s business as usual, if not an increase in the requirement of add-ons such as an online ordering system, tracking systems, social media aspects of things,” Mayes said.

Politicians are also looking for a way to streamline payment to cannatech companies. Since marijuana is not legal at a federal level, cannabis companies cannot receive loans from banks.

“All of this stimulus that’s happening for businesses and industries that are affected by coronavirus from the federal government, cannabis is not eligible for,” Barghouti said. “So even multinational corporations like us, we are not eligible for any of that relief.”

Barghouti said he hopes Senate officials follow the House of Representatives’ lead and pass the SAFE Banking Act, which would allow banks to provide loans to tech companies in the marijuana space, as well as reduce the reliance on cash at retail establishments.

Erkes said he believes representatives will move on the SAFE Banking Act soon over economic concerns.

“[COVID-19] will cause some states to consider cannabis legislation, other states to expand their cannabis programs, and even the federal government to move forward more quickly on things like the SAFE Banking Act,” he said.

“There’s definitely been some layoffs, but I think it’s a very positive sign that regulators in nearly every state have deemed cannabis essential. It gives it a stamp of credibility of how important it is to every community.”