Why spend big bucks to build a house when you can print one far more cheaply?

In 2018, the annual Austin creativity and tech conference South by Southwest pulsed with activity.  Attendees could see a band called Fish Police or another band called Cut Worms. There was a functional replica of the Westworld saloon.

Arguably, though, the most intriguing thing on display was a house. This wasn’t just any house; it was different from all the other houses in Austin. It was different, in fact, than any other house in America. Here's why: It had been 3D-printed in less than 24 hours at a cost of just $10,000. That’s less than a fancy Eurotrip.

Born out of a collaboration between high-tech hardware and construction company ICON and affordable housing non-profit New Story, the 800-square-foot dwelling was fully permitted, too, meaning it was move-in ready. 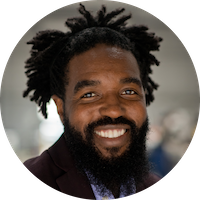 “I'd absolutely move my family into one tomorrow,” Dmitri Julius (left), director of operations at ICON, told Built In.

Now, only a year later, the ICON team is 3D-printing entire villages.

“Our mission is to make dignified housing accessible to everyone,” ICON CEO Jason Ballard explained in a video.

Unfortunately, demographers have estimated that more than 1.6 billion people lack adequate housing today, and that three billion people may need shelter by 2050. We’re a far cry from Ballard’s utopia, but ICON projects at least bring us closer to it. The company has printed a visitors’ center for Mobile Loaves & Fishes’ affordable housing village in Austin. And when Julius spoke with Built In, he was calling from an undisclosed Latin American country where the ICON team is hard at work printing a whole community for homeless and home-insecure families. I

t’s designed for “people that are typically the last to be served,” he said. “The most vulnerable among us are rarely the first to receive any new technology.”

A Spanish-speaker himself, Julius said the future inhabitants of ICON's latest homes have expressed  “joy” and “awe” — especially when they first lay eyes on the company's industrial 3D printer, a fantastical contraption that’s like nothing most of us have ever seen before.

ICON’s signature printer, the Vulcan, weighs a literal ton, is almost 12 feet tall and looks like a cross between a table and a weighlifting rack. Manned by a crew of four to six people, it can print structures that measure up to 28 feet wide by 81/2 feet tall.

In this context, “print” means scanning digital blueprints and transforming them into physical objects using an extruder, or mobile cartridge. The square block is outfitted with a nozzle and shifts back and forth on a bar that constantly raises and lowers itself to the perfect height. Material is squeezed out — in this case,  ICON’s proprietary concrete mixture Lavacrete — much the way a toothpaste tube dispenses toothpaste.

The printer is an obvious marvel of robotics, but Julius said the Lavacrete was also “a technical challenge.”

“How do you make something soft enough to be able to [flow] through multiple feet of tubing but ultimately rigid enough and [fast-curing] enough to have another layer sit up on it?”

At first, the engineers simply knew it had to be concrete, which doesn’t conduct heat like metal, and is cheap to make. Perhaps most important, it’s extremely durable.

“Concrete worldwide and throughout human history has been one of the most resilient materials you possibly could have,” Julius said. “One of the reasons humans started constructing bridges out of concrete is because they can stand in the water for hundreds of years and still be fine.”

“Some of the roadblocks that we faced were just based on the fact that what we're doing is barely possible.”

A disclaimer even appears on ICON’s website: “This is not science fiction.”

Will Robots Take Over Construction?

ICON isn’t the only company exploring the possibilities of 3D printing in construction. 3D printing technology could make the construction industry less wasteful and less reliant on lumber, two shifts that would reduce its environmental impact.

It could also totally revolutionize the real estate market by making customized homes affordable for more homebuyers. That would mean greatly increased revenues for companies like ICON, too. Real estate is a huge market; by one estimate, the U.S. housing market alone is worth $33.3 trillion.

Overseas, however, printed buildings are growing more popular. The United Arab Emirates, for instance, aims to function as a hub for 3D printed construction. By 2030 — just a decade from now — Dubai’s leadership hopes 3D-printed buildings make up 25 percent of the city’s real estate.

To give you a fuller picture of what’s happening in the realm of 3D-printed construction, we’ve rounded up five other companies leading the way.

What it does: Apis Cor’s humble mission is to autonomously 3D-print buildings “on Earth and beyond.” So far, just outside Moscow, the company has printed a tiny house (roughly 400 square feet) from concrete in 24 hours. Not only was the project done speedily, it only cost about $10,000. Apis Cor also won prizes in multiple stages of NASA’s printable human habitat contest, created to facilitate Mars exploration.

What it does: This non-profit aims to alleviate the affordable housing crisis by 3D-printing homes in places like Haiti, El Salvador and Bolivia — all using ICON’s Vulcan printer. New Story’s leadership team has so far raised $20 million to subsidize its construction projects, and it’s among the first nonprofit organizations to graduate from prestigious startup accelerator Y Combinator.

What it does: This company specializes in concrete printers that can produce an array of objects, including sturdy pillars, tiered fountains and entire homes. Its printer models range from six to 100 feet across (the bigger the printer, the bigger its potential projects) and require no fancy filament materials, operating instead with a simple mix of sand, cement and lime.

What it does: Founded by USC engineering professor Dr. Behrokh Khoshnevis, this company’s proprietary technology works quickly and cheaply: it can construct a 2,000-square-foot house in less than 24 hours. Though it’s not yet on the market, it’s internally projected to cut conventional construction costs by 80 percent. The secret? Robots so autonomous they could conceivably build housing on the moon. Khoshnevis thinks of Contour Crafting’s (earthbound) homes as potential affordable housing as well as shelter sites for disaster relief scenarios. The printers can also create wind turbines, bridges and other infrastructure.

What it does: This 3D printing construction company specializes in large structures like apartment complexes and office buildings, including what it claims is the tallest 3D-printed building ever: a six-story apartment complex in China’s Suzhou Industrial Park. The team also built the Office of the Future, an ultra-modern Dubai edifice that resembles a set of giant dominoes, using Winsun's signature 20-foot-high printer. Compared to American models, it’s a true Leviathan: toweringly high and more than 100 feet long.

Julius is unsure where the construction industry as a whole is headed.

“We don't spend a whole lot of time worrying about the other people in the industry,” he said.

Instead, he’s laser-focused on ICON and its advanced printing technology, which makes a whole new spectrum of aesthetic choices possible. The Vulcan, for instance, can make a curved wall as easily as a straight one — no highly-skilled professionals necessary. The printing technology easily allows for other touches, too, including shelves, niches and pegs built right into walls, or unusually placed windows and doors.

“You’ve got some really unique opportunities to place things... off center, which is not something you typically see on a traditional house,” Julius said.

However, the houses can also be styled in a conventional way.  The walls’ ribbed look — a distinctive byproduct of the layer-by-layer 3D-printing process — can be stuccoed until its indistinguishable from “a traditional sheetrock wall that has stucco on it.” Wood can also function as an accent in the concrete houses. Many of ICON’s houses have wood ceilings.

In other words, ICON’s houses don’t have to look futuristic or disruptive — but they’re both. ICON’s mission is usher in what Julius described as “a paradigm shift” that lets “the most vulnerable among us have an opportunity to live in a dignified home.”

The village his team is printing in Latin America, designed for families living on less than $200 a month, seems like a good start.