Is Football Ready for a Tech-Driven Revolution?

Although baseball and basketball have embraced a variety of analytical and technological solutions, football has been reluctant to do so. Until now. 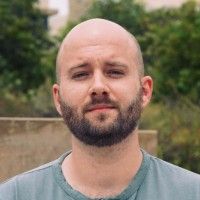 From the fan’s perspective, June and July are typically the quietest months in the football world. At the professional level, the draft and free agency have been settled. The trickle of news regarding recruiting commits is all that college football fans have to follow. Although this summer has been rather unique and engaging due to NIL legislation and its fallout, these months are typically focused on player development in the college football world.

In the time between spring camp ending in late May and the beginning of fall camp in late July, athletes typically spend their time developing a foundation of strength and conditioning training, reviewing film and refining position techniques. Although this idea is cliche, and maybe the most “coach-speak” phrase out there, the offseason truly is where elite programs and players separate themselves from the rest.

My firm, BreakAway Data, focuses on developing software and service offerings to help sports teams drive the player development process through applied technology and data. Although most people think of Moneyball when it comes to analytics in sports, meaning using analytics to dictate game strategy and roster construction, we believe that modern technology and analytics can be similarly applied to the player development process, minimizing the risk of injury, driving athletic development, and aiding in skill and technique refinement. Over the past year, we’ve been working with college football teams to do just that in three specific ways:

Biomechanical analysis is table stakes for success in Major League Baseball, eloquently outlined in The MVP Machine, and has been for close to a decade. Nearly all clubs employ an R&D staff that builds biomechanical models to help improve the development of their hitters and pitchers, among other projects. In addition to individual teams, organizations like Driveline Baseball have significantly advanced the frontier of how biomechanics can improve the development of pitchers.

Though not as prevalent as in baseball, basketball organizations have likewise begun to incorporate biomechanical analysis to improve players’ athleticism and prevent injuries.  Organizations like P3 attend the NBA combine every year, an event where all of the draft-eligible players showcase their talent and athleticism for professional teams. P3 collects granular biomechanical data on the athleticism and injury potential of these athletes, providing teams and athletes with targeted training guidance and insights regarding their athletic ceilings.

In football, however, very little use is made of biomechanical and motion capture technology. The incredibly dynamic nature of how the sport is played — different positions essentially play different sports — combined with the larger roster sizes of a football team (more than 70 for NFL teams and more than 100 for NCAA) make implementing motion capture, traditionally a time-consuming process, challenging. One of our goals, then, is to change this status quo.

Recently, my company has begun to develop a motion capture assessment system specifically designed for quarterbacks. Although pitchers and quarterbacks play their respective games very differently (among other things, pitchers are proactive whereas quarterbacks are reactive), the technology and process that baseball uses can be adapted for quarterbacks to account for the differences in position. This adaptation gives us an opportunity to capture and analyze biomechanical and ball-specific QB data to better understand the “why” of QB play.

My firm has recently started to tackle this challenge with the QB Collective by developing a technology stack that allows us to quantify an athlete’s throwing motion with markerless motion capture software along with detailed throw metrics like throw velocity, spin rate and accuracy.

Motion capture can be markered or markerless.  Markered motion capture involves wearing a sensor-covered bodysuit, most commonly seen during the development of video games and animated films. Although this approach is incredibly accurate, the logistical setup is quite cumbersome. Markerless motion capture produces the same outcome, creating a 3D model of the body in digital space, but without the need for a specialized suit. This method allows the capture set-up to be quicker and much more natural, two crucial factors for adoption in the football world.  The video below shows a quick demonstration of how this technology looks when deployed in a football setting.

A highlight reel of quarterback biomechanics.

We believe that, in the developmental period of summer, both college and NFL programs can leverage this type of technology to evaluate a QB’s mechanics with laser precision.  Teams can derive numerous metrics from this process relating to the ball, the QB’s rotational velocity, his footwork and more. With these metrics, teams can analyze a player’s ceiling (i.e., What does his best look like?) and his consistency (i.e., How well can he repeat it?). Additionally, colleges can use this technology stack to evaluate potential recruits in their annual summer camps.

Although technology like this will never replace the human element of scouting and coaching, it can help teams cast a wider net and unearth qualities of QB play that are simply too fast for the human eye to see.  For example, one scenario we discuss with college programs is using this tool to “unearth” a three-star high school QB who has the underlying mechanics to improve his arm strength, but never would have gotten that shot without the data generated by this assessment. As teams collect more and more data, we will be able to provide better insights into what truly drives an accurate, fast, and high-spin throw. All this will lead to a future in which QB development looks similar to how pitchers are developed in baseball.

Nearly every Division 1 college football program uses some form of GPS tracking. In this process, athletes wear a device during a game or practice that tracks their movement. Although many different providers are out there — Catapult, Titan and Polar to name a few — all of them generate the same raw data. They track the latitude and longitude of an athlete at some sampling rate, usually either 10 or 20hz.

Currently, programs use this technology to monitor workload of their athletes, a process known as load management designed to prevent injuries. They may also obtain a few simple metrics like a player’s overall top speed potential.

Although these metrics are certainly useful, the raw data provided by these devices provide the foundation for many more applied and football-specific use cases. For example, data scientists could work with position coaches to understand the drills run in practice like route running for wide receivers or bag drills for offensive and defensive linemen. Using that geospatial data, the team could derive position-specific metrics for each drill.

Instead of just tracking each player’s top speed during practice, we can now understand individual parts of a player’s skill set in detail. For instance, teams could track the exact time it took a player to break in on a route or the top speed a receiver reached before cutting. This level of detail would allow coaches to quantify what they see in practice and serve as a gauge for a player’s progress.

To illustrate the possibilities, we performed this type of analysis for the XFL in 2019. In the test, we had wide receivers run a route tree while wearing a GPS device. This allowed us to break down the strengths and weaknesses of potential players for coaches.

Analysis of an XFL wide receiver.

In the video above, the WR was wearing a GPS device and running through a route tree. With the data collected from the device, which recorded information at every tenth of a second, we were able to create specific route-running metrics, like post-corner break time, for example, to identify his “football speed.”

We believe a team could build out this concept for every position and then scale it across the entire roster to drive player development. Additionally, this type of analysis can serve as a diagnostic tool to understand if and where a player's athleticism breaks down.

With these new analytics, we can quantify athleticism in new ways. On the most basic level, we can track raw data from combine drills like the 40 yard dash. The next step would be this concept, quantifying how that athleticism translates in controlled, football specific drills like route running. Finally, a team can then observe the same metrics in-game to see how they translate when it really matters.

Much has been made of how traditional combine drill results are not indicators of success at the next level, primarily due to how little these drills represent the contextual nature of the sport. The development of this analytical regimen creates the bridge between combine drills and actual in-game performance, allowing for more predictive metrics that better represent the skills demanded of players within the game.

More in DataHere’s What the Future of Data Looks Like

Even with the best metrics and measurement tools, player development will always come down to the athlete and his or her willingness to engage, work and train. Despite their near-superhuman feats on the field, athletes are still people who go through the same ebbs and flows of motivation as we all do. Training is challenging and monotonous, and the feedback cycle is rather delayed, coming over years, not days.

To address this problem, one area that many programs are currently exploring is how to best “gamify” the development process to help with motivation and make the training process more engaging. Multiple companies in other sectors have taken the same approach, turning a boring, yet important, concept into a more engaging and streamlined game. For example, Mint has successfully used these principles with personal finance.

Luckily, the template for this concept in football could be an example in which real life imitates art. The rating systems for games like Madden and NCAA Football 2014 (RIP) are perfect vehicles for showing progression in real life. For example, a player’s speed rating can be determined by his GPS metrics, his strength determined by his performance in the weight room, and so on.

By turning the data a team collects into an engaging format that shortens the feedback cycle of the training process and putting it into the hands of an athlete, teams will see better training results due to higher athlete engagement, along with better data literacy.  Ultimately, gamifying the player development process is the best way to ensure that a team sees results from its efforts in training.

In short, the world of football has myriad opportunities to continue to innovate on the player development front with technology. By adopting practices from other sports, finding new use cases with currently implemented technology, and using gamification/visualization to engage further motivate players, schools can find competitive advantages and set their athletes up for success at the next level.