What Kind of U.S. Work Visa Should Foreign Founders Apply For?

Why the lesser-known O-1 can be a better bet than the lottery-based H-1B. 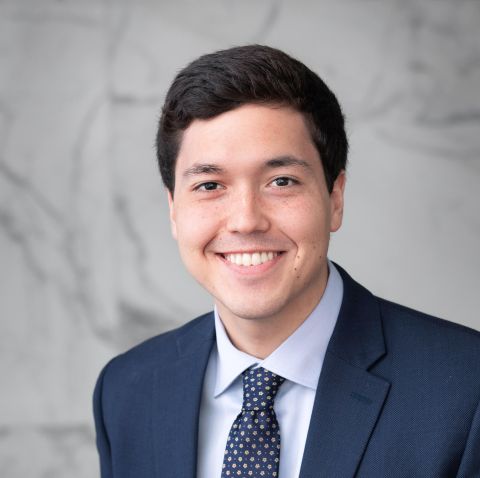 Recently, I was speaking with a founder and mentioned that I am a board observer for a startup called Legalpad, which specializes in work visa automation. The topic of visas immediately took center stage in our conversation, and the founder started walking me through the troubles they’ve had with getting one.

For starters, they did not know whether a visa was even available. If it were available, they had no clue what kind to get or even how to start with the paperwork. He told me that the ability to stay in the United States was one of his biggest stressors on top of all of his startup duties. In short, the work visa issue was a central obstacle on their entrepreneurial path.

Unfortunately, his story is not uncommon among entrepreneurs.

In 2018, the National Foundation for American Policy found that, of 91 startups valued at $1 billion, 55 percent have a founder who immigrated from a foreign country. As a senior associate at Amplo, I see this proportion reflected in my interactions with startups’ founding teams. Immigration issues are one of the many hurdles that most startup founders have to overcome, and this article will help you determine which visa is right for you: the well-known H-1B, or the one that offers most founders a better path, the O-1 visa for extraordinary ability.

Both the H-1B and the O-1 visas can grant startups founders temporary work status within the United States. However, their differences reveal why the O-1 is the preferred visa for founders.

O-1s are awarded to those who show “exceptional” ability in the sciences, athletics, business or education. Many founders mistakenly believe that they do not meet the “exceptional” ability standard. This is likely because U.S. Customs and Immigration Services have listed the Nobel Prize as an example of an award that would qualify. However, outside of these high-profile international awards, founders can qualify for the O-1A by meeting three of the following criteria:

The H-1B visa is only given for specialty occupations, which means that the minimum education requirement for an H-1B is typically just a bachelor’s degree. The O-1 visa demands proof of extraordinary ability, so many founders assume that the H-1B’s lower requirement means that it’s a better option. However, further analysis reveals why this superficial conclusion is often not the case for four reasons.

First, the O-1 is much more flexible from a timing perspective than the H-1Bs. The dreaded H-1B lottery only comes once a year in April, and the H-1B’s start date of October 1 often means a founder has to sit on the bench for a momentum-crushing six months if they survive the H-1B lottery.

That big “if” brings up the second reason that O-1s are better: Chances of getting a visa are lower than you’d think based on availability and have surprisingly difficult occupational requirements. On the availability issue, the H-1B lottery means that the vast majority of H-1Bs never survive the H-1B lottery. And of the few H-1Bs that survive the lottery, many startup founders’ degrees do not align with their job titles. For example, a founder’s degree in computer science may not align with their occupation of CEO, which invites a denial from the government at the post-lottery adjudication stage.

Fourth, O-1 approval rates are higher than people think. Legalpad, the company mentioned above, has a 98 percent approval rate for the O-1 petitions they file. Here is how they are fitting founders into the above criteria as explained to me by Legalpad’s corporate counsel, Nhu-Y Le: “We have been successful in making arguments that satisfy the award, membership and critical role requirements based on traits that are common to most founders.”

For these reasons, I strongly suggest the O-1 to founders I meet because of the H-1B’s issues on timing, likelihood of success and salary savings. Even better, the O-1 puts founders in a great position to later apply for an EB-1 or EB-2 immigrant petition, which both offer a path toward a Green Card — something a lot of founders don’t even consider as a great long-term strategy.

More From Samuel GarciaLawyer Up: In Priced Rounds, Don’t Skimp on Your Legal Plan