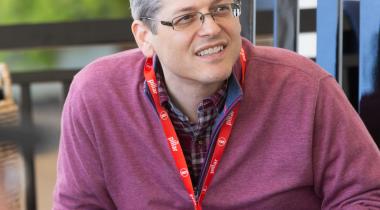 Partner at Pillar VC and venture partner at the Harvard Rock Center. He was previously the founder and CEO of E Ink, Transatomic Power, and Piper Therapeutics.

Partner at Pillar VC and venture partner at the Harvard Rock Center. He was previously the founder and CEO of E Ink, Transatomic Power, and Piper Therapeutics.

You’re pitching, but are they buying? What’s going on in the mind of that VC? The VC’s decision to invest comes down to four elements: investment scope, making a bet on the right people, unicorn potential and the value of the financial deal.

1. Is this within my investment scope at this time?

First-time founders hear a lot of rejections because they reach out to the wrong VC.

Most VC partners specialize on a stage, a geography and/or an industry.

So it is fair to say that if you pick a VC at random, you will probably hear a no, simply because your deal is out of scope.

Always do your homework: Make sure that the partner you are approaching has been investing in deals that look similar to yours, while not directly competitive to yours.

VC funds are usually diversified. That means if the firm you are meeting has already backed two logistics companies, and you are a third, then you may hear a no just because they do not want to be overweighted.

Some VC firms run out of money. The typical VC fund has a 10-year lifespan, but the first checks are mostly written during the first three years and the rest is deployed gradually to support existing deals. So during year three, the VC is also raising money for the next fund. If that takes longer than hoped, the VC firm may have a gap period where it cannot actually back new companies. Sadly, these VCs will still take meetings with new founders, because they want to keep up appearances.

Check for this by asking the VC whether he or she has closed any deals in the past six months. If not, assume they are out raising money rather than writing checks.

Finally, individual VC partners have more or less bandwidth as the year goes by. A partner who has just closed two deals may take a meeting with you, because that’s the job, but the bar on moving ahead could be sky-high for reasons that have nothing to do with you!

You can get a sense for this by checking whether the VC is on more than 12 boards. If so, you can expect the bar will be very high.

Although the usual investor pitch is 30 to 60 minutes long, half of the action is over in the first two minutes.

Those two minutes are when you introduce yourself. The VC is thinking, “Before I give this person $2 million, how well does he or she spend two minutes? Is the founder clear, organized, factual, persuasive and well-fit to the challenge ahead? Or, meandering, boastful, stubborn, defensive and new to the industry?”

Venture investing requires faith in the founders, and this is especially true at the early stages. After all, the business plan is a digital document that will probably keep changing after the check is deposited. All a VC really can rely on at the seed stage are the people. So your pitch begins with yourself.

VCs are a bit like sports fans, hoping that the team they backed will win. They don’t actually have much, if any, sway over the result. A VC will ask: Am I ready to stand back and entrust my career to this person? Build that trust throughout your presentation by stating facts, speaking succinctly, staying on topic, using clear exhibits, and answering questions honestly and straightforwardly.

We are looking in particular for founders who have the mental toughness to be an entrepreneur, and who stand out as driven, persuasive, practical and self-improving. These are star people.

And it’s not just you alone — it’s the chemistry between the founder-VC pair and whether your approaches are and will remain compatible, hopefully over years. Like two people sharing a seat on a roller coaster, they are bound together through highs and lows, and there may well be a lot of terror and screaming along the way. Is this founder someone who will wear well under stress and uncertainty? Does the VC sense enough mutual respect to feel confident that the founder will listen to input and advice?

3. Is this company going to be a unicorn?

If we like the founder, then another 80 percent of the pitches we hear fail at this step. Plenty of them are OK business ideas, even good ones. But not potential unicorns.

Technology investing follows the power law, which means that the top few deals generate most of the profits. The career of a VC comes down to one question: how many unicorns did you back?

If you do not soberly believe you and your company have what it takes to build a unicorn, then you should not raise money from VCs. Even if you could sweet talk them into investing in a company that has a lower trajectory, they will just grow miserable later and make trouble.

What if you aren’t sure? Don’t expect the VC to know either. The VC will cheerfully offer you opinions, stated with certainty. Whether that will actually help you is random. The right next step is more diligence on your part. Research and resolve the uncertainties.

When I first became a VC, I thought the job was mostly about using my analytical skills to sort through different pitches and laboriously find the best ones. In fact, true unicorn opportunities are so rare that they immediately stand out on their own. You sense it within the first few minutes. And great founders know it before they even walk in the door, and they have the easiest pitches because all they have to do is clearly explain why. The rest of the hour is spent talking about the company, but the subtext is really just the founder and the VC getting to know each other better.

Expect an interested VC to ask to see your budget and schedule, and to ask to speak with some of your customers or prospects. In the background, the VC will also be making calls to gain more confidence in your idea and you. If all goes well, these third parties are all gushing with enthusiasm, and the VC will start to see the potential unicorn upside of your business.

4. Is this a good financial deal?

Let’s say all the factors above have aligned. At this point, the VC wants to say yes! But we still have the question of price and allocation.

The fastest way to figure this out is to ask the VC what the sweet spot check size is for their fund and whether they have an ownership target. For example, if a seed fund likes to write checks of $1-2 million for 15 percent post-money ownership, then you can figure out their likely window of valuation expectations and whether it matches your own.

Most founders think a high valuation is the goal, and it is, but only to a point. Once you are in a reasonable ballpark that is similar to other deals in your stage, stay flexible on price so you can choose your favorite investor. Demanding a high valuation will make the best investors flee, and all you will have left are the investors who don’t have other good options, i.e. the lower-tier investors.

An unrealistically high valuation in this round will also create unrealistically high expectations for the next round, so the founder is setting up the company to look bad a year down the road. Wise VCs will just walk away from the start and spare themselves the disappointment later.

Finally, once the price is OK, a VC may still need to invest at least a certain check size in order to say yes. As explained above, a VC partner can only handle so many deals at a time so they may need to put a certain amount of cash to work. The good news is VCs will not be shy about explaining their allocation minimums, if they like your deal.

As you can see, many of the factors that a VC considers have nothing to do with your pitch. Others, like personal chemistry, are hard to predict. And in the end, you will need a unicorn-potential concept.

Don’t give up though! About 2,000 seed deals close every year in the United States.

If you can successfully navigate all these hurdles, try to find more than one VC who wants to lead your deal. Then you can be sure of a fair price and also pick the VC you like best.