There Are Only 3 Ways to Generate App Revenue

When you’re not selling a physical product, you’ve got three ways to monetize. 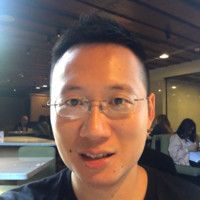 A paradox of doing business online is that there are a myriad of products and services, but there are so few ways to monetize them. There are apps for everything—ordering food, shopping, grocery delivery, dog walking, running a virtual farm with your friends, socializing, sharing pics, home decor tips, etc.

But how do most of these apps make money? If they’re not directly selling products and services, it’s usually one of three ways:

Internet businesses are at once complicated and simple. Internet businesses are so easy to start thanks to all that VC funding (looking at you, SoftBank) and the ability to outsource everything besides your secret sauce to the cloud. That’s where the simplicity stops, though. Growing and sustaining a business is complicated because there are so many tricks to building an audience, maintaining it, and encouraging users to be engaged.  There’s a ton of competition for users’ attention.

However, once that audience has been built, monetization is decidedly less complicated. Imagine you’re an executive of an online business. Take a look at what your platform is and the answer will evolve out of that, more or less naturally, into one of these three categories:

If I am a platform that facilitates the exchange and sharing of information, then my advantage is data. I know a lot about my users based on actions they’ve taken and the information they’ve shared on my app or site. This information is useful to vendors who want to sell things to my users. Thus, I am in the sales lead generation and advertising business. The key for my company is to find one group of people who really want to transact with another group and then use my data and/or platform to help them do so.

If I am a productivity or planning tool that simplifies or automates an annoying task that people used to have to do with intricate spreadsheets, custom tools/databases, or a Microsoft app with terrible UX, then my advantage is lock-in. If my UX is truly delightful, then once you try my product, like it, and start using it for more and more of your processes, I’ve got you hooked. At that point, it would be a pain to switch (or go back), so you have no choice but to subscribe to my premium plan that provides more seats, more memory, more functionality, etc.

If I employ a gamification strategy or my product is literally a game, then I have no choice but to monetize through in-app purchases. Every in-app experience is a thinly veiled sales attempt. This increases customer lock-in and allows me to earn volatile-but-still-recurring revenues from my users. I need to avoid both gouging my customers and allowing them to pay to win. Either one wrecks my game’s user base—customers who feel ripped off will leave, as will customers who feel that my game/service lacks fair balance, as users who are willing to pay more can earn significant advantages. An offshoot of this is customization: if my users care enough about their online identity, they will pay to customize the look and feel of their character or app experience.

“Free” services like Google, Facebook, Zillow, or Twitter aren’t truly free. The unspoken agreement is that companies like Google get to keep and use our data to make money. Because of their usefulness and ubiquity, we spend a ton of time interacting with these services. Thus, they know practically everything about us and can use that data to help advertisers target ads. The amount of time users spend on these websites and apps gives them a lot of ad inventory, or space to show a particular user a particular, relevant ad. More space means more potential ad revenue.

This market is great for incumbents, especially Google and Facebook, who dominate the digital ad market. They’ve got the edge on sheer volume. That means that if you’re a new kid on the block, you’ve got to carve out your own niche. It’s hard to know more about a user than Google and Facebook do, so what you know becomes much more important—you need something unique and proprietary.

It’s hard to be a generalist on the Internet. At first glance, it looks like a land of limitless opportunity. But a closer examination shows that it’s a brutally competitive fight over limited revenue streams, unless you’re one of the true giants. That’s why differentiation is even more critical online than off. If you would like to earn a nontrivial piece of the ad pie, you had better really specialize and develop useful data that even a Google, Facebook, or Amazon can’t easily replicate.

A company like Zillow is a good example of this. Through deep interactions with their users around real estate, they’ve built a unique niche as the platform that connects home buyers and sellers with real estate-related service vendors.

Read More From Tony Yiu on Built InHow Do You Prove Causality?

If the business is in SaaS, then it will depend on subscription revenue. I hypothesize that one of the reasons SaaS businesses own such high valuation multiples is that they aren’t forced to compete for digital ad dollars with the Internet behemoths. In the SaaS landscape of the past few years, you didn’t need to beat Google or Facebook to make money, you just needed to beat a Microsoft Excel spreadsheet. The same goes for any other app/software with subpar and annoying UX.

It’s partially because of how entrenched Microsoft apps were (and still are) in enterprise, especially at the CIO level, that SaaS vendors chose to compete the way they do—no one gets fired for choosing Microsoft. So SaaS applications skirted around this by being free and easy to try, and by appealing directly to engineers instead of CIOs. Unfortunately, this means that SaaS apps start to make money for the vendor only after the customer has committed to higher usage or more advanced functionality. Still, once a customer is locked in and the SaaS vendor becomes a critical part of their process, it means years of stable recurring revenue.

Microsoft is not standing still, either. It sees the massive potential of the enterprise SaaS market and is going after all of it hard—with its selling point being that it’s a one-stop shop of integrated applications and solutions. For some IT professionals, that’s enough (and that Windows and Office come bundled at a discount price is a sweetener).

I focus on SaaS in this article, but another way to stake out a stream of subscription revenues is by taking share from offline (traditional) subscriptions. Some obvious examples are Netflix and Spotify. A combination of cost savings and a great user experience are usually enough to get users to give your service a try. But to earn true customer loyalty and truly attractive economics for your business, you need unique content (e.g. Netflix Originals or Spotify’s proprietary podcasts), which can be incredibly expensive. This transitions your business from being just another set of pipes to a product that customers demand, giving you significantly more bargaining power with content creators.

This is the hardest because it’s usually consumers not enterprises who are the customers, and modern consumers are a fickle bunch. In-app revenue is heavily tied to a company’s ability to produce hits.

Take a game for example. If the game is not a hit, no one will play it and there will be no opportunities to sell in-game items. And even if the game is a hit, if the in-app purchases are not themselves hits, then no items will be sold.

It’s hard to make a hit, and even harder to do it consistently. Hits are by nature viral, and viral things are by definition unpredictable. They can be explained in retrospect, but are incredibly hard to produce systematically. The examples that always flash in my mind are Zynga (Farmville) and King Digital (Candy Crush). Neither company was able to recapture the success of their massive first hits and saw their revenues dry up as their user bases gradually moved on.

Franchises help (think Pokemon or World of Warcraft), but much like developing original content, building a franchise is incredibly expensive with no guarantees of success. I’m no expert on in-app purchases so my only advice would be to strive hard to find balance across two vectors. First, non-recurring in-app purchases need to find the right mix of being useful, attractive, and fair. And second, from a business perspective, in-app purchases also need to find a middle ground between outright spam, as users will get sick if potential purchases are constantly shoved in their faces, and being too sparse, to maximize the potential to monetize before the crowd moves on.